An Interview With The Atlas 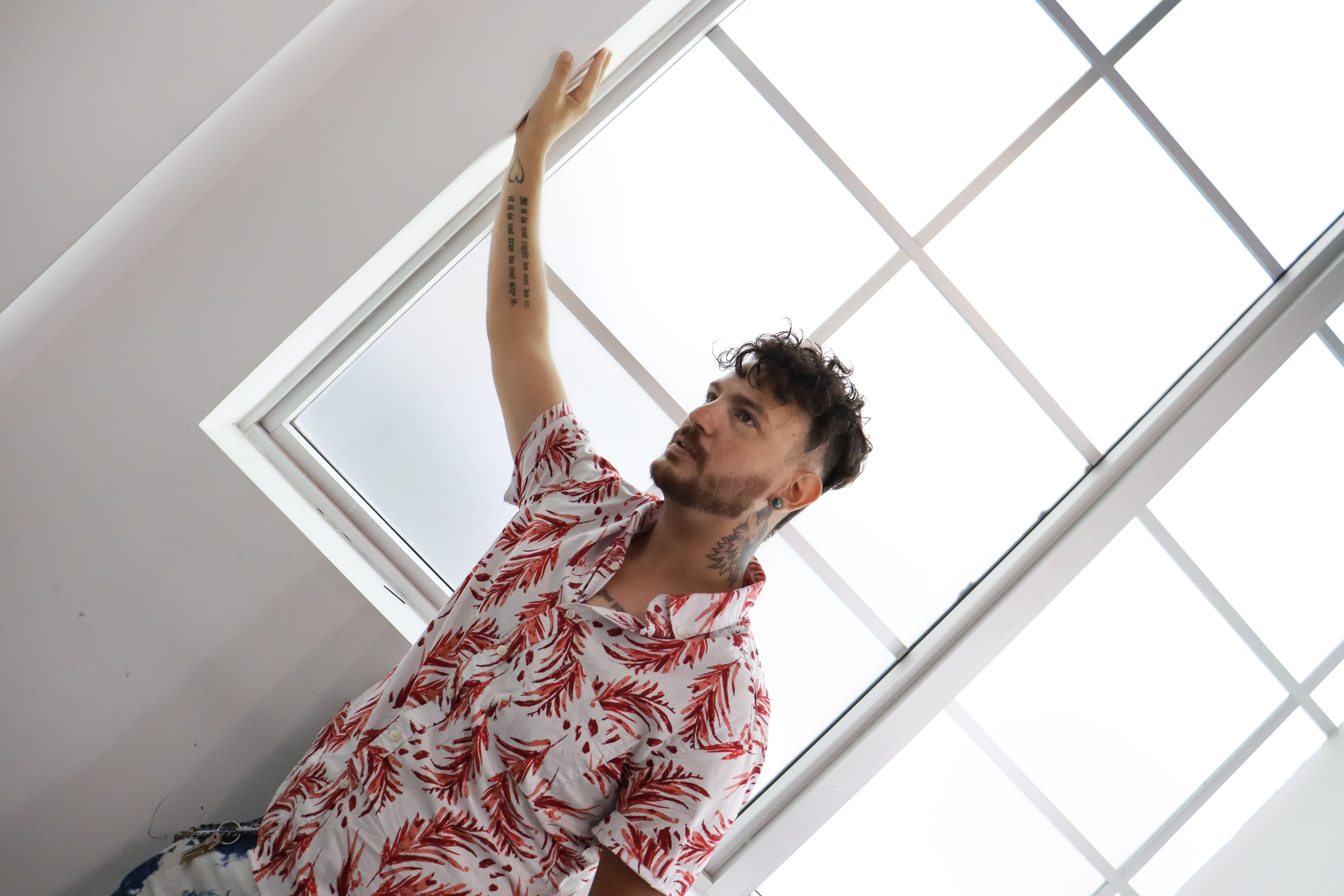 A brand new release from The Atlas brings some outstanding future synth-pop with full bodied textures, a gorgeous palette of sounds, and passionately performed vocals that all come together to create an atmosphere that becomes engulfing in the best ways possible.

"Her Touch" is a youthful and lively pop single that boasts some edgy and colorful synths and keys to go along with a heavy hitting beat and tasteful R&B infused vocals that swell and sway.

The track is laced with layers of scattered notes that swim through the ether of the song and melt together seamlessly as each tone compliments the other.

This single is alive and breathing and has a wonderfully youthful energy that becomes quickly infectious.

Lush with heart and style, "Her Touch" has character and lets The Atlas shine in terms of presence and songwriting.

Spacious sections build into choruses and everything is coated in an ambient undertone that is absolutely packed with sound.

This feels like a massive and vast sonic soundscape and there is pop sensibility oozing from every aspect of its existence.

"Her Touch" is absolute fun and really brings together that future and retro sound without a hitch.

It all works so well it's almost intimidating.

This single feels good to listen to. It's incredibly danceable and charming as vocals come through with silk smoothness that just adds to the already bountiful attitude the song portrays.

You can hear a clear love for his craft shining through every crack of this song and the whole thing proves itself as a great example of a youth in songwriters that create music with fewer boundaries than ever before but make it sound damn good.

A short but sweet single that has plenty of heart, "Her Touch" delivers one hell of a pop song that belongs on the air waves right now.

We hope this is where pop music is headed because if so, we're in for a good year musically and we'll have artists like The Atlas to thank for it.

This was completely refreshing and it's amazing to have a song like this get stuck in your head for days.

With such a killer release, we wanted to have a sit down with The Atlas to talk about where this came from and where it may be heading.

TSWS: Okay so let's start off with "Her Touch". This track has an amazing synth-pop feel blended with indie-pop. Where did
this track come from?

It came from my head lol – but seriously, I don't really overthink too much on the style I'm writing, I had the intro
melody stuck in my head for a few days until I finally decided to sit down and write the song. Growing up I was a fan
of dance-pop style music like Backstreet Boys and Cher, to name a few, mostly due to my mother who would play it
while cleaning the house!

TSWS: You have a great almost dream-pop sound. Who are some of your biggest musical influences really?

Thank you for noticing! My influences are all over the place from Omarion, to BT, currently The Weeknd, and Post
Malone. I guess the sound came mostly from my time writing progressive metal where I always like to use ambient
sounds and heavy reverbs. I do have to mention that my engineer Javi Melo (https://www.jmelorecordings.com/) was
also a big part of the sound design so it is a mutual effort.

I have been doing music in general for 15 years and it all began with a cheap electric guitar and playing metal. I didn&#39;t
have a studio for myself until 2015 when I decided to start recording the things I was writing. A few bands after that, I
decided to go solo into what I grew up with - pop, r&b, dance and rap at the beginning of this year.
I really wanted to do something I enjoyed, as I lost interest in playing metal. The guitar didn&#39;t inspire me anymore and
when writing lyrics, I found myself always thinking of melodies in a pop sense, so I took the plunge and have really
been enjoying it ever since.

Currently I am working on an upcoming EP and have an album worth of instrumentals to write lyrics for. Most of the
stuff is in the works, including a future music video with a very talented feature artist!

I like to spend time hanging out with family and friends and talking about future goals - not only with people directly in
front of me, but also with the awesome friends I have made online. I have to give all of them a shout-out because
without them none of this venture would be possible.

As of late I have been obsessed with the new Weeknd tracks he did with Belly and Naz. It's a nonstop replay for me! I
have also been listening to a lot of Post Malone and Zayn. Zayn’s new album ‘Nobody is Listening’ is one of my
favorites so far!

TSWS: What do you use to record? What kind of synths and software?

Surprisingly for “Her Touch” I used all stock library synths from Alchemy in Logic so it was done all &quot;in the box&quot;for
the instrumentals. The vocals I recorded with Javi Melo in his studio and he used an SM7B patched into some gear he
has.

I am definitely planning on some live shows - maybe not in the near future, but sometime mid next year would be
ideal!

TSWS: You wake up in the middle of the night starving. What's your go -to midnight snack? (a question of character here)

I have to say my guilty pleasure is Moose Tracks ice cream, or anything with chocolate and peanut butter! You want to
see my biggest smile? Then toss me a Reese’s cup!

TSWS: Any music videos on the way this year?

We currently have plans for it with Revolt Entertainment (https://www.revoltentertainment.co/). I say “we” because
there is a team behind The Atlas and it's not just me necessarily running the show. Things like videos take assitional
amounts of planning and timing but as mentioned, I do have something in the works which I am hoping that can be
announced soon!

First off, thank you for taking the time to have me for an interview. It was a pleasure and kept me on my toes!
I don&#39;t even know where to begin really. My team, friends, and fans have been incredible from all over the globe. So
many people have been supportive and there for me, even when I was going through a rough time. Some of them have
seen me grow through my former projects into what is now ‘The Atlas’ which is awesome

and truly, there aren’tenough words to fully express my gratitude for standing by me.

To all the current and future fans: I want to encourage you to follow your own path and invest energy into things you
want to do and love. Don't let anyone hold you back or keep you from chasing your goals. Whether it is a musical path
- or any other endeavor you may want to create - be uniquely you and continue following the path that your heart
desires. Only you personally know what that dream is and life is much too short to not be doing something you love.