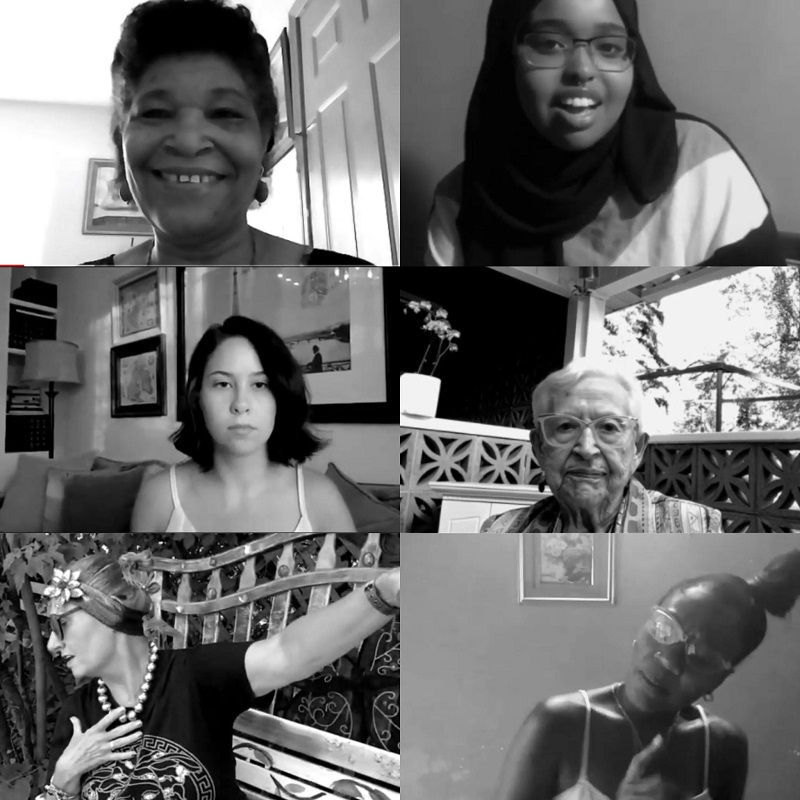 The Bad Breed just released a relevant and beautifully performed soul banger that reaches deep into your heart and pulls all the strings it can in mere seconds.

"Not In My Life" is a personal and passionate song sung with love and life.

Dripping with soul, the track feels like an instant classic to say the least.

Combining blues guitar work in the vein of Stevie Ray Vaughn and powerful belting vocals and on top of that, they pepper on hooks and before you know it, you feel a warmth. That warmth is this song taking over, and it feels good.

"Not In My Life" seems like something you would hear in a film or a scene of a show where someone is staring out the window into the downpouring rain and contemplating the hurt they are feeling.

The accompanying video is a wonderfully strung together group of clips where an array of different people of all races, ages, and sexes sing lines to the song and it gives off a certain freeing feeling.

The song is for literally everyone. Everyone can relate to it and anyone can feel the emotion of it.

Both song and video are quite a work of art and it's exactly the type of song that should be spread around and shared as much as possible.

It's been quite some time since you've heard a purity in songwriting and performance as this and The Bad Breed pulls it off without a hitch.

I think we can all learn something from this group and how, when you have the right people, the right performances, and the right passion, you can release a song that boasts power.

"Not In My Life" shines so bright that we had to sit down and have a chat with them to find out where this all came from.

TSWS: Okay let's begin with "Not in My Life". This track has such a classic soul feel to it. Passionate vocals and a message we can all relate to. Where did this song come from?

TBB: First of all, thank you for the kind words. With this one we wanted to write an anthemic soul song to be the album closer. We knew that we wanted everybody’s voice on this track. And yes lyrically I went simple so that it could be a universal message. I had been through a couple of very difficult years that ended with the death of my long-time partner. And getting together with this group and writing the songs was a huge part of me just coming back to life. The song was also written at a time when I was falling in love with somebody. So to me it just said everything I wanted to say.

TBB: On this track groups like Curtis Mayfield and the Impressions as well as Aretha Franklin and Otis Redding were definitely on our minds. Also artists like Bruce Springsteen and Van Morrison. We just wanted to go really, really big and exploit the power of our voices.

TBB: It started a few years ago as more of a straightforward punk rock/garage rock all-male four-piece. We put out one record and then basically my life fell apart and I stopped doing music for a number of years. So this version of the group is a resurrection of the original idea and an expansion on it with all kinds of new musicians and ideas.

TSWS: The video for “Not in My Life” was excellent to watch! Did it take a lot of time coordinating all those people for the video?

TBB: Thank you again! Yeah it did! Maylin, our bass player, is originally from Havana, Cuba and she coordinated a number of people from her family and friends back home. Some of the people that we featured don’t speak English as their first language so there was definitely some choreography on our part! We all reached into our lives to find people from all walks of life to really drive home the universality of the song.

TSWS: What do you think is next for you?

TBB: We’ve got a couple of other singles that we shot footage for before the big lockdown so there will be more video releases. And in an ideal world we are hoping to do a tour of Cuba at the end of 2021. Keep your fingers crossed for us! In the meantime when it’s possible we will continue to write and get better. We’ve added a couple of new members so we’ve got lots of exciting stuff coming up.

TSWS: Is “Not in My Life” part of the upcoming “Ferocious Love” album?

TBB: Yes!! It is the big closing track of the record.

TBB: The album is out now on all streaming platforms. “Not in My Life” is our latest single. We released two singles previously.

TSWS: Can we expect more in the style of “Not in My Life” when it comes to the album?

TBB: The album has eight songs on it and it truly is diverse. There are no other songs exactly like this and none of the songs fit a simple formula. We go everywhere from a rock/funk mix on a track like “War With Myself” to a song like “As Promised”, which is a mixture of piano ballad and free jazz. We wanted to create a collection of songs that felt timeless.

TSWS: What is everyone doing when they are not working on music?

TBB: Maylin is working on her PhD as is our other vocalist Catia. Our pianist Denzel is in high school and I drive for a living.

TBB: I take a lot of things directly from my personal life as well as movies and books, and driving people around for a living you hear a lot of snippets of conversations and some of them really stand out and make their way into my lyrics.

TBB: I hope you check out our album “The Bad Breed in Ferocious Love” and I hope it touches something inside of you!