An Interview With The Banquets 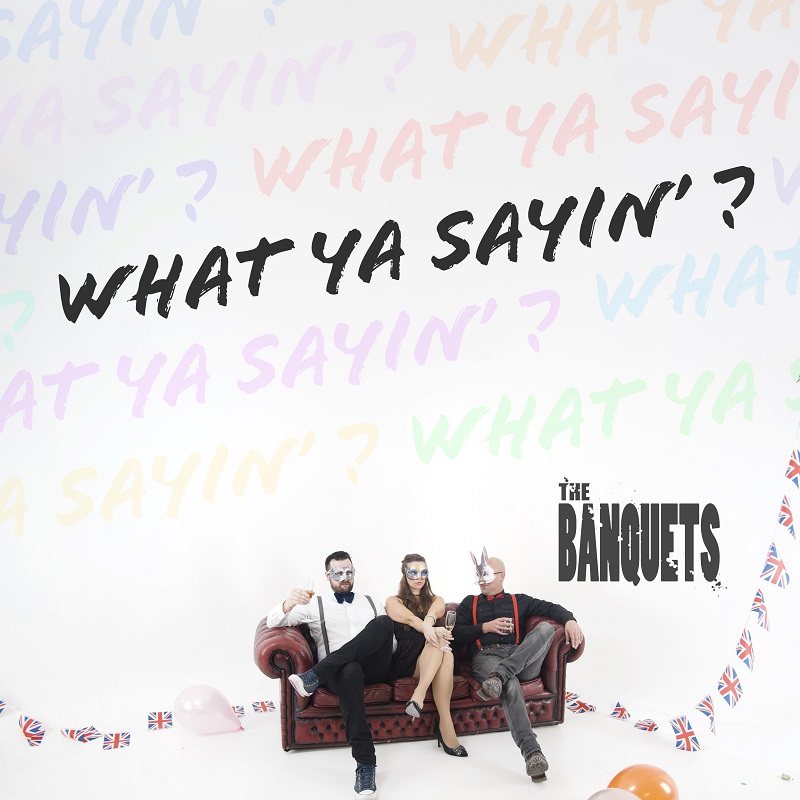 The Banquets just hit us all with a brand new ultra pop rock single that keeps alternative undertones and gives off an insanely fun and colorful feel from start to finish.

"What Ya Sayin'" is a damn good time as it keeps you bopping along with its infectious rhythm and slightly fuzztone vocals.

This song has heart, life, and a raw energy that's unbeatable.

A bright and catchy tune, "What Ya Sayin'" is a get up and dance type of song. You'll be dancing around your room or shaking your ass in your seat (if your driving of course).

Soulful and vibrant vocals match the songs life and creates something quite special.

This is a radio pop banger that is literally great for pretty much anyone no matter what age, sex, or race.

The accompanying video is just as fun as the song itself and really shows the bands character as they all dance around and play their instruments in different outfits with swag and gusto.

That's the thing; the fun is addictive. We all need a good time right now and The Banquets are delivering it to us on a silver platter.

It's great to see a band let loose and get down this way and shake it all off.

The song helps us all shake it all off.

On that note, we wanted to share an interview we had with the band as we wanted to get into the song and where it came from among other things.

Here's how it all went down.

TSWS: Okay so let's start with "What Ya Sayin'?". This track has an addictive feel and is a

super fun pop rock sound. Where did this song come from?

It started with a catchy little riff that Leon made up, which – sorry to say – was

constantly ignored at band rehearsal. But eventually, in true Banquet style, we had a

few drinks and a smoke, Leon started playing it, I (Gem) started singing some lyrics

over it, Leon dropped in some lyrics for the chorus, and there you have it – ‘What

You Sayin’?’ was born! The song contains quite a lot of angst, which was building up

before these lockdowns; and it now seems quite perfect for the time.

TSWS: The video was as colorful and bright as the song! Did it take long to put that

together? Did it come out how you expected?

Making the video didn’t take long at all. It was so much fun to make, particularly

seeing how far the boys would go with the ridiculousness. Wish it could’ve taken

longer, to be honest. But we were all done and dusted, and eating Dominoes within a

few hours. What took longer was choosing which shots to use – there were so many!

The end product is better than we could have imagined. This is testament to the

boys at Entheos Media; they produced the entire thing – from track to video. They’ve

It all started in our kitchen. This is where we met Fran for the first time, and as usual,

Leon got his guitar out, I got my tambourine out, and we played him a couple of

songs we’d been working on. He obviously liked us, cause a few weeks later we

were having our first jam together at the rehearsal studio. Fran actually admitted to

guitar and tambourine out. He went to music college, whereas, me and Leon are

raw, musical amateurs – I think he was pleasantly surprised.

TSWS: I'm also a fan of your previous release "Red Sky Morning". Sometimes you have a

Ooooh, thank you. We all have our own personal influences. But as a band, all

things blues and rock. Influential bands/ artists would have to be Fleetwood Mac,

The Stones, Janice Joplin, Bob Dylan… and for Leon most definitely the Manchester

TSWS: You have been doing really well for yourselves. What sort of advice might

you have for other up and coming bands trying to get heard out there?

Just keep on making music and believing in yourself. Loving what you do is the most

important thing, and following your heart rather than the latest trends in music.

TSWS: What are you doing when you’re not working on music?

When we’re not working on music, you’ll most definitely find us in the pub (pre-covid

deeply philosophical, and me no doubt making friends with strangers and likely

getting asked by the staff to “settle down.” We are good time people, so anything

involving beer, fun and laughter, that’s where you’ll find us.

TSWS: Looks like performing live was a good part of what you do as a band. Will you be

focusing on live performance again when the time comes?

Absolutely. Live performance is where our hearts are, and we miss it so much.

brighter than last, so yeah, as soon as we’re allowed, we’ll be back on that stage.

TSWS: What’s next for you guys?

We’ve got another single coming out very soon, and then we’ve got quite a few

projects planned for this year, including an animated music video. We’ll be spending

a lot of time in the recording studio.

I take a lot of inspiration from my own experiences, and from characters I’ve met

along the way – both real and fictional. Emotions can very much dictate what I write

For Leon, anything from the philosophical to the psychedelic.

Do you still get together to rehearse?

Sorry to say, rehearsals have taken quite a backseat since this second UK

lockdown. But it won’t be long until the three of us are back together again, doing

TSWS: Give me your favorite midnight snack! (we like to throw a random in there)

TSWS: What would you like to say to fans?

We would like to say thank you. The support since we started our musical adventure

has been immense. It’s a wonderful feeling to have people believe in what you do – it

means a hell of a lot. Even during lockdowns, when we’ve done Facebook Live

sessions, they’ve all been there, no matter how far away, singing, laughing and

drinking along with us. Can’t wait to see them again! 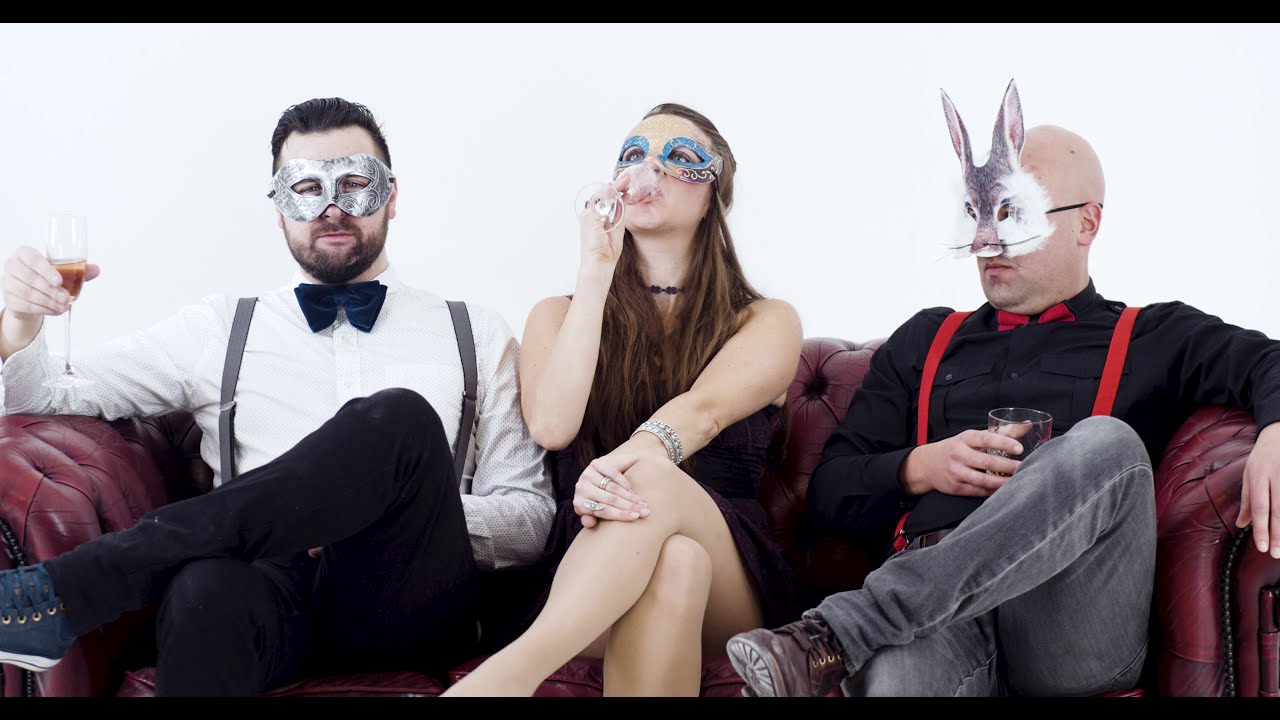