An Intervie With The Blue Hues 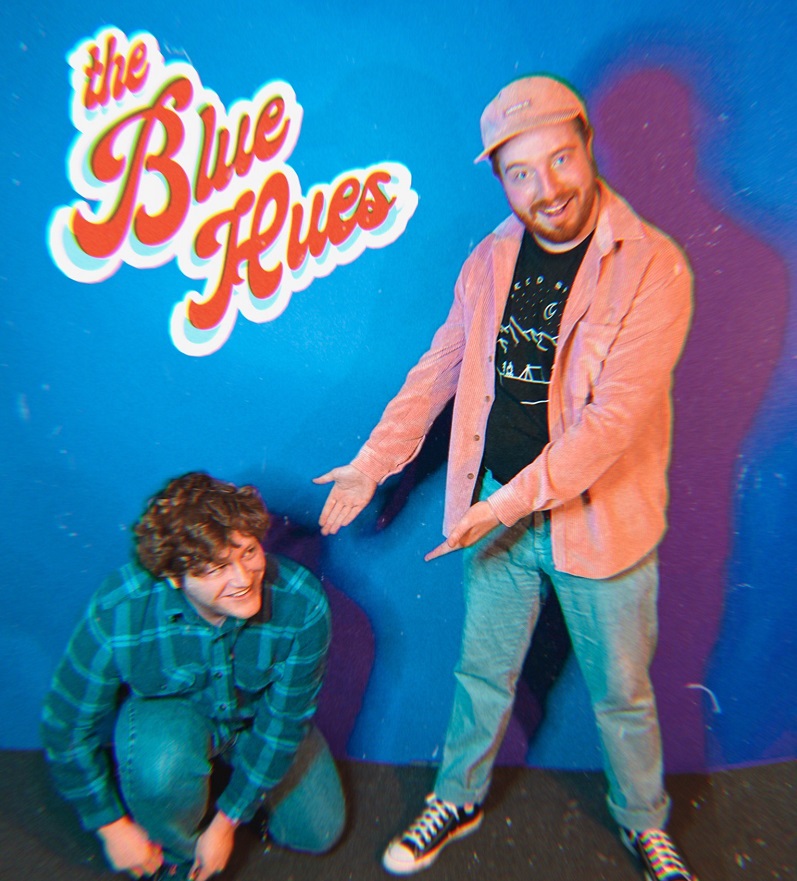 The Blue Hues just gave us a killer single that gracefully brings together retro, synth, contemporary, and future pop all in one bright and lovable shot.

"Made To Feel" is built from a vintage synth riff and grows from there and does so in a massively fun way.

The song has life and color as guitar lines bend and sway, basslines walk in true disco style, and vocals come through almost like Beach Boys decided to give their two cents.

Percussion builds more and more as well as backing vocals fading in and the groove hits harder.

This single is an ultra creative track that really has an enlightening energy and a tasteful amount of just about everything you'd want from a pop song.

There is a nice mellow undertone to it and it certainly has it's way of hooking you in from the get go.

That bassline is absolutely killer and these guys showcase their knack for writing catchy tunes that can get you on the dancefloor. Hell, this song can get just about anyone on the dance floor.

Part of the whole appeal of these guys is their incredibly infectious energy on songwriting. You just get taken by the groove and when it's all over you have to look back and go "damn that was a banger" and start it again.

This is a great song to start the day with trust me.

With such a great release, we wanted to have a little chat with the guys about where this all comes from.

TSWS: Okay so let's start with "Made To Feel". This track has elements of 90's alt-pop, synthwave and indie-pop all rolled into one. Awesome sound! Where did this song come from?

Wyatt: I was messing around with the sequencer on my synth in February and my friend Luke started playing the drums and we liked how it sounded. I spent like a week listening to it and eventually came up with some of the bass part. The lyrics came a few months later right before I showed it to Caleb.
I also dig "Persona" quote a lot and am hearing some different influences between some of your releases. What are some of your actual musical influences?
Wyatt: we’ve been influenced by the Cardigans, MGMT, Homeshake, and The Beach Boys to name a few.

Caleb: It all started May of 2019 when Wyatt asked me to sing on a song he was recording. We both had a lot of fun working together and I joked that we should make a full album of original songs. Two years later after one album and a series of singles I guess the joke is still going.

TSWS: How often do you write songs and what inspires you to write them?

Wyatt: Pretty much every day. Inspiration can be pretty hard to name for a particular song though. Sometimes it just comes out of nowhere, sometimes I’m actively trying to do something else but I get an idea and have to go work on it.

TSWS: Is live performance part of what you do? Will you be putting any focus on that when the time comes?

Caleb: I grew up watching every concert video of Queen that I could get my hands on, so live performance is certainly a component. Our first show was going to be in May of 2020 but was cancelled due to COVID-19. And thank God it was - we were nowhere close to ready! Since then we have gained more band members and become a tighter musical unit. Our actual first show that we performed in October was a blast and we have been hungry to return to the stage ever since.

Caleb: Persona and Made to Feel are the first two songs on our second album, Marble Games. This time around we are releasing each of the tracks separately every three or so weeks and we have about 8 songs left for this project. After that we have a huge and constantly growing backlog of songs and genres that we are ready to explore and record!

We both have school, so that eats up time. On top of that Caleb is a gamer.
You've been accomplishing a ton musically. What sort of advice would you have for other up and coming artists out there?
Caleb: Don’t expect people to care about your art - whether it’s unbelievably groundbreaking or garbage - unless you are willing to proudly be one of your own biggest fans. It’s really easy to give this sort of passion up, so it’s important that you believe in your hardwork as much as you want others to.
Wyatt: Keep writing or recording or doing whatever your particular thing is. Especially if you’re just starting out. If you really like it, you’ll regret not doing more now a few years down the road.

Caleb: Our late night escapades have included Waffle House, Buffalo Wild Wings, and most infamously, Jack in the Box’s Munchie Meals.
Wyatt: eating like a block of cheese

TSWS: How do you generally write your songs? Is it lyrics first, or melodies? How does it work for you?

Wyatt: pretty much always chords or melodies first. Lyrics come later after feeling the song for a while and understanding what it’s supposed to be.

Wyatt: keep listening or else

Caleb: Thank you for supporting a group of silly boys who make silly music!