An Interview With The Call From Upstairs 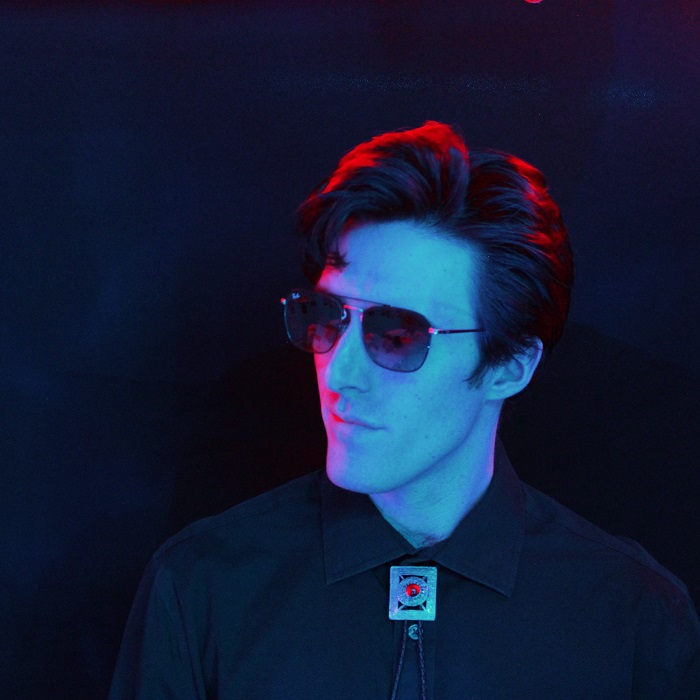 The Call From Upstairs just gave us a new single that nails that retro alt pop aesthetic with classic synthwave tones and ambient vocals that build the song's atmosphere into something all its own.

"Show Me The Light" is a colorful and catchy pop song with some twangy guitar work, a heavy handed beat, and tons of vocals hooks that stick with you for hours after the song has ended.

This was a neon lit airy and edgy song with all the bells and whistles you can want from a song of its genre.

The artist's influences truly shine and the single becomes a love letter to retro pop in every way.

A full and addicting track, "Show Me The Light" is vibrant and fun from the get go.

This release isn't the artist's first rodeo either. If you delve into his catalog on Spotify, you'll find a number of outstanding pop singles that all have something a bit different to offer but stick to his staple aesthetic.

It's a wonderful thing to hear an artist that blends sounds the way this one does and with such a great release, we wanted to have a chat with The Call From Upstairs to find out where this all began for him.

TSWS: Okay so let's start off with "Show Me The Light:. This track is a real deal cross genre track with twangy guitars, pop beats, and a touch of retro alt pop. Where did this song come from?

TCFUS: Show Me the Light started off as the vocal melody that could be heard in the chorus, and was a complete gift from wherever creativity comes from.  I liked how it seemed uplifting, and at the same time a little melancholy, so I wanted the instrumentation to wrap around that juxtaposition.  The rest of the production was simply experimentation until the track provoked that feeling.

TSWS: I'm hearing a variety of sounds on this track. Who are your biggest musical influences?

TCFUS: Influences come and go, but for this track the main influences that could be heard are Depeche Mode, Roy Orbison, New Order, The Last Shadow Puppets, and Nirvana.

TCFUS: To be honest, I've been making music for what seems like an entire lifetime.  But this past year prompted me to take a crack at releasing my ideas out into the wild.  When I realized how fulfilling it was to create under The Call from Upstairs,  I began pushing my creative visions even further.

TCFUS: Loneliness, nature, neon lights, dreams, memories, nostalgia, the night, film, the internet, and songs that I wish I wrote.

A:  Exercising and engaging with like minded artists.
You've been releasing a number of songs in the past few years (TCFU has only been releasing music since late 2020).

TSWS: What sort of advice would you have for other up and coming artist out there?

TCFUS: Trust your intuition and don't be afraid to make music/art that has never been created before in a world where we have so much of the same.

TCFUS:  A lot of things!  Every month The Call from Upstairs releases a new single.  The next single "Turning Dark," will be out April 23rd. Follow on socials to stay up to date.

TSWS: Do you think you'll put any focus on live performance when the time comes?

TCFUS: Absolutely.  The band has already started to rehearse so we'll be ready by the time the floodgates of live music are finally opened.

TSWS: You wake up in the middle of the night starving. What's your go to midnight snack? (this is a question of character)

TCFUS: Probably a glass of red.  That counts as a snack right?

TCFUS: Thank you so much for supporting The Call from Upstairs, and you have great taste!