The Masterminds Have A Good Time With "Mumbo Jumbo" 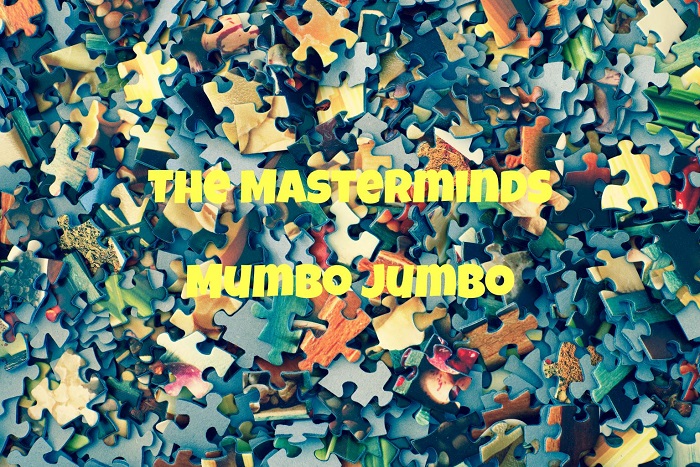 A new release from The Masterminds hits that super fun pop-rock sweet spot with a quirky feel that brings to mind Oingo Boingo, The B52's, and more all rolled into one danceable classic rock soiree that feels great to jam with.

"Mumbo Jumbo" is a colorful and vibrant romp that rocks damn well with bendy guitars that trash out with a tastefulness and vocals that grab your attention from a mile away.

The single has an almost live band feel to it and touches on retro style all the way through as it goes on to tackle the concept of trying to get a straight answer out of someone and never getting it.

We've all been there but seldom do you get to hear a song with such character and life that talks about it like this one does.

It's borderline sirf rock and you can certainly hear this in a beach party scene from a film.

The drums are spot on with that classic songwriting style that really drives the song as a whole and everything has a great sort of sheen to it.

This song does indeed make you want to see these guys live as this song would be super fun to get down with in a live setting.

"Mumbo Jumbo" has a great sort of youthful energy to it and is, underneath it all, built from frustration.

So it's awesome to hear a track that comes from an emotional place pop like this.

It's certainly light hearted of course and really rocks well.

This single also comes with a fun lyric style music video that catches the eye and reels you in just as the song itself does quite quickly.

Upon further digging we found The Masterminds have a great little library of releases that all bring a little bit of a different feel to the table but still stay true to the band's staples.

These guys have a lot of experience with pop songwriting and it shows with their releases.

We'd suggest starting with "Mumbo Jumbo" and going from there.