An Interview With The Minds Web 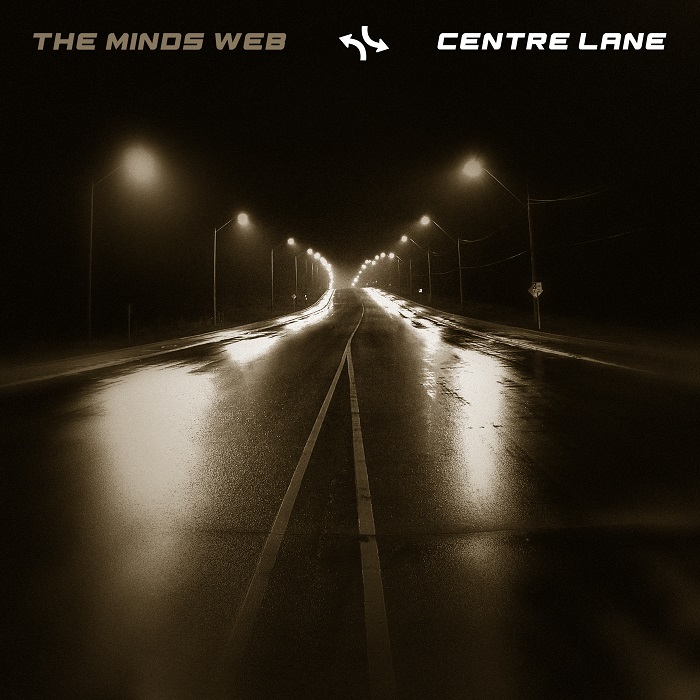 A brand new single from The Minds Web brings on a tastefully woven and deepening alternative rock tonality and touches on existentialism among other things as guitars swell and sway and vocals call out with a passion.

"Vitality" boasts plenty of that addictive late 90's underground alt-rock songwriting and approach and it's a track that really breathes and comes through feeling alive.

You can feel the emotional drive the song was built from right from the get go and it b=never really lets up which becomes quite powerful.

The song tells a story but it's about looking inward in a way.

The track brings to mind a ton of amazing bands from Neil Young to Alice In Chains and plenty more and those styles roll into one as the song engulfs you.

And that's just what a song like this is supposed to do. Take you over. Let you get washed away with its feel.

The single has a way of grabbing hold and never letting go and in a way, you almost feel a little different afterwards.

Once it's ended you have to sort of shake it off to come back to the real world again.

All in all this was a moving piece of work and what's even better is that it comes with an accompanying music video that also shows a little more of the band's character as well.

This is an example of a band that puts a ton of energy and heart into what they do. It's not half assed. It's full on and this is what makes such a big difference.

The Minds Web stands out in terms of heart, passion, and attention to detail in everything that's been done with "Vitality".

With such a killer release, we wanted to have a talk with The Minds Web to find out where exactly this came from.

TSWS: Okay so let's start things off with "Vitality". This track has such a personal feel and with some alternative feeling undertones. Where did this song come from?

Vitality was half written in 2014 or 15 I believe... around there... and started off with the same chords that are recorded but the strum pattern was different.  Originally recorded on a BR 1200 and just trying different sounds and moods.  I was at a place mentally where I was like " Where are we" ??? Finished writing it near the end of the ep.  Alot of different subjects were tried but it all came together because of the classes on better self / Betterment I was partaking in, it created / assisted the writing as you hear it.

Musically influence funnily enough had no partake on this one aka Vitality but Bands and Artist that are my reason of playing is Oasis, Noel Gallagher's solo stuff is amazing, Tom Cochrane plays a part of my songwriting, Nostalgia writing i call it. 90's inspire the sound 70's,80's "lets hit the road and live" inspire the writing.  Lord Huron is inspiring the new stuff that is being demoed at the moment, whether it will have sound familiarity remains a question but love that band.

Honestly .... I remember listening to the radio and I thought all the drum beats were the same and I remember saying to my mom at age 16, I can do that.  Within a month or two I had a drum kit in the basement.  Co-worker of my dad's  at the time was getting rid of his set, right time ... right place .... Thank you very much, I'll take that.  Next on the list was guitar and it was suppose to continue with other instruments but well....they're still on the list to try (piano / keys)haha

I do some live performances, nothing big, not opening for anyone...yet....haha  I play new songs that are in the demo stages, just to feel what is needed to be worked on at open mics. (Open mics are my live scene for now)2022 is a year that I would like to put together a full band so we can do proper gigs.

Knowing this is what I wanna do and creating opportunities with it inspires the writing.  Being a messenger for someone, having a moment like I did as a kid staring out the window hearing a song playing on the radio, feeling like something or someone from a far is talking to me...usually a never give up song.Have some lightworking duties to do so writing songs is my phone call

TSWS: The music video for "Vitality" was great and really fit the song too. Did it take long to shoot? Did it come out how you expected?

Yes it took a long time actually, recording scenes from the end of March to September.  Camera man was busy, scheduling and other situations occurred but we managed to hang on and get it done.  No joke .... almost pulled the plug on this project due to the question of " Is this meant to be put out with all this delay"Ya...It came out how I expected, telling of the story, Camera man who does have a name " Kevin " I trust his work so I knew this was going to be a proud project.   Changes during the process of, which will happen as one ventures through on their projects occurred but it all worked out in the end!

Demoing new songs at the moment actually and will be most of 2022 .... Get into the studio near the end of this year.  Could be sooner

When not working on music .... hiking somewhere, playing or watching sports, reading and joining classes on betterment of self, not very rock n' roll is it.....hahaha.  All about creating good vibrations.

Focus on being a better writer and musician .... workshops go to .... seminars on the music industry go to and of course if you have it(the gift) .... bring it!Don't stop enhancing your knowledge and ability .... Do the work!