An Interview With The Quilts 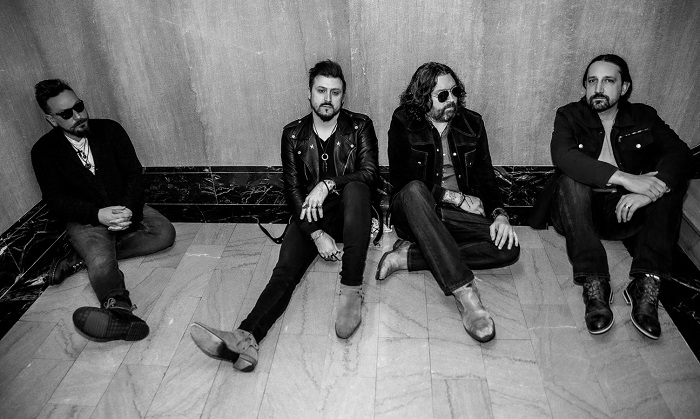 A new single from The Quilts hits that soulful southern rock sweet spot with passionate vocal performances, classic rock organs, and intense guitars that swell and create a massive and cinematic tone.

"Sweet Molasses" is a gorgeous and powerful rock song with Americana undertones lush with slide guitars and relatable and honest lyrics.

This single lets it all out and does it in such a tasteful way that it crawls under your skin in all the best ways possible.

"Sweet Molasses" is inspiring and has it's dark side but is incredibly uplifting in the end.

Every member of this band plays with such a gusto and with so much heart that the song is incredibly addictive and damn does that chorus stick with you for days even after just one listen.

This song makes you want nothing more than to see these guys live as it feels like the type of band that would just crush it.

The music video that comes along with the single is just as powerful as the track itself and portrays a number of real life situations and people that show how the world can be.

It's all very moving and it's been a long time since you've heard and watched a song that can be touching on this level.

With such a great release we wanted to have a talk with The Quilts to see where this all comes from.

TSWS: Let's start with "Sweet Molasses". This track has a huge and anthemic feel with a southern rock tone to it. Where did this track come from?

Steven Altonen: The genesis of this was two fold. A mood/tone/riff I was experimenting with and a narrative Chris was working with.

Chris Scott: I’m rooted in southern rock and blues and Steven had been working on the genesis (riff/tone) of the song for a while. The instant he presented the idea to me I was hooked!  It brought me back to a narrative I wrote several years back regarding the Opioid Crisis. I instantly felt the “soul” in his playing and was able to naturally layer the vocal melody and lyrics over his playing. Because the song’s message affects us (all) in some way, it was one of the easiest songs I (we) have ever written in my opinion. Mike and Doug literally heard and tracked the song the same day.

TSWS: I'm hearing some killer influences musically. Who are your biggest musical influences as a band?

Chris Scott: Oh wow...there are so many! For me it’s Bad Company, The Faces, Otis Redding, The Black Crowes, Soundgarden, Pearl Jam, JJ Grey, etc. As a band, we have some of the most diverse influences ever (which I believe helps to identify our unique sound)! Mike Hennel (drums) and I share much of the same influences, whereas Steven (guitar) and Doug (bass) share many of the same influences, ranging from Clutch, Al Green, Dredge, 311, My Morning Jacket, Band of Horses, etc. Did I say it was diverse….!

TSWS: The video for "Sweet Molasses" came out intense and powerful just as the song was. Did this take long to do? Did it come out how you expected?

Chris Scott: I had clear concept in my head for the video – just needed the right director/filmmaker to bring it to life. Ironically, we were approached by the incredible producer/actress of the Amazon Prime film “75” (Myra Zimmerman Grubbs) who heard a demo of the song and instantly approached us about a collaboration. The film deals with the same topic of opioid addiction and after seeing it for the first time I knew we could make a something impactful.  Chuck Land of Chuck Land Media directed and co-produced the collaborative footage. Mike and I have known Chuck for years and he is an incredible musician and filmmaker himself. The scenes with the band were filmed in a Holler in Kentucky. To answer your original question, we couldn’t have asked for it to come out more perfect!

Chris Scott: Mike and I also play in a blues-based rock bandcalled The Summit. In 2018 and 2019, Mike and I asked Steven to come out and play guitar during our dual tours with ZZ Top. Shortly after the second run, Steven and I began writing quite a bit. Steve and Doug grew up together outside the Cleveland area and have been writing and touring together for over 20 years. During the fall of 2020, Steve and I knew we needed to start tracking a bunch of the new material, so naturally we called on our partners in crime

We instantly knew we had something special after only one rehearsal. I guess you can say that’s when The Quilts were born.

Chris Scott: I’ve been a full-time musician and teacher for over 15 years. I’m also a full- time husband and father. I do everything for my three girls!! They are a huge inspiration in my writing and without them I wouldn’t be here. Mike, Steven and Doug are the best at what they do, and I’m truly blessed to write and perform with my best friends.

Steven Altonen: I’m married to my best friend and we are blessed with four amazing children. I’m currently in the process of obtaining my Master’s in Education. I also support my wife’s incredibly important career, while also being a full-time father supporting all my kid’s extracurricular activities. I too find myself lucky to write and perform with these gentlemen.

Steven Altonen: Shows and the release of the full length! We have mounds of material and we are currently writing. Every song is diverse yet they tie to a specific sound. Getting them out there on wax then telling that story via live performances is paramount.

Steven: Currently I've been imbibing a lot of Clutch, Dredge, 311, and Chopin. I know, odd combination. Chopin is always on during homework. Clutch and 311 is on the air pods while gardening and Dredge is on when I want to hyper focus on music.

TSWS: With things getting better slowly but surely, will you be planning on any live performances?

Chris Scott: Yes! We are in the process of confirming a few national support tours as we speak. Hope to have some information soon, but it looks like things will kick off in July. Stay tuned to our social media outlets for the announcement(s)!

TSWS: This song and video felt like it may have been quite the undertaking. Any advice you'd have for other up and coming bands out there?

Chris Scott: Don’t hold back! When your passionate about a message, put your heart and soul into it. Music is the world’s universal language and don’t let anyone tell you your art is not worthy enough. Keep grinding and good things will happen!

Okay so you wake up in the middle of the night starving. What's all of your go to late night snacks? (This is a question of character)

Chris Scott: I’m totally going to let Steven provide a solo response on this one…

Steven Altonen: That’s a hilarious question for me! I suffer from sleep walking and sleep eating and one time I poured syrup into peanut butter then placed it in the refrigerator. That was a rough morning! Not only for my stomach, but also trying to come up with an explanation. LOL. I’m pretty much like Will Farrell and John C. Riley in Stepbrothers…

Steven Altonen: The concept that anyone would be interested in the art we create is a humbling and blessed experience. I'm not just a musician, moreover, a hyper fan of music and it has shaped the path of my life and saved me a million times or more. If there's anything we've created that moves an individual that is the ultimate pinnacle and I am forever grateful. 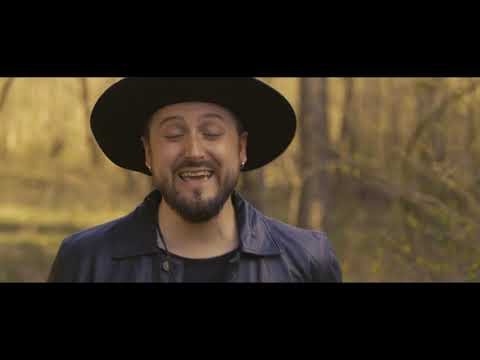