An Interview With The Revisioners 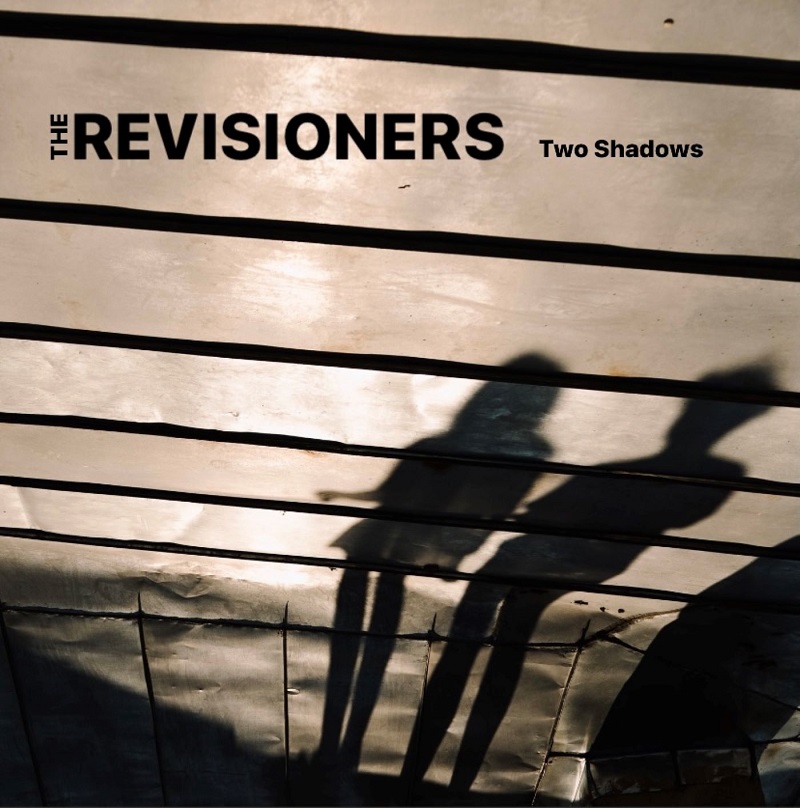 The debut single from The Revisioners is a pop rock opus with a radio catchiness that feels good to listen to and gets under your skin in the best ways possible.

"Two Shadows" shows the band's ability to write an indie rock song with a tastefulness that touches on 90's alt rock and brings it into a current radio rock feel and does it all seamlessly.

The biggest thing is the heart and life the song boasts as it rocks on with a passion and gives off a cross between Weezer, Phantom Planet, The Toadies, Hum, and even Pavement.

The track is endlessly catchy and the chorus is huge and digs in well as the song seems to be coming from someplace real.

Bending guitars wail while vocals belt out and it all comes together with a killer style.

"Two Shadows" is hopefully the first of many songs to come from The Revisioners and we wanted to find out where this track did actually come from so we decided to sit down with the band to talk shop.

TSWS: Okay let's start with "Two Shadows". This track feels very personal even with all of it's pop aspects. Where did this song come from?

The Revisioners: For this particular track, I was listening to a lot of the early Strokes stuff. I lived in NYC when they first came out and remember the buzz all around the city about them and how they were going to be huge(I used to randomly run into them around the lower east of Manhattan at local bars and hung out with them a couple of times, I remember the drummer Fab, admitted to me that he was a huge Megadeth fan lol). I’ve been a huge fan since that first record and really admire their use of melody, as well as how their guitar players will play two different parts in a song but how incredibly well and interestingly they fit together. When Chris(guitar player/co writer) and I were putting this song together, that is something we were very intentional about trying to accomplish and I think it turned out really well. If you listen in head phones you can hear the separation in the guitar parts but also hear how they compliment each other.

Lyrically, “Two Shadows” at it’s heart is about being in a relationship with someone who doesn’t really want to be in a relationship with you but you both stay in it longer than it should go on out of fear of being alone. I think a lot of people have been there or may find themselves there, I think it’s a pretty relatable situation. The title “Two Shadows” came from the verse lyric: “Make a break, then I break in two. Make two shadows and pretend one’s you. Paint the sky with how I feel with you, I’m blue.”

TSWS: When does the single release?

The Revisioners: We plan to release “Two Shadows” through our bandcamp page on Friday, Jan. 22nd. We wanted to release our first song in the fresh, new year of 2021…. I think for obvious reasons haha.

TSWS: I'm hearing a lot of great rock influence here. What are some of your biggest influences musically?

The Revisioners: I think Chris(guitar player), Anthony(Bass), Drew(Drums) and I all have some similar influences, atleast on the Rock music front and then we probably have a lot of different influences as well. I think where we all kind of meet is somewhere in the range of Superchunk, The Strokes, Beach Bunny, Early Foo Fighters, Bully, Gin Blossoms, The Hold Steady & Drive-by Truckers. I feel like we swim around in that indie-rock/post-punk pond pretty well and when everyone eventually hears our larger body of work those influences will be more apparent.

The Revisioners: I guess I’d say the birth of the Revisioners started at the end of 2019. I really wanted to start a fun rock band with great songs. My hopes were to find a couple of like minded people, write some fun/great songs, do some rehearsing and eventually jump around and get all sweaty on some small, hole in the wall stage on a random Thursday night somewhere in Seattle. I wrote three initial songs by myself cuz I figured anyone interested in starting the band with me would atleast want to hear something in the vein of what I wanted to do. So with those songs, I put out a craigslist ad and eventually found Chris(guitar player). I already knew Anthony(Bass) from the local singer-songwriter scene(he’s a great singer-songwriter) in Seattle and I randomly met Drew(Drums) through our wives meeting at a local shop and striking up conversation. We basically started The Revisioners in Feb. 2020. Then Covid hit in March and we had to shut it all down. Chris and I kept writing through those shutdown months though(we probably have close to 30-40 songs now). We eventually started rehearsing again back in July and figured with no live music happening anytime soon that we’d better hit the studio. So in Sept. we went in to Soundhouse Studios in Seattle Owned by Jack Endino(producer- Nirvana/Screaming Trees/Soundgarden etc.) and recorded our debut three songs.

The Revisioners: When I’m not working on music, I’m usually enjoying spending time with my wife adventuring, exploring, hiking, or just hanging on the couch watching The Mandalorian or Schitt’s Creek. But honestly, I’m always working on music.. the writing process never ends in my head lol.

TSWS: What's next for you? Will you be possibly putting any focus on performing live when the time comes?

The Revisioners: What’s next? Jeez.. Keeping my fingers and toes crossed that 2021 brings more positivity. We’d love to be able to start playing shows and finally getting this music out into people’s faces and ears. We were supposed to have our debut show at Tim’s Tavern in Seattle on June 24th but that obviously was cancelled. We’ve basically been setting up this band for a year now, which has actually been a really cool thing, we’ve gotten to let things simmer, grow and iron out who we are as a band so I think when we finally do get out there and start playing we are going to come out swinging.

TSWS: The song came out really well! Is it what you expected?

The Revisioners: I think the song came out great! Actually all three songs came out amazing. We recorded at Soundhouse Studios in Seattle which is an awesome studio, we had a great experience. We worked with Engineer/Producer Mike Sebring who killed it and it was mastered by the legend Jack Endino(Nirvana-Bleach). Mike had us record live all together in one big room, which I don’t think any of us had never done before(there are some pics up on our IG page, including Jack’s Grammy award!). It was honestly very nerve racking at first but once we started rolling man we just knocked it out of the park, I think we were all pretty proud of ourselves especially with the limited rehearsal time that we had prior. Mike and Jack of course did an incredible job and I think all of our collective hard work and fun shines through in the recording. We are excited for everyone to eventually hear all three tracks!

TSWS: What sort of  non-musical things inspire you to write?

The Revisioners: I’m inspired by anything and everything, for me it comes from everywhere. It could be from a great line in a movie, a book, a magazine. Hearing or saying something in a conversation, witnessing or hearing about something that happened in someone’s life or my own. I’ve found it’s really just about always being open to receive and paying attention to the world around you, kind of like a conductor waiting for the electricity to pass through.

The Revisioners: To whatever friends/fans we might currently have from starting a band during a pandemic(haha), thanks for waiting patiently and encouraging us on! To future friends/fans, we can’t wait to meet you and thank you in advance for taking the time to check us out! We’ll hopefully see you all soon out there somewhwere.