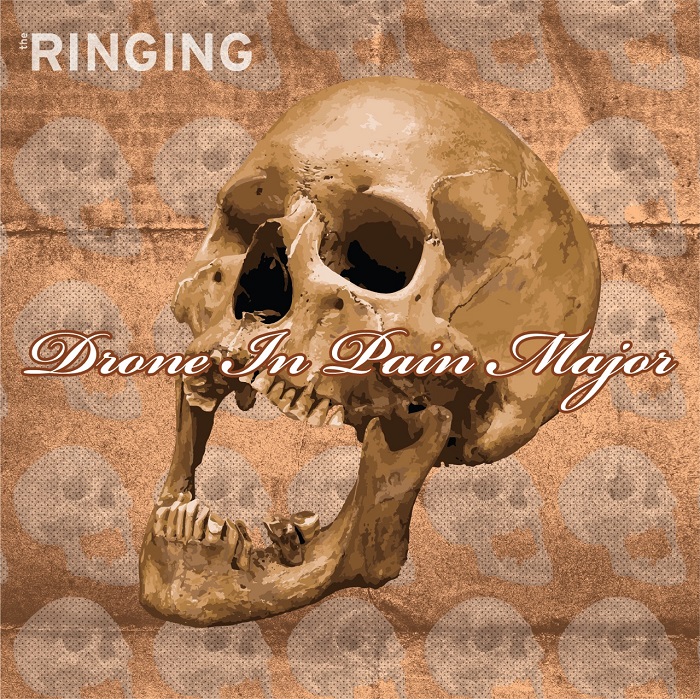 The Ringing debuts with a tripped out and slightly haunting track that bleeds drone into dark-wave and brings in some alternative rock elements with winding guitars to go along with the dampening beat and eerie backbone.

"Drone In Pain Major" is as expressive as it gets.  The track is a culmination of brooding and edgy synth sounds, beats and guitars that come together to create an atmosphere that you can't shake.

The single is an absolute ride and uses experimental and even a touch of psychedelia (especially in the video) to build an opus of sorts that crosses into another realm all together.

The track starts with that drone synth sound and it gradually builds from there as things get more and more intense.

It's almost like the soundtrack to a horror film and it crawls under your skin in all the right ways.

This was creepy and had a heavy and daunting undertone of a brooding character.

Like a shadow whispering from the dark corner of your room late at night. You can't look away. It has your attention.

The textures of all the digital and natural instrumentation used on this track is really well done and it all comes through with a mysterious and alluring feeling.

When it's over you have to sort of snap yourself out of it.

The music video that comes with the single was meant to be a part of it from the start. you can just tell. This song was cinematic to say the least and the video showcases the full effect of what The Ringing was going for.

And they certainly nailed it.

The video was vivid and sharp with old school filmography and cut scenes that all just added to the swirling but stomping soundscape they've created.

You can hear the classic NIN and even Skinny Puppy influences drip through.

This was a killer track and we hope to hear and see more from these creators for sure.