An Interview With The Rivers 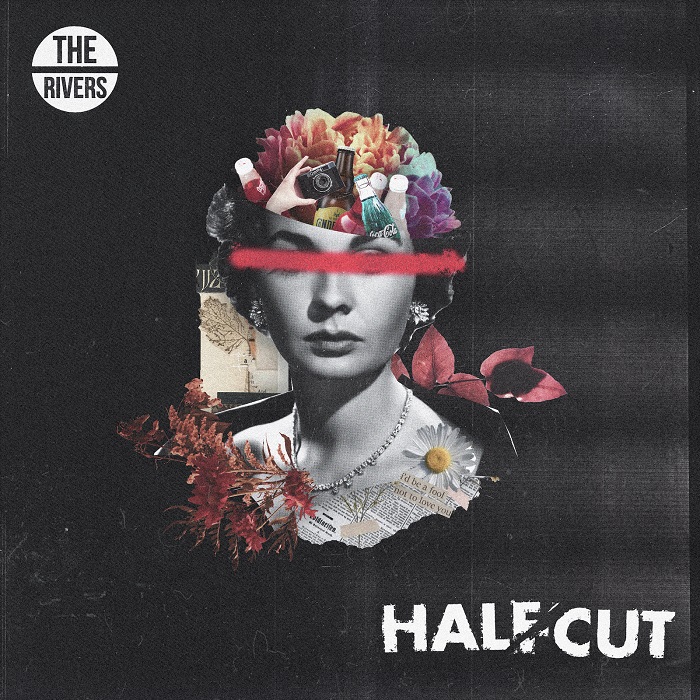 A fresh new release from The Rivers is a driving indie-rock opus that hits a cinematic and vibrant aesthetic with tasteful guitars and vocals performed with character.

"Half Cut" breeds an energetic and almost live-feeling rock style that catches you with fuzztone and addictive melodies from start to finish.

The track boasts some killer attitude and paints a picture using a set of wonderfully textured sounds and emotion lurking just beneath the surface at all times.

There is something about the song that brings to mind late 90's early 200's radio rock and the colorful and slightly edgy songwriting and performance styles are really engulfing.

This track is meant to be played loud as it quickly becomes a sing along, fists in the air rock single.

This release has heart and delivers a unique tonality that grabs hold of you and keeps you locked in throughout its course.

It makes you want to see The Rivers live. Maybe that will happen sometime but for now, this single will surely do.

The players seem to really feed off of each other's energies on the record and it gives it all extra life.

It's all pretty addicting and proves to be a great rock single.

Fans of classic, indie, and garage rock will fall in love with this track straight away.

With such a killer single, we wanted to have a chat with the band about where this came from and what's in store for them next. here's what happened.

TSWS: Okay let's start things off with "Halfcut". This track has a bright and catchy pop-rock feel to it and a killer fuzztone style. Where did this track come from?

Dan-  Chord wise the skeleton of the song had been floating around for a fair bit, the chorus bit especially

but I think it was one of, if not thee last song I finished for the EP, it was a last minute substitution type thing

And I’m glad it did make the cut because it’s my favourite right now for sure.

I wrote it about those nights you’ll be having arguments but its all over the place because their drunk, nothing gets sorted, its all 100% worse and then you pick it up from the same place the next night.

TSWS: I’m hearing some great rock styles in this song. Who are some of your actual biggest musical influences?

Dan- We’re all into our own kinda things I guess, I’d say me and Lloyd (Guitarist) are probably the two that share the most influences, your classic bands like The Strokes, Oasis  and that kind of scene , Then Evan (Bassist) has a Psychedelic side & Nathan (Drums) is very hiphop inspired, so I  think when we’re in a room together we all add our own spin on things and then that creates ’The Rivers sound’

Dan- We’ve been going for 5 years…with this lineup anyway, we were going for a year before that but those guys left and I knew I wanted to carry on,So  I told my mate Molly and she then put me in touch with Evan, then found Nathan on one of those ‘join my band’ type sites a few months later

A pretty drunk Evan just went over and begged him pretty much, luckily he agreed to join.

TSWS: Have you been giving thought to live performances as of yet?

Dan- We’ve been lucky, we’ve managed to pick up where we left off from Covid and the recent run of gigs have been some of the best we’ve played,

The songs have been going down well, we’ve addd ‘Halfcut’ to the set too and that sounds so so good live

So its been nice seeing that Tune hit the ground running

TSWS: How do you write your songs? Is it lyric first or guitar chords? Do you write songs together? It' s different for everyone. How does it work for you?

Dan- So I’ll pretty much have the song finished or at least 90% done and ill take it into the rehearsal room, play it to the lads and then they’re the ones that bring it to life and build it up , make it what it is

They’re the real heroes of it

In terms of what comes first I think its different each time, sometimes I’ll have a vocal melody that’ll kick the writing off, other times it’ll be a chord sequence, a lot of the new songs though were based off a vocal line I think.

Dan- A new EP will be out October 20th , and then we’re just looking forward to playing bigger and better gigs, got a lot of exciting things in the works so its definitely an exciting time for the band

TSWS: What really inspires you guys to write songs?

Dan- Just life itself I guess, all the songs are about real people, real stories

TSWS: Can we expect any music videos from you this year?

Dan- We’ve got a video we recorded while we were recording, so I guess that counts..

TSWS: This track felt like a big undertaking. Is there any advice you'd give to other up and coming bands out there?

Dan- To say yes to everything, take every Gig you can get and just promote yourself in any way you can, its the only way to get noticed initially.

TSWS: You wake up in the middle of the night starving. What's your go-to midnight snack?

Dan- You cannot beat any takeaway left overs, Chinese , pizza …Anything like that.

Dan- Just to keep on supporting us, And buy a t-shirt, Want to be able to buy food for the month.