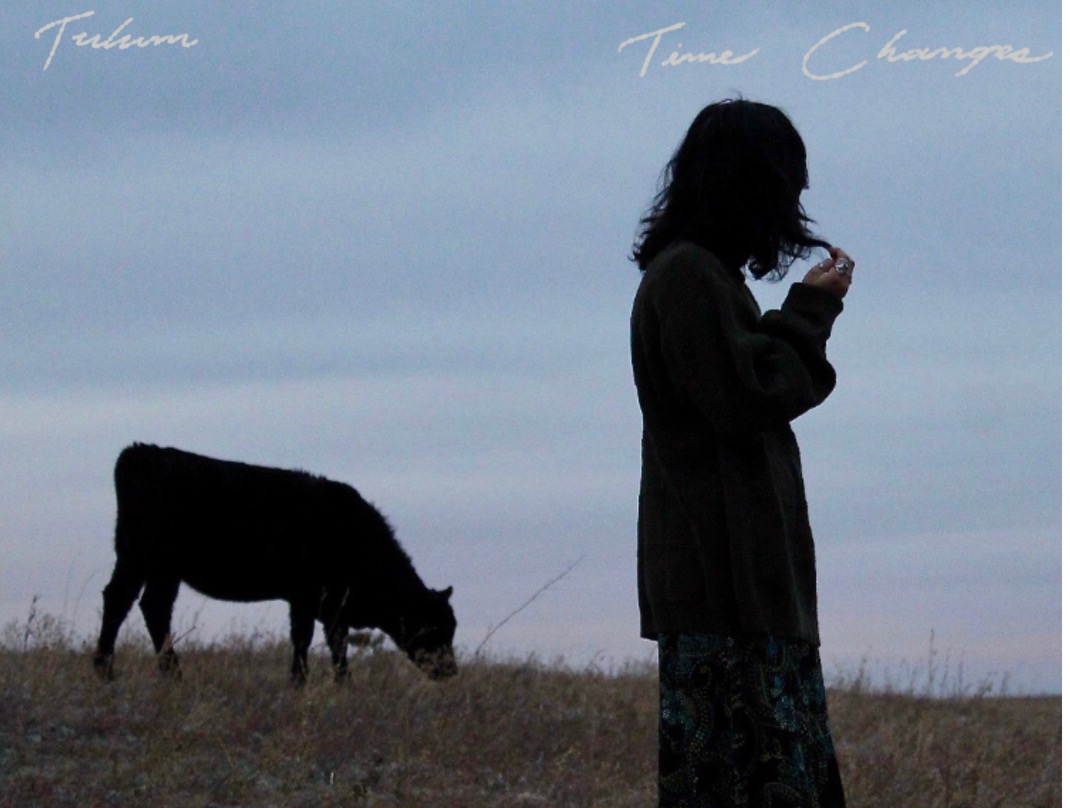 Tulum ramps up to release a full length album and kicks things off with the first single "Vices".

As part of a few singles to be released this month, "Vices" lays the groundwork for what to expect from the duo's upcoming debut album with layered guitars, jazz and alternative undertones, and stunningly soulful vocals.

The song boasts a contemporary feel while still portraying a youthfulness in the style and a beautiful maturity in the songwriting. This makes for a great combination and an in-depth listening experience.

Another of the singles to be released is the albums title track "Time Changes", which comes through with a dream-esque and floaty style with a swing time beat and airy atmosphere.

The album, set to be dropped Dec 16th will be available on all major platforms but you can check out the singles on their Soundcloud Page.

With such a huge endeavour, we wanted to have a chat with the band about how this all became something for them.

TSWS: Okay guys, let's start with the new album. So far we've heard everything from alternative rock undertone singer songwriter, contemporary pop, and more! Where did this record come from?

Rylee:I would say that it's kind of an eclectic mix of our music taste. I had written a few of the songs on the album before Travis and I met, and we have just changed them to fit the sound that we wanted them to. It has definitely been pretty experimental, we were winging it a lot of the time but that made it really fun too, I think.

Travis: For me, I have a fair amount of influences. I know that is the case for Rylee as well. This album has a couple co-written songs (Song 2, Time changes) and some songs Rylee already wrote before we started making music together. I personally was going through some relationship problems while we were writing this so that was a huge theme for me. Overall this album was a very natural process I think. Many of these tracks were recorded minimally so a lot of the ideas and characters of the songs came together in the production period. Mr.Grizzly Bear was originally planned as a strictly acoustic guitar and singer format, which changed greatly in the later stages of the album. This was the case for most of the songs. We really wanted each song to have its own sound, and its own personality. The goal was to create multiple unique environments.

TSWS: How did you guys start doing this?

Rylee:Our mutual friend, and Travis’s band member, Dakota is the reason we met. I reached out to Travis on Instagram for some basic music theory tips, and ended up asking him about a guitar riff I was writing(Time Changes.) This was in the beginning of the pandemic and we basically ended up writing the whole song on facetime, before actually having spent a lot of time together in person. We mutually decided to make an album after that.

Travis: We started talking about music in late April. Rylee had some questions about bass and theory so we started talking about that. We ended up talking more and a few days later Rylee had a couple chords put together and she wanted help making it into a song. We had a facetime call and ended up writing Time Changes that night. We both agreed it would be sick to make an album so we did!

TSWS: What kind of influences do you each have musically that inspired this record?

Rylee: I love Alice Phoebe Lou and her style and lyricism, so I’d say she's a big inspiration for sure. Other bedroom pop and shoegaze artists have definitely been huge influences on my writing like Haley Heynderickx and Beabadoobee. We’ve also taken some production inspiration from a lot of other artists-anywhere from The Beatles to David Bixby to Mild High Club.

Travis: For me a few albums and their sounds were huge influences production wise: Salad Days by Mac Demarco, Blonde by Frank Ocean, 6 Feet Beneath The Moon by King Krule, Timeline by Mild High Club, Stranger in the Alps by Phoebe Bridgers, and Abbey Road by The Beatles.

TSWS: Do you think you might play any live performances when the time comes?

Rylee:Oh I would hope so for sure!

Travis: Absolutely! Playing live is one of my favorite things and I have missed it so much. I'd love to make our live shows as much as a production as we could make them with our budget. I already have a very strong idea of who our live band would be. I hope we get the chance to play live soon.

TSWS: What do you guys do when you're NOT working on music?

Rylee:I really like reading, so I spend a lot of time doing that-especially recently with the pandemic uprooting any sense of normalcy we had before. I watch a lot of movies too.

Travis: Almost all of my time goes into music but when I am not writing, producing,practicing,studying or promoting I do a few different things: I love archery, working out, hiking, driving, biking, and generally exploring outdoors. My job is in building houses as of now.

TSWS: When is the album set to release? Will it be on all platforms?

Rylee:It’s set to release on Dec. 16, and will be on all platforms!

Travis: The album is set to release on December 16th 2020, but that is a tentative date right now. But also very likely. It will be on all platforms!

TSWS: Do you think this is just the beginning for you guys?

Rylee:Definitely, we are already talking about writing our next album almost immediately after we release Time Changes.

Travis: Yes! We have much more in store. This was a big learning experience for both of us and I think we got the debut experimental sort of album out of the way. We already have some of the first song recorded for the next album. We are shooting for a more thematic and cohesive sound. Maybe more story-esque or something that has more of a complete album flow. I think if we both maximise ourselves we could write and produce something great. I have a ton of faith in Rylees voice, writing and work ethic. I know I will work as hard as I can as well to try and really get the most we can out of our music.

TSWS: Is the record coming out how you expected? Are you both happy with it?

Rylee:I have personally never recorded music seriously, so I didn’t entirely know what to expect. It's safe to say that all of the songs I wrote previously have changed drastically. For a first album, I’m pretty stoked on how it came out. Travis is seriously the backbone of this whole thing and he is a really incredible artist, so I feel really lucky to have the opportunity to work on something so special with him. It's been a lot of fun.

Travis:I love how the instrumentals themselves turned out, and Rylee’s vocal performances were phenomenal as usual. I think the performances from Rylee, Myself and the musicians who contributed were all great. Shoutout to Michael Yon and Dakota Cline. Michael is one of the greatest musicians I have been around no question. Dakota is a fantastic drummer and his performances for this album were planned and executed beautifully. Both of them were crucial to the sound of this album. The dimension they both added is something I am extremely grateful for and I am also very grateful they are my friends as well. I still have a lot to learn about production but I feel confident that I have done everything I can to make it sound the best it can with my abilities. I was learning how to produce as we were making this album and I still am. I had zero production knowledge beforehand. So I think there are things that can be improved on for sure but overall I am happy.

Travis:Another album! I really want us to write a nice full length album. Something more cohesive and something with more almost story esque progression to it. Something very complete. I think Rylee and I have also both improved as writers during this time so  I think we can definitely step up the writing. I know we can write something great, especially if we have time. Time Changes (the album) was written and recorded in a little over 2 months. So I think if we really focus and harness everything we can and take advantage of having more time, we can create a really really solid album. I'd also love to keep advancing myself and learning more about production so we can step that up as well.

Rylee:I would say to just enjoy it however you like to. Music is subjective and that's what's so cool about it. Make your own memories to it and assign your own meanings to the songs- or don't!

Travis: It means everything to us! Music is our life and getting support to do what we want literally does mean everything. I will work as hard as I can to find success and I can guarantee that to anyone. I would love to pay it back to everyone who has supported and maybe do things like free concerts once COVID relaxes. Giveaways could be really cool as well. Also, if anyone wanted help with their own records I would love to help.