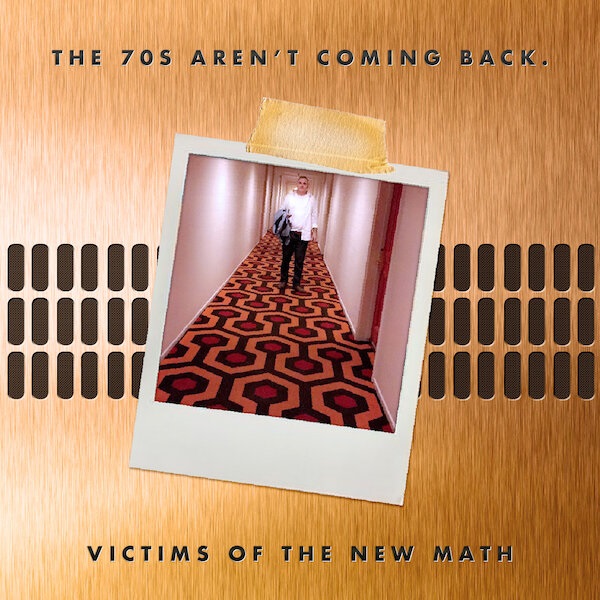 A new EP release from Victims Of The New Math brings some classic rock infused indie pop, acoustic ballads, and a colorful blend of garage and indie rock all rolled into one freeing EP.

The record is dubbed The 70's Aren't Coming Back and it's quite ironic how late 70's the songs can sound.

Fuzztone guitars combined with a lo-fi aesthetic and some punk undertones, belting vocals and tons of attitude.

The EP brings to mind a slew of songs you grew up with and the feel is nailed every single time.

There's even elements of 90's grunge laced through the record as it plays through its 5 song course.

Songs have a youthful energy and come from real places lyrically and each track offers something a bit different from the last but all stick to the staple feel of the release as a whole.

This release definitely feels like something you want on vinyl. It belongs in the era of actual records and turntables. It should be played with headphones and a glass of whiskey kicked back on the couch by yourself.

It's a record that has layers but somehow doesn't take itself all too seriously. There is a looseness and freedom to it that is refreshing and it all has the ability to bring up memories.

It's blatantly obvious that Victims Of The New Math absolutely love what they do and it shines through with the entire record as the songs are genuine.

It's been quite sometime since you've heard a rock EP like this one but it has this familiar and comfortable atmosphere to it that just feels really good to listen to.

It's awesome to listen to something that makes you want to pick up a guitar again.

This band is not at all new to releasing killer songs as they have been doing it for over a decade plus, and it shows.

They are likely a great live band to see as well. You just get that feeling when you listen to their stuff.

We suggest digging into The 70's Aren't Coming Back and going through their library from there.