An Interview With Vincent Grace 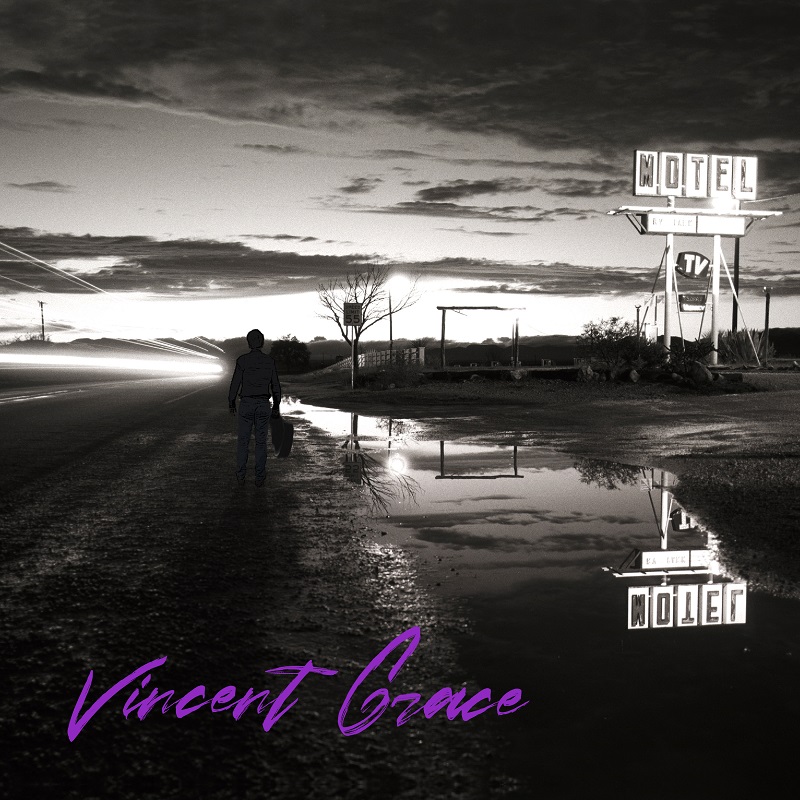 The latest release from Vincent Grace is a fresh and full folk rock album that paints pictures and gives off a classic rock undertone while acoustic guitars roll on and harmonicas sway behind deep percussion and vibrant tones.

The self titled album is like a cross between Johnny Cash and Billy Joel as songs tell stories and keep true to their driving folk aesthetic.

Slide guitars and swelling musical hooks give off the grittier side of the songwriting and vocals  belt  on with endless melodies and passionate performance.

At times hints of Bob Dylan and Neil Young shine through as the record strolls through personal experience and emotion.

Some tracks play out like a lullaby with smooth and alluring distanced sounds and ambient tonality.

All the songs portray a lot of heart and love as they give a poetic beauty.

There are parts of the record that put you at ease and surround you with the sound of calming strings and piano.

With such a striking and huge album, we wanted to sit down with Vincent to find out more of how all of this started for him and where it's going next.

TSWS: So let's start with the self titled Vincent Grace album. This record is very acoustic guitar driven and touches on folk and rock. Where did this album come from?

Vincent: This album comes from a distant time, there are parts of songs that I wrote in the late 90s, 2000s and in the last year....all intertwined in several layers of stanzas and verses.

TSWS: This release feels like a concept album is that correct?

Vincent: It can be considered a concept album since the concept is myself hence the self titled and this sounds quite pretentious but it is an album aimed at me as the main listener with the intention of freeing myself and expressing feelings that are very well hidden and not shown until now.

The songs seem like they all come from a very real place inside of you. Are these songs partially recounting life experiences?

Vincent: I've been singing in front of an invisible crowd since I was a child so I think that's how it started.

Did you used to perform live? Will you be focusing on live shows again when the time comes?

I have performed at a wedding I have played for friends and close people in bars, all very amateur but I want to go further.

What are you doing when you're NOT working on music?

TSWS: This album felt like a big undertaking. Did it come out how you expected?

Vincent: Everything has been very homemade, the recording, the execution, the post production and I feel that it have been a bit hasty and there are many things to improve so I'm wishing to recording my others songs.

What sort of things inspire you to write?

A memory, a movie, a poem, a song, art...it’s something that arises in a spontaneous and magical way.

TSWS: What bands and artists really influenced you as a songwriter?

Vincent: I fell in love with the concept of being a musician with Kurt Cobain although the Beatles were already playing in my house but it was Nirvana that made me a musician without music.... then after some time the Doors came and Jim was my frontman reference on stage and something to imitate but not  It wasn't until I met Dylan that woke up something in me and I said....hey man! why don't you try?

Vincent: If you read between the lines you will discover a different album concept is not the typical folk or country album ... it is darker...It has punk and grunge in its soul.

This is only the beginning.