An Interview With Walt 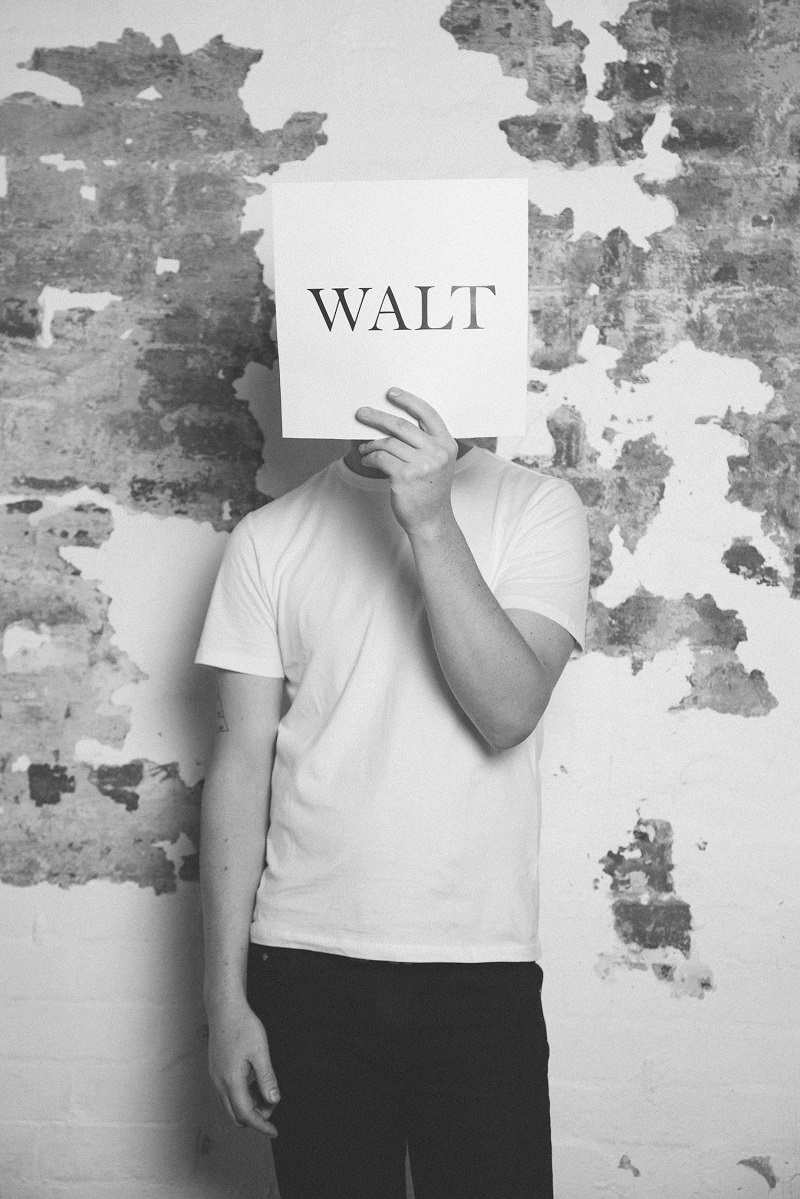 The premier of a debut album from Walt blends an atmospheric and colorful indie-pop with classic rock along with some massive soundscapes that have a way of washing you away with the sound.

The I Love You On The Internet album is packed with swelling synth pads, distanced bells, and the record creates an atmosphere that is its own.

Retro alt-pop bleeds into the songs and vocals touch on post punk and elements of an array of influences shine through a little differently with each new song.

There is an anthemic ambient tonality to the album that has a way of sticking with you and feels like a waking dream at times as natural and digital instrumentation fuse together and vocal melodies sway with a deepening approach.

You'll find yourself floating along with the records engulfing ether and you will want to stay right there.

Like a digital dream-pop Pink Floyd, you get hooked on progressions and a wading emotion that treds water from start to finish as organs, keys, and guitars fill the air surrounding your body.

Upon a full listen through the album, you may find yourself lost in its sonic presence and it's quite a beautiful thing once you realize its happening.

You won't want to wake from this dream, but once it ends, you find yourself having to take some time to adjust back to reality.

It's quite a rarity that an album takes you away like this one does.

With such a powerful debut, we wanted to have a chat with the band to talk about where this all came from and what may be next.

TSWS: Okay let's start with I Love You on The Internet. This album is a vibrant cross between classic rock and indie-pop with a massive soundscape. Where did this album come from?

Hello the Sounds won't Stop. Cheers for having us along. So...A lot of the music we had played in a live setting was on the noisier and more experimental side of things with a lot of time and space given to the guitar. I think we were all pretty bored of the music we were making because we'd kind of tapped that well for a while. So we ended up just sitting in a room with a cheap casio from the 1980s and a drum machine. The songs started as very simple synth parts, vocals and drum machine and then we wrote other parts to fit a band setup.

TSWS: You've released a few singles from the record so far and the videos for them seem to have a great almost 70's aesthetic. Will you have more videos from the album as well?

Yeah we've been fortunate enough to work with some great video artists; Sam Orchard - i'm here now,Carolina Arsenii - lightfootGuy Tyzack - anon. #11There'll definitely be more videos in the future. Possibly one more for this current album. The video thing is definitely an area of interest for the band. As they say, the first bite is with the eyes.

The album is out in a week and change. March 12th

TSWS: Will you be putting any focus on live performance when the time comes?

We still have a member interstate but when they come back to Melbourne we'll book some shows in support of the album. We're looking forward to adapting the music for a live band setup as in was written as a studio project so it'll have to be reimagined slightly I guess.

Yeah we all spend quite a lot of time on artistic endeavours and members play in several other bands in and around Melbourne. When we're not making music we all subsidise our negligible artistic incomes with various jobs from music teacher to translator to computer engineer-type-thing. When we get together we also enjoy actively compounding the strain that being in a band puts on friendships by playing boardgames very seriously and competitively. No eye contact. No small talk. No mercy.

TSWS: I'm hearing so many different feels on this record so far. What are some of your biggest musical influences?

Oh thanks. I think we all sort of just hear it as a pop album. To me the writing seems to mainly come from the 1960s pop thing (The Beatles, Beach Boys etc.) but arranged for a post-punk band (Joy Division, Throwing Muses, Glorious Din, Shellac). It's essentially a 60s pop carriage on a post-punk track with a few nods to psychedelia and folk.

I think like any musicians who are doing it quite a lot we're inspired by many different things. In terms of musical aesthetic, for this album we were inspired by the limitations in using just a casio synth and drum machine for the songwriting. In terms of lyrical ideas or inspiration, they can come for anywhere, as long as it gets the job done. Having said that, on this album we seemed to be particularly interested in writing ideas that maybe haven't been approached too much in songwriting form. For example. the track 'dance 'til you drop, frau trauffea' was inspired by reading about the 1518 dancing plague in the town of Strasbourg.

TSWS: This album feels like a big undertaking. What sort of advice would you have for other up and coming bands trying to get heard?

Well, I guess in terms of promoting this project, we are just starting up so I'm not sure that we have any tried and true strategies to build that side of things. I've heard good things about the internet? Maybe try that? Try the internet? Nah I'm not sure. We've just tried to work with people whose approach we really value and appreciate and have fostered genuine and earnest relationships as possible. We were able to work with Aden Senycia and Jessicca Bennett at Love Shack Studios (mixing and drum tracking) and William Bowden (for mastering) and have found them to be not only great people to work with professionally but also lovely people to be around. We also think when hitting up industry it's important to appreciate when someone actually actively engages with the music a band is making and that radio presenters, blog writers, labels etc. are battered with so much music all vying for visibility in a flooded market that it's better for us if we just appreciate the people who engage and don't worry too much about the motivations of people who aren't interested. At the end of the day we're in a position where we can make quite a lot of music so it's not the worst news in the world if it's met with relative indifference.

Well we have about 40 tunes demoed for the 2nd album so when we're happy that we have a strong album we'll jump back in the studio and record. These tunes hopefully range from maybe good to interesting and at the moment it's not clear whether or not we need to do more writing to get a strong album.

Some things that we've been listening to are; Sweeping Promises debut album, Chronophage (the album Th'pig'kiss'd is great), Asa Chung and Junray (the album Jun Ray Song Chang is great). Also the album Afro-harping by Dorothy Ashby is excellent. Also Neu. So much Neu. And the album Dakhla Sahara Session by Cheveu and Group Doueh, it's pretty strange and super interesting.  Other than that through lockdown last year we were gorging ourselves on Broadcast and Talk Talk and also went a bit crazy on the Mahavishnu Orchestra. Oh and the new Citradels album is also really good. It's called Tracs and has some really great tracks.

No worries. Thank you very much for having us. We really appreciate it. We'd also like to say thanks a bundle to the people who are listening to Walt and to those who aren't... smarten up! Keep listening at the various places that people listen and we'll be putting more music out in the near future so keep your ears peeled and for now please enjoy 'i love you on the internet'. Out 12.3.21