Warbler BC Releases "Too Easily" 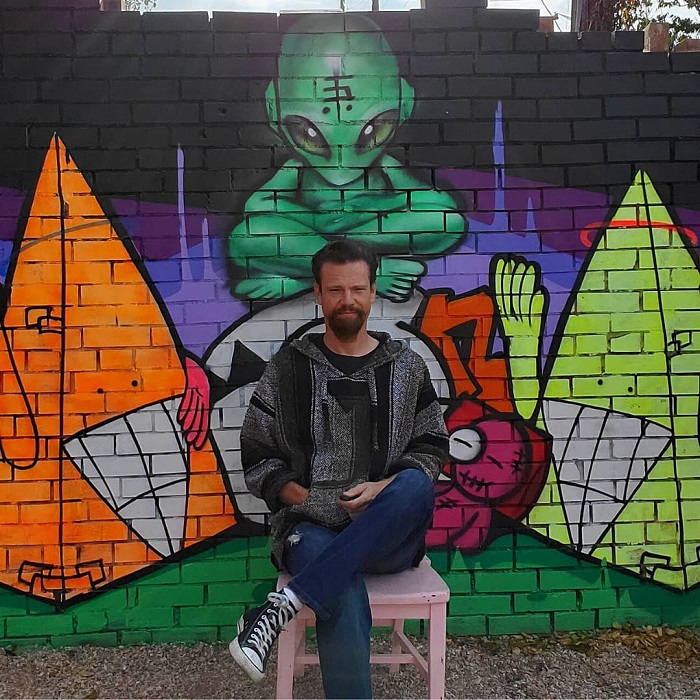 Warbler BC never ceases to amaze. He releases material that has soul, depth and guts. His latest single dubbed "Too Easily" is a step outside his norm and it feels outstanding.

The single is a cross between Johnny Cash and Sinatra.

This track has brutal honesty and the artist lets it all out as if it were therapy for him to do so.

The song is composed of acoustic guitar, deep crooning vocals, and beautifully constructed piano that all come together to make something moving and cinematic.

This song has a deepening and swelling aspect to it and you can feel the pain and touches of sorrow behind it's passionate performance.

Warbler BC is a rock project and releases stick to a killer classic rock format with some psychedelia undertones but this one has something different.

It has his signature vocal style but it's more than just a rock song.

It's got something that swarms around you and washes you away with it, and that's impressive.

We are familiar with this artist and have reviewed his material in the past (all of it being quite good), and it's so great to hear something so outside his box and so beautiful to come from him.

We wanted to talk with him about this song and so we did just that.

TSWS: Okay so when we last spoke we were talking about "Just What I Wanted". The new single "Too Easily" is clearly about love and being careful with it. What inspired this song?

This song came from a poem I had written about a break up some time ago. It seems that sometimes only poetry can hold the weight of an experience like this.

TSWS: This one was a different sound than we've heard from you. The acoustic guitar and piano give a great feel. Did this song just come to you? Did you write the lyrics first?

Again, this began as a poem. The words always come first, along with the inherent tempo, and then the final melody and composition. I wanted this song to be somewhat minimal in its composition, because I felt that this would enhance its feeling of intimacy.

TSWS: Would you say you use your life and emotion to write your songs? It feels that way.

Naturally. Songs must come through life and emotion. It is easy to lie through the spoken word, but nearly impossible to do so when singing. The intention of the soul becomes immediately apparent in song, regardless of who the singer is.

TSWS: Will we hear more of the acoustic side of you in the future?

TSWS: This was a theatrical feeling song. Are you inspired by films or theater as well?

Several others have said that they thought that this song sounded like it was part of a soundtrack from a movie, which I took as a great compliment. Theatre and film are always an inspiration, but I feel that a song has the unique ability to harness the listeners imagination, and then take it on an uninhibited ride through the green and dewy pastures inside the wilds of their own mind. I believe that sound is special in this way.

TSWS: How long does it take you to record a song like "Too Easily"?

Many of my songs are not done to a click, so they require that I get a perfect take from beginning to end.

This was one such song. I believe it took the better part of an afternoon for the take I wanted. And then the piano was added later on by a very talented musician named Xue Castano.

TSWS: I think this track is super relatable. Do you think fans of your music will relate or accept this newer sound from you?

I’ve gotten very positive feedback from my fans on this song. I think that everyone can relate to giving themselves over to love, only to have that hope and promise end in heartbreak.

TSWS: With a song like this, it seems like you use your music in an almost therapeutic way. Is that true?

Music is always therapeutic. Not only for the creator, but for the listener as well. That is its magic.

TSWS: Are you working on new material right now?

Yes. I am finishing Blood born, and Ulysses Song, both of which I hope to be well received.

TSWS: We'd love to hear a full length album! Is that possibly happening this year?

Yes! An album will be released this year. I am planning to release it in July. That has been the intention all along. To create a cohesive narrative that will carry the listener through a kind of musical Odyssey.

TSWS: Anything you want to add about the song?

This songs style happens to be a bit old school, and I have been criticized for that. But I believe that beauty has a very definite form, and I see no need to reinvent the flower.