The Bright And Wild Sounds Of Western Threads 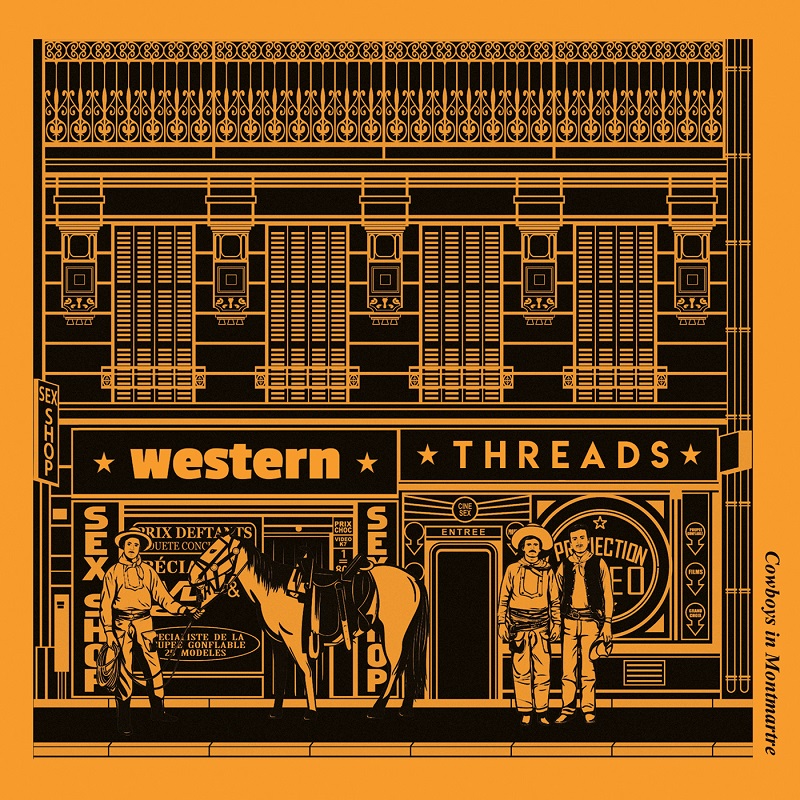 Western Threads is ramping up to release a massive album dubbed Cowboys In Montmartre and we got a sneak peak at the record and all it's anthemic indie-folk rock glory.

The album is an honest and upfront pop record that utilizes acoustic guitar driven songwriting and incorporates floaty guitar sections and an atmosphere that creates a world all their own.

Fresh instrumentation shows face after a few songs in giving off a southern twang with violins and plucking guitar sounds along with duet style vocals that become quickly addicting.

This gave me a very Tilly and The Wall feel with some alternative edge to it.

As the record plays on you start to get the feeling this is a concept album, and that it may be. Either way it feels good to listen to it and the gusto grows as well as the pop aspects the deeper you go.

Western Threads knows how to tastefully hook you in within a few quick seconds and that's not an easy thing to do.

At times Nick Cave feels come through while sounds touch on surf rock and there are more musical and vocal hooks than you can handle across the span of the full record.

Cowboys In Montmartre is a lot to soak in but it's so worth doing so.

The release is big and if you listen to it as a whole (which you really should), you have to kind of snap out of it and look around the room to get your footing again.

It's a piece of work that can take you on a journey of sorts and it's a damn fun one to take indeed.

Songs get descriptive and tell stories that paint pictures quite well while ambient sounds fill the air and surround you.

This is an incredibly enjoyable album that was performed with heart and love for the craft which you can hear in just about every song.

There are little boundaries set with this record. Songs are freeing and open as they flow seamlessly into each other to create the full piece.

Cowboys In Montmartre will be available February 27th everywhere but in the meantime you can have a listen to their previous Our Secret Room EP which will give you a good first taste of the band.

Keep your ears open for the upcoming album release from Western Threads!