An Interview With Willow & Wood 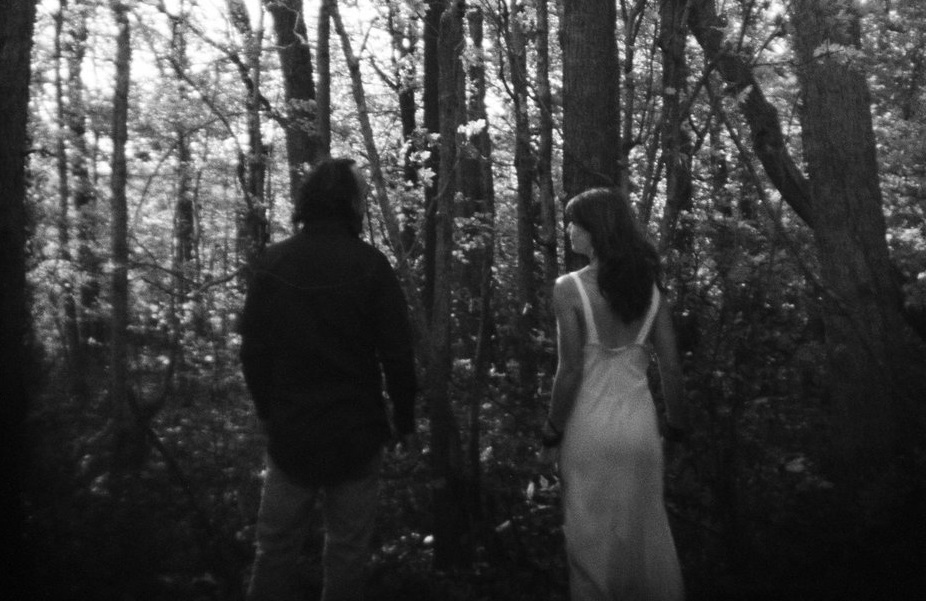 The latest from Willow & Wood gives us a beautiful and breathing sound that seamlessly blends Americana, with pop, and classic and contemporary rock as songs flow like water and wash over you in a passionate soundscape.

The Tornadoes In My Head album is lush with distant guitars, harmonies, and an ambient atmosphere that seems to surround and engulf you enough to swim in its sounds.

Vocals on this record are full of life and love as they are performed with an allure that gets you hooked pretty fast.

The warm and descriptive set of songs paint pictures and are built from emotional platfroms that feed off your own memories somehow.

Among the array of cinematic vibes and distant undertones, you find this edge that you notice here and there and a multitude of catchy hooks and doubled guitars that are just as important and colorful as the vocal melodies are.

Most of the songs on this record come with a message or a story to tell and it all interweaves together and gives the record a concept album sort of feel to it.

As a whole, the album feels like a dream. Like a waking dream actually. One that you want to try to get back to as soon as you open your eyes.

There is a wonderful comforting feeling with a lot of these tracks and vocally can make you think of people like Stevie Nicks.

With such an outstanding piece of work, we wanted to have a talk with Willow & Wood and find out where this all began.

TSWS: Let's start with the Tornados In My Head album. This record has a beautiful, cinematic alternative country tonality to it. Where did this record come from?

Ironically, as I am writing to you, we are having flash flood warnings, as well as warnings of severe thunderstorms with possible tornadoes later today. It must be in the air.
Tornadoes in My Head is a collection of songs that have been in my system for a long time.  They’ve been on the verge, just beneath our skin. Leaving Seattle and moving to Nashville was a part of their release. Both figuratively and literally. It’s the longing for home, the search for space. These songs tell the story of trying to settle while unraveling and stitching together experiences and emotions. All of which can feel like a tornado of thoughts and emotions running through your head.It's church hymns and old country; it’s tube amps and weeping guitars, and a need to dry our bones in a new place. It’s been a long time coming.

TSWS: I'm hearing rock, Americana, and more on this album! Who are your biggest actual musical influences?

We like to joke that I'm a little bit country, and Wood is a little bit rock-n-roll. Wood has definitely been influenced by art-rock and jazz, as well as guitarist/songwriters like David Rawlings, and the music and production of Daniel Lanois.  He has this amazing ability to lean into my lyrics and follow along with moody, reverb-drenched lonely sounds.Music has always been a part of my life…I grew up in the church and was constantly surrounded by gospels and old hymns.  My father was an avid collector of country records, and I spent countless hours with my ear pressed to the tweed speakers, surrounded by record sleeves.We are inspired by so many different genres of music and musicians - we love Big Thief, Gillian Welch and David Rawlings, Jeff Buckly, Mazzy Star, Deep Sea Diver, Nina Simone.  About ten years ago we were turned on to the record "La Llorona" by Lhasa de Sela, and her music continues to constantly influence and inspire us.

We both had been playing around Seattle for several years in the 2000's, me in the singer-songwriter/indie-folk world, and Wood more on the rock side of things.We had been running in similar musical circles with fellow friends and musicians for about a year or so, when we finally met one hot summer night at the old Seattle venue, The Dubliner. I was going to be performing at the music festival, Bumbershoot, and needed a guitar player.  He was not currently playing in a band...and then the magic happened.

We are so looking forward to performing live again on a more regular basis!  Being without live music is one of the things that is hardest for us about our life in the midst of a pandemic.  Both not performing and not being able to see much live music.Although, on the flip side, during the heart of the lock-down, we did a handful of live-streaming shows and really dug how we were able to  connect with our fans, friends, and family across the country!  In the fall of 2020 we celebrated the digital release of Tornadoes In My Head with a socially-distance live and live-streamed performance, and it felt amazing!  Our limited vinyl edition of Tornadoes just got into our hot little hands three months ago and we cannot wait for a live vinyl release show!

It's difficult to picture Wood not working on music.  When we aren't writing or rehearsing or performing together, he is constantly playing.  Working on some new tuning, or a new genre he's fallen down the rabbit hole into.  Or delving into Samba, or jazz, or classical, or Hawaiian Ukulele.  He pretty much breathes in guitar. For "work" he manages all the up-keep for three beautiful, old Nashville apartment buildings from the early 1900's.I'm in love with the world of wine and have used the lock-down to study for and get my Level 1 and 2 Sommeliers Certificates, and I wait tables at a little bistro down the street from us.When the pandemic first began, I found myself slipping into a new kind of heartbreak that for some reason made it difficult for me to write songs. So I began to write haikus instead.  And after a bit I saw the world in syllables...creative bursts of 5-7-5. A while later a friend of mine suggested I pick up painting.  Not that I am any good, but it opened another door, and I began to see the world in watercolors.  And seeing the world in songs, haikus, and watercolors is kind of a lovely thing.

TSWS: You have been releasing music since 2001! What kind of advice would you have for up and coming bands trying to be heard?

I would say listening to your gut and your heart is one of the most important things in any creative format.  Trusting yourself, but not being afraid to lean into others who are supportive and want to help.And to take risks!  I wish in hind-sight I took more.

We'd love to get the word out as much as we can about the new record, Tornadoes In My Head.  We're really proud of the journey it took to create and release it.  It will be interesting to see what the future holds for live music.  We’d love to tour internationally. We’d love to dive into the world of placements and soundtrack work.  I’d love to lead a songwriting retreat in Rome!  It would be fun to record an entire record with just acoustic instruments…maybe in a cabin up in the Smokies while we are still Southern bound.  I do know that at some point in the future we will be returning to the NW to be closer to our families. 2300 hundred miles is a long way to be from your mamas and papa for five years.But at the end of the day, we just want to create our song, and hope it finds a home in someone’s heart.

I can't get over Big Thief's Capacity.  It's a couple years old now, but it has been one of my main-stays of late. A few days ago my friend, Katelyn, turned me on to Carnage by Nick Cave and Warren Ellis, and it feels like the perfect songs for the end of winter and beginning of spring. "It's only love with a little bit of rain, and I hope to see you again".  Pretty much wraps up the last 12 months for me. Wood has been heavy into Julian Bream and Joao Gilberto.

I have this sharp cheddar cheese with bread and butter pickle fetish.  Or hang-up. Or go-to.  I mean, I think about that delicious duo together all the time. I don't even need bread to hold it together.  I can literally just grab a big hunk off of a block of extra-sharp Tillamook cheddar, a handful of my mother-in-law's b&b pickles and I am midnight-snack-blissed-out!In the summertime here in Nashville our home is full of peaches, and I can sometimes smell their sweetness from my pillow. It is possible that "middle of the night snacking when I cannot sleep" is truly a part of my make-up.

Yes!  Looking forward to getting several created for a handful of tunes off the new record!

It's my hope that Tornadoes In My Head speaks to your heart, that it makes you feel and swoon and dance and cry.  That you know that someone out here feels the same way.