An Interview With Willy Matéo 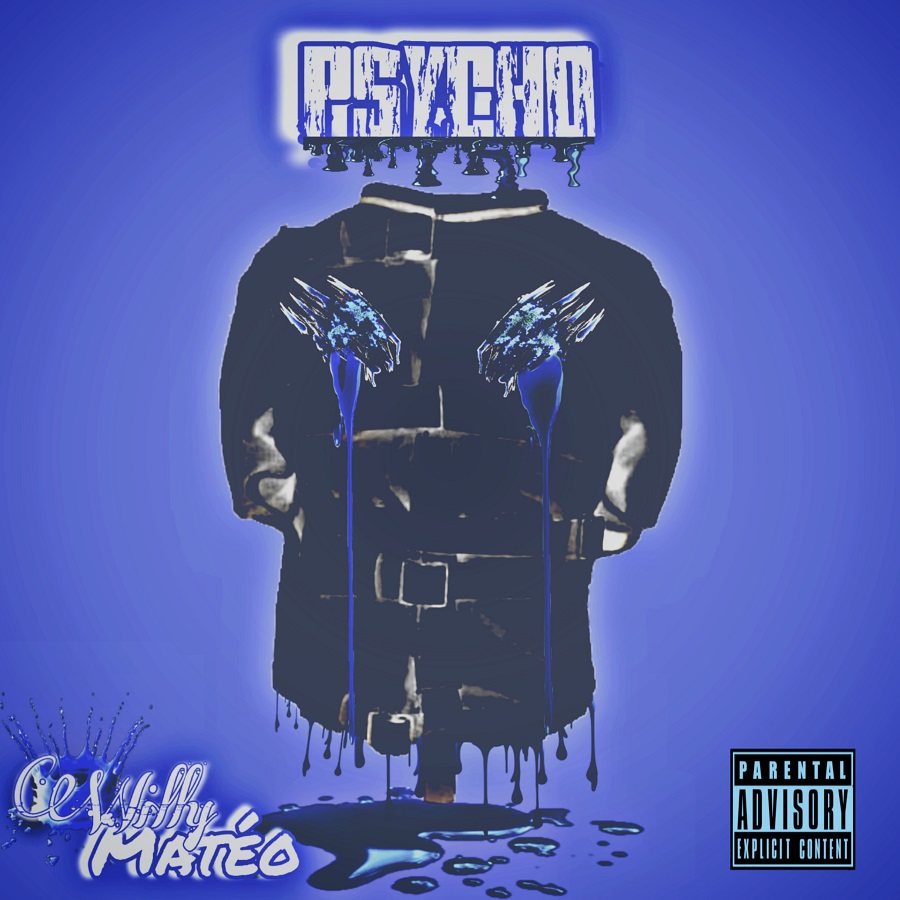 A new single release from Willy Matéo smoothly brings together R&B and dream-pop to create an honest and colorful track that sticks with you.

"Psycho" is a vibrant bit laid back track that showcases soulful vocals and swelling synth pads to build the song's emotionally driven backbone.

This track is a showcase for a songwriting style with a youthful energy and a mature musical style.

The single builds and has an allure that's hard to put your finger on.

What's not hard, is to really love this song.

It's relatable to many and boasts and certain vibrancy that's hard to beat.

With such a killer R&B banger, we had to have a chat with Willy to find out more about where this song came from and what's coming next for him as an artist.

TSWS: Okay so let's start with "Psycho". This track has an indie-pop and R&B vibe to it but also touches on vintage alt pop as well and seems very personal. Where did this song come from?

Willy: Well first, let me say that I believe everyone has psychotic thoughts even the sanest of people especially when you're dealing with a broken heart. Some of us just choose not to act upon those thoughts because it's really not in our hearts or nature. We just suffer in silence, creating fantasies in our heads about what would've happened if we did get revenge on the people that hurt us. That's basically what this song is about. The raw thoughts and feelings that I had after different breakups that I had experienced that included lies and infidelity.

TSWS: How do you record your songs? Is it a home set up?

Willy: Well I normally I start off using my phone to record my songs to give me an idea of what the song would sound like. Mostly like the rough draft then I go to a professional studio to finish the final project.

TSWS: Do you normally start with the production or does the melody and lyrics come to you first?

Willy: It all depends. Sometimes a melody just comes to me, at random, that I really like and I'll just write a whole song based around that melody. The lyrics usually just flow through me once the melody's down in my head. If I really like the turn out of the song, I'll try my best to create an instrumental that will best fit the melody. But there are other times when I'll just be creating a beat, not looking to sound like anything in particular, I'll come across something I like. The melody and lyrics are then created around the beat that I created but whatever the situation is, I make sure that my lyrics are based on actual events and/or feelings I've personally experienced.

Willy: I've been singing since the age of 4. Started performing at a young age also. Been in a couple of musicals too so music and singing has always been a huge part of my life. It's all I ever wanted to do. I've recorded a few songs throughout the years but never released them publicly because of how self conscious I can be at times. Until recently out on chance, my first and second single "GUNNIN" and "JUST CHILL" was publicly released in December. I got such a great response on my songs that l decided to put out more music. Now here I am with my 4th single "psycho". Music has been my therapy.

Willy: Simple things like family, love, and life. Sometimes the simple things are what matter the most. We lose sight of everything because we are too zoned into our own lives. I can get inspired with any moment, feeling, or thing that speaks to my heart in that moment.

Willy: When I'm not making music, I love catching up on my favorite crime shows. Hanging with friends and catching up with them. Going to visit my sister and my Godkids and spend quality time with them. I like listening to other artists' music too. I also like to read novels and watch educational documentaries.

Willy: Well right now I'm working on a new song with my sister that I'm planning to put out soon then when that is released, I'll be working on an EP which I've already started writing for. I'm hoping people really like it. I'm also trying to setup some live performances on my social media, considering since we are still in a pandemic, once I have enough songs recorded. Praying to also setup some live actual performances once Covid-19 has been cleared out too.

Willy: If you really believe in your talent and the gift you believe God bestow unto you,  dont give up. Push harder. A thousand NO's will eventually turn into a YES.  Not everyone is gonna like your music but they have no choice but to respect you for being true to who you are and the passion you have for your craft. Just don't give up. Struggles are temporary. The results will be worth it.

TSWS: What artists of bands really influence you?

Willy: Vocally, I'm inspired by Toni Braxton, Michael Jackson, Ariana Grande and many others. But I would say Selena Quintanilla, Mariah Carey and Beyonce' has had the most influence on me my whole childhood. They were the ones that made me really want to sing. They know how to bring a song to life. Nowadays, I've been a Billie Eilish and SZA fan because of their raw emotions in their songs, the simplicity, and the vibes they give.

Willy: Thank you so so very much for the love and support. It's beautiful to know there's people like me out there who understands what I'm talking about in my songs and I hope "psycho" and all my other songs can resonate with you in some way like they have with me. More music is coming including performances. I love you. You guys are absolutely amazing. Please keep supporting. It means everything. I'm here for your entertainment.