An Interview With Zach Smallman 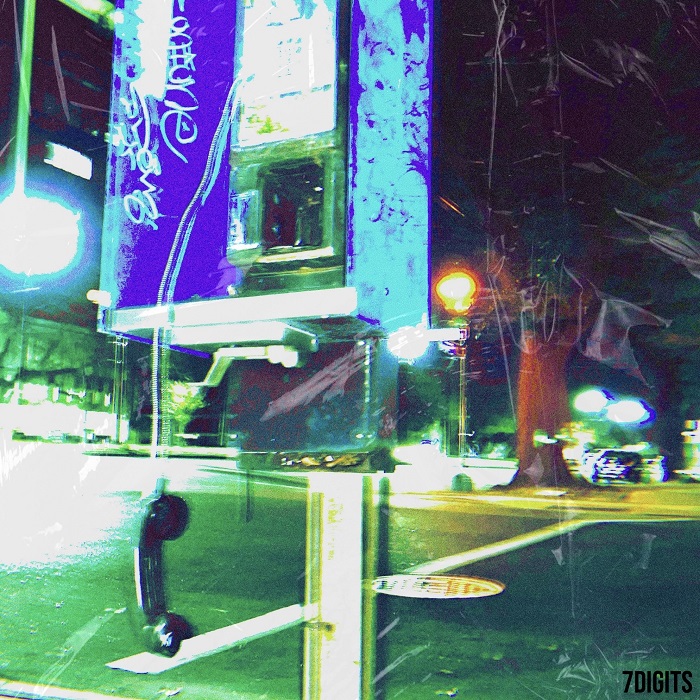 A fresh new banger from Zach Smallman brings a crisp and youthful indie-pop groove that comes with jazzy undertones and R&B vibes that showcase the artist's smooth swagger and ability to write current feeling singles that bring hooks and stability.

"7 Digits" is an outstandingly addictive single that takes several genres and an array of textures and sounds and brings them together to build an atmosphere that's all it's own.

Smallman teamed with Sparks for this one and what started as a songwriting assignment, grew into something else all together.

This track jams like hell. It's got some awesome production tricks and you certainly may find yourself singing "call me, baby you can call me" hours later.

The release is refreshing and gives a particular energy that really works like a charm. And it is quite a charming song indeed.

This is one of those songs you find yourself dancing in your seat to. You don't even realize it's happening but it is. It's really hard not to get off your ass and dance to this one and I think that's part of the point.

He literally says, "I just wanna dance till 3 in the morning". And this is the type of song you can do that to without question.

THere is a lively and vibrant energy that comes off colorful and freeing which only makes this whole thing more infectious.

What's even better is the music video that accompanies the single.

The video lets the artist's presence really shine as you watch him dance the night away in city streets.

This was alluring, fun, danceable, and a perfect pop single for the approaching summer.

With such a delightful release, we wanted to have a chat with Smallman about the song and more.

TSWS: Okay so let's start with "7 Digits ". This track has a smooth indie-pop tonality to it! Where did this
track come from?

7digits was the first song Sparks and I worked on in the fall for a final project in our
songwriting class. Both Michael Sparks and I are Seniors at the Loyola University of New
Orleans studying Popular and Commercial Music and have 6 weeks till we graduate. This
song was written based on my experiences leaving people on read and also being the
one who has been left on read. It carries that very quality of loving the time you spent
with someone and wishing you could call them and start where it left off. The blend of
dance vibes with sad lonely emotions brings a bitter-sweet element to the song, which
we also tried representing in the music video as well.

My parents introduced me to a lot of music at a young age. My dad showed me Classic
Rock and my Mom danced to RnB and Motown. I would say a lot of those musical
influences like Michael Jackson, Prince, Stevie Wonder, Rush, Foo Fighters, Steely Dan,
etc. got me to where I am as an artist today, but lately, I have been extremely into Dance
Pop and or Indie Alternative Pop music artists like Glass Animals, Still Woozy, and Toro Y
Moi. I have always been a fan of music that makes me dance and feel happy which is why
I make music in the same vein.

TSWS: The video came out amazing! Did it take long to shoot?

Thank you! The video itself only took two nights to film and about two weeks to be edited
and color graded. The director John Colgan, Editor Dane Bachman, and Sarah Marsh, the
“Love Interest” for the 7digits music video, are all students from the Loyola University of
New Orleans. Both John and Dane work with many artists on creating visuals and I
couldn't be more amazed at the work these beautiful human beings put into the video. In
the near future, Sparks and I will hopefully be working with John and Dane more on
upcoming releases.

TSWS: Did the video come out how you expected?

It did indeed! When it came to storyboarding, John and I came up with the idea to share
the story in a way that shows the audience who I am. Since it’s my first actual music
video, I wanted the video to look cinematic and to have a part of my personality
showcased throughout. I would say the video shows a story, enhances the song and
shows a bit of who Zach is. Big thanks to John Colgan and Dane Bachman for their
efforts in making the video look amazing.

My love for music started with my father singing to my siblings and me to sleep with his
guitar. For me, it's a vivid memory I have as a kid and to this day I still remember most of
the lyrics to the classic he would play even though I haven’t heard them in years. My
family also was one who performed in community theater together and being the
youngest, I wasn’t old enough to be in the shows with them, so I grew up watching my
family perform on stages with bright lights and saw that as where I was destined to be.
Once I was five my parents got me my first drum set and from there my passion for
music grew more and more. By the time I graduated high school, I had learned how to
play drums, piano, ukulele, bass, and had released multiple songs for the world to hear,
my first song being released at the age of 12. I make music because of how deep it sits in
my family roots, but also because it brings me joy like nothing else does in this world.

What’s next? A ton of fun singles to be released and more shows to be played hopefully
in a city near you! We want to continue to make fun music and spread good vibes, that’s
the mission.

Inspiration for a song comes with the music side first usually, but sometimes I will
randomly have a melody idea in my head and ill make a quick voice memo of it whether
I’m in bed or in class or maybe going to the bathroom. The policy for me is, if an idea is
floating around capture it (write it down or record it) before the idea is gone. I talk and
sing in my head a lot so the inspiration is there for the music, but when it comes to the
lyrics it takes a little more thought to find the right word to say and the way I want to say
it.

When I’m not making music, I try to spend most of my time with friends and family. I love
having a good time whatever that may be as long as I am laughing. I also love spending
time with animals. I love dogs with a burning passion, but recently cats have been
growing on me, sorta.

A whole lot of Bedroom Pop, Lofi, R&B, and House.

I recently have been performing again in New Orleans after two years of not playing live
because of Covid-19. I have more shows coming up over the summer both in New

Orleans and in Los Angeles this Summer, so be on the lookout for more live shows to
come. The next couple of concerts will be in New Orleans, two being this month (April 8th
at Dmac’s Lounge and April 22nd at Gasa Gasa).

We do indeed. Sparks and I have a home studio together where we have made most of
our new records and where we have various musicians come to either record their own
projects or record on our projects. We are in the works to start recording more live
instrumentation in our next projects, drums being one we’ve wanted to start recording
the most.

TSWS: This track seems like a big undertaking. What kind of advice might you have for other
up-and-coming artists out there?

For me, this song is the first song I have released in over two years. So yeah, it does feel
like it was something for me to put out there to prove that I am still here still making
music that I love. I would say the Pandemic really threw some gear in my confidence and
plans to make music my career and not until recently have I felt like myself again, but I
am back and happy that I can say I do what I love. For any up-and-coming artists out
there, I would say the biggest thing to remember is, you are on your own time. Don’t
think you have to rush the process or believe it won’t happen if you aren’t in your teens
or 20s, trust me, if it is meant to happen it will happen.

I would love to say thank you to everyone who has supported me thus far and who has
listened to the latest release. I can’t wait for y'all to be a part of this next chapter. Many
more beautiful and exciting things are to come, so sit back and enjoy the journey. 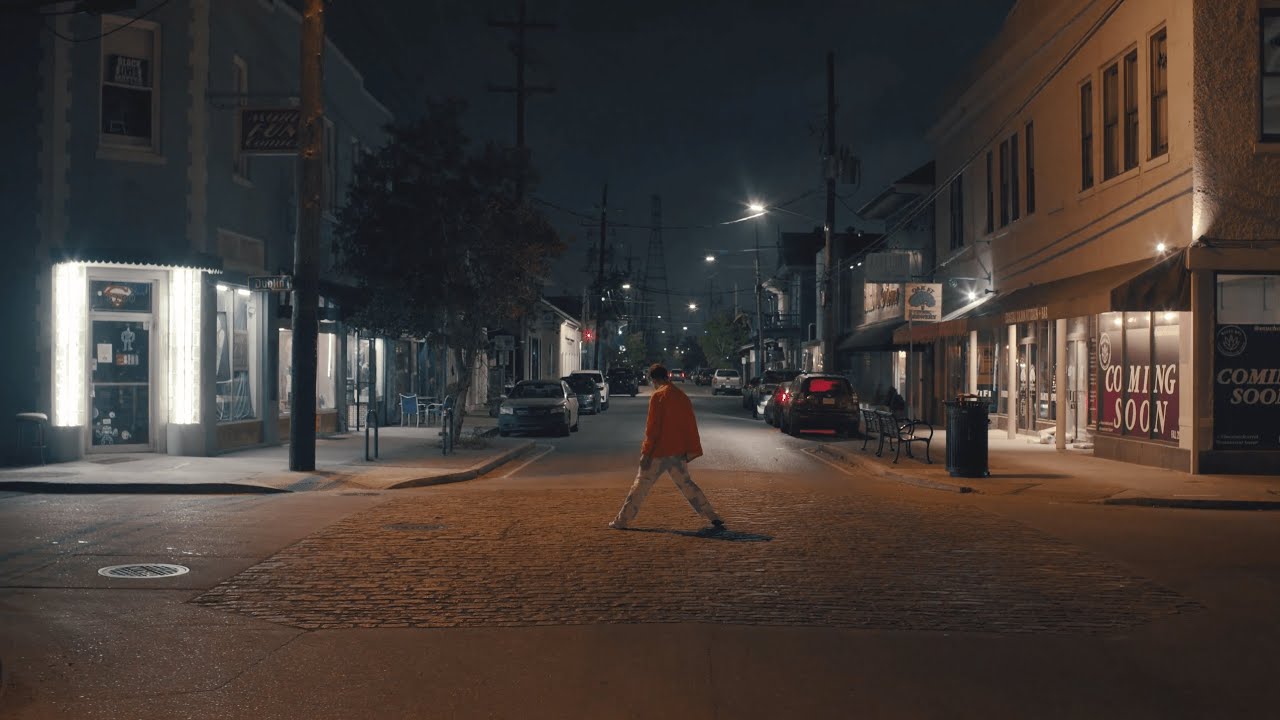