An Interview With Rachael Frankruyter 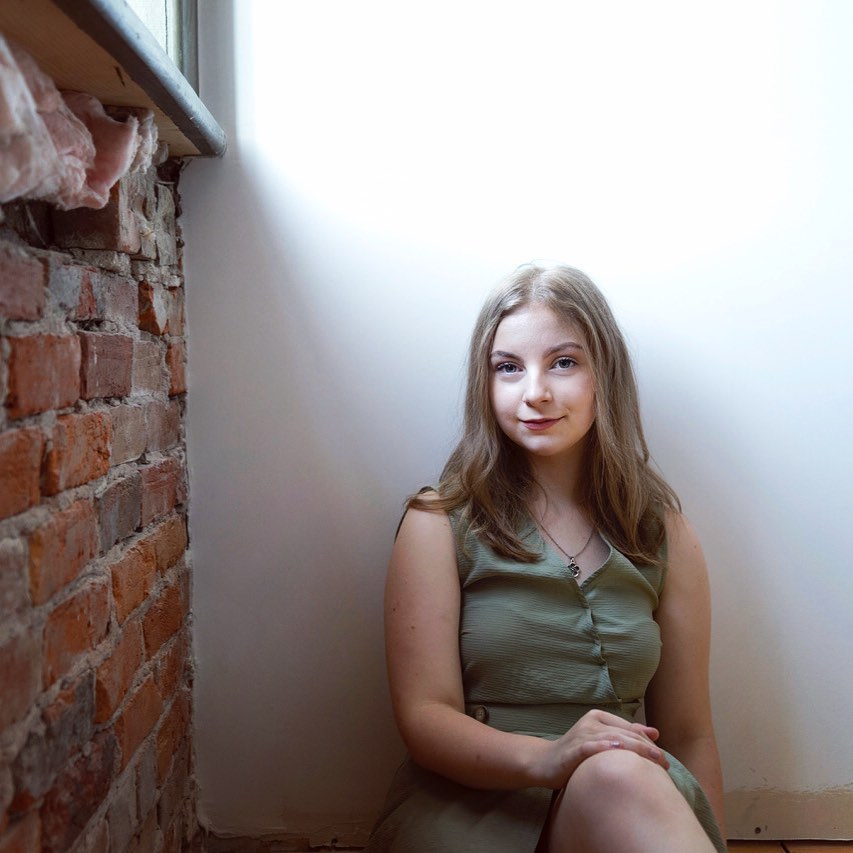 The return of Rachael Frankruyter is a dreamy one indeed as she gives us a gorgeous single lush with color and character along with an edgy undertone, fuzztoned notes and a swing rhythm.

Vocals take over the air surrounding you with harmonies and a wondrous sheen that stays with you and crawls under your skin in all the best ways.

"Ocean" has a graceful power behind it and certainly sticks to her film-esque sound with what feels like a huge atmosphere that tends to have no problem washing you away with the aura and feel of her emotionally driven music.

This single, although boasts some of Frankruyter's staples, is a step outside her norm and a great one at that.

The songwriter is showing that she is writing songs on her own terms and that in itself is a powerful attribute for an artist.

"Ocean" has a way of keeping you afloat and it feels good to listen to it as her singing can allure and relax you in a way.

With such a charming single, we wanted to have a chat with the artist to find out where it came from, and what's next for her.

TSWS: Okay Rachael, let's start with "Ocean". This track has a really cool alternative edge to it with a major pop overtone. I love the flow of this track. Where did this come from?

Rachael: Thank you so much! “Ocean” came about after I saw an old photo. I think a common misconception I had was that once someone’s left your life, the memories and feelings attached to that person will eventually be gone forever also. But I realized how untrue that was after all of the memories and feelings that came along with that photo came flooding back as if they never left. Sometimes feelings from the past never entirely go away, and I related that idea to treading water in an ocean surrounded by memories you can’t escape. My producer (Charlie McEvoy) and I really wanted to capture the feeling of waves in the track by adding a lot of movement in the instrumentation.

TSWS: This felt like a huge song, did it take you a long time to create?

Rachael: I wrote “Ocean” at the piano in about 30 minutes! Sometimes songs just happen significantly quicker than others and that’s what happened with “Ocean”! The recording process took about a month, but we were recording “Ocean” and the rest of my new EP simultaneously. We definitely took a lot of time adding layers in the instrumentation and harmonies to give it a bigger sound!

TSWS: How do you record and write your songs? Is it melodies first, lyrics first? How does that work?

Rachael: There’s definitely no step by step process for me. It’s different every time! It all depends on if I feel inspired by a couple of lyric ideas first or a melody or chord progression I came up with. I tend to look at my own life daily for lyric ideas, so I have lots of one-liners and phrases written down that I can sometimes piece together. As far as recording, my producer and I usually start by bouncing ideas off of each other after I’ve played him the song, and we’ll start recording rough tracks of whatever ideas inspire us most at that time.

TSWS: You've really accomplished a lot as a musician and artist. What sort of advice would you have for up and coming artists trying to be heard?

Rachael: That’s so kind of you to say, thank you! I think it is so important to only write and record music you’re absolutely passionate about, because it’s impossible to genuinely promote something you’re not proud of. Accept that you’ll have some bad creative days and that’s part of the process. Also, pushing through doubt is so important. These are all things I’m still learning!

Rachael: My new EP “For Today” will be on streaming services March 12th which I’m really excited to share! Some livestream concerts are in the works, and I’ll have more information to share about those soon!

Rachael: I’m a University student, so there have been lots of assignments for me to do these days when I’m not working on my own music!

TSWS: I'm hearing various styles on "Ocean". What are some of your biggest musical influences?

Rachael: My musical influences have been changing a lot lately! I have always been so inspired by Phoebe Bridgers and Adrianne Lenker. They both have an incredible ability to write poignant lyrics that seem so blunt and honest but so unheard of at the same time. When I was writing “Ocean '' and “For Today”, I was listening to a lot of Clairo’s album “Immunity” and Soccer Mommy’s album “color theory”. Both of those albums really inspired me at the time.

TSWS: Give us your favorite midnight snack (this is a must know)

Rachael: The go-to midnight snack lately has been ice cream with my roommates. It’s become a weekly occurrence at this point!

Rachael: Thank you so much for listening and sharing your excitement with me! It means so much to me to hear that I’m sharing music with you that you can relate to.