An Interview With Danzan 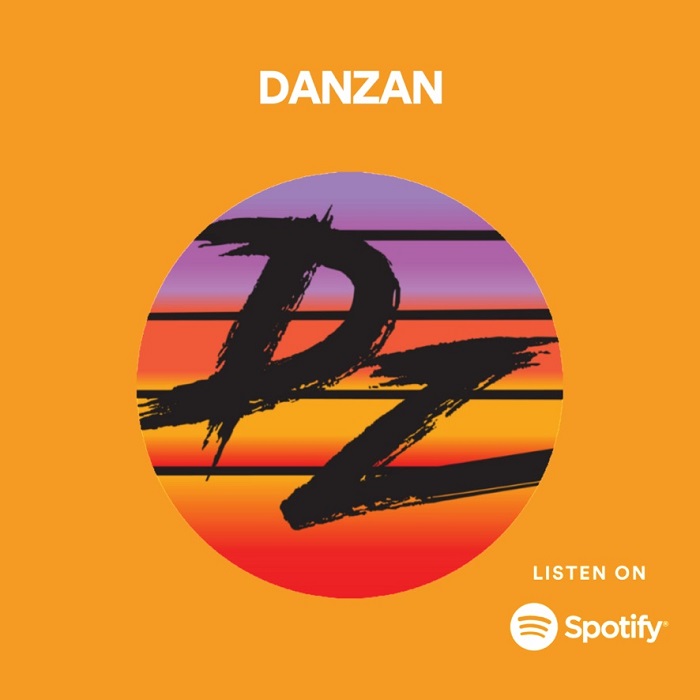 A new single from Danzon hits that classic early 80's punk rock undertone with rambunctious vocals and blends it with a progressive and colorful set of guitar and a killer bassline.

"The City '' really brings in a great indie-rock chorus sound into the mix and the genre-bending sound really becomes quickly addicting.

It's like bands like Dead Kennedys meets bands like Bloc Party. It's got that super raw energy that thrives throughout the songs course but also bases its gusto off of melodic structure along with its gritty punk style.

It's quite a refreshing crossover of genres and Danzan really makes it work so well it's ridiculous.

Bass and vocals have that punk aesthetic but guitars and drums change it up with a more lush and layered clean sound that is surprising at first since the song starts off with the beat and the bass alone.

THe track really grows into something colorful and with a great swagger to it that showcases character and presence as an artist in general.

It's got guts and power.

You want to sing along with your fists in the air from start to finish.

Then there are tracks with a retro-synth pop style too using awesome keys and synth sounds that sound vintage and perfected.

Danzan has no pinpointed genre but goddamn is it fun.

WIth the release of "The City '' we wanted to have a talk with the artist to find out where this all comes from and where it may be headed.

TSWS: Okay so let's start with "The City". This track has a raw punk undertone but brings in some different rock styles guitar wise. This was super fun! Where did this song come from?

On The City, I started writing it with the catchy pre chorus that popped into my head "I just want to live in the city!". I knew I had to write a song out of it, but didn't want it to sound like a typical punk song. As soon as the guitars come in, I wanted to pull influence from Indie Rock bands like The Strokes, Two Door Cinema Club, The Arctic Monkeys, etc. That way the song keeps you on your toes by jumping between these classic 70's/80's punk verses and 21's century indie pop choruses.

TSWS: For sure some great alt-pop, punk and rock styles and influences on this track! Who are your actual biggest musical influences?

I have many influences from all over the spectrum, but if I had to give you 5, they would be Blink 182, The Strokes, My Chemical Romance, The Smiths, and the Arctic Monkeys.

How it all started? I've been in bands and making music all throughout my teens growing up. Like most people after college and going into the work force, I started to forget about my passion for music as life got in the way. When the pandemic happened and we all went into lockdown, I had to stop making excuses for myself and start making music again, if only just for a creative outlet.

I would love for this pandemic project to gain some legs for sure! I'm definitely going to keep at it and see how far it will go. Currently I'm working on an EP to give new listeners more than just 3 singles to choose from. In addition to that as the pandemic is wearing down and shows are happening again, I'm hoping to take these new songs to live shows in the NYC metro area where I live, and hopefully on the road as well.

TSWS: Are you playing most of the instruments on this song?

I do play all of the instruments on these songs. They are all written and recorded in my home studio. Once they are produced, I outsource to a friend of mind to mix and master them.

When I'm not working on music, (aside from work) I enjoy other hobbies such as biking, bouldering, snowboarding, and meeting up with friends.

My advice for other artists/writers is to write what you like and what you would want to hear out there. If you're not digging the song when you're writing/recording it, then other people definitely won't either.

I've always loved to write, it's a great expression of creativity. You start with nothing and end up with a final product. There's something magical about that you know? I'm always inspired to write better when hearing phenomenal work by artists I look up to. Like, "Damn I wish I could have written that!" Hahaha.

Music Videos, yes! I'm currently in the early stages of writing out and planning music videos for current songs and new ones from the up and coming EP. This project, DANZAN, is still very much in its infancy as the first single, Small Talk, was just released 4-5 months ago!

At the moment I'm really liking all of the new Indie music coming out 2020-2021. Still Woozy, Gus Dapperton, Japanese Breakfast, Steve Lacy and can't forget Phoebe Bridgers. In addition to all of that Billie Eilish and her brother Finneas have been blowing me away with all the new music they're putting out.

In terms of live shows, I am looking to start playing live once my EP comes out (hopefully later this fall, or early Winter). I'm gonna need more than the 3 songs I have out right now to play live in front of people lmao!

I'd like to thank everybody who has heard my music! I honestly didn't think people would listen/like any of it when I started this creative project for myself. This support is what's encouraging me to see how far I can take this thing!