A Fantastic Escape From Fleeting Persuasion 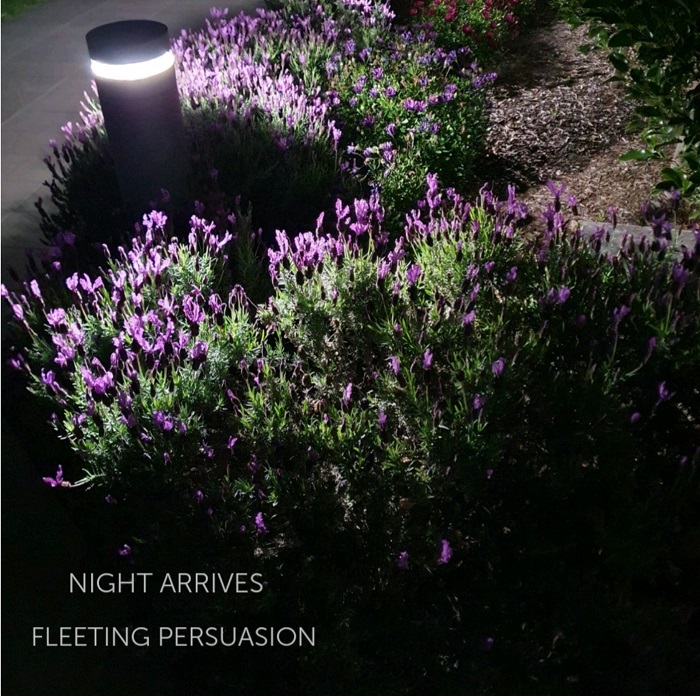 A new release from Fleeting Persuasion brings with it a warm and distant dream-like tonality that flows with an emotional drive and a smooth soundscape that feels vast and impactful as its cinematic punch keeps strong.

"Night Arrives" is pulled from something real. It's a genuine experience and feeling the songwriter used to create the song and that element bleeds through with every note.

The sound of the track is amazingly nostalgic as it reaches back to a 90's alt-pop but also takes indie and dream-pop along with guitars and reverb effected drums to make everything really hit hard.

This is powerful in the way that it makes you feel and it makes you think. it can cause memories to randomly pop into your head and that's where that nostalgic tone plays through the most.

The actual soundscape of this song has something that is able to pull you in and let you float face up and stare at the stars in the night sky while you think.

it's quite beautiful how it can engulf you in that way. It's not a bad thing at all. It's actually very relaxing and peaceful.

There is certainly something about the song that feels freeing. Not carefree. Just freeing. As if a weight has been lifted off of your shoulders and you feel that relief.

It's the same feeling you had as a kid when you'd stare at the moon and wonder what it was like up there.

You escape from the world for a moment. And it's outstanding to have a song that lets you do so.

We need songs like this. Songs that take you somewhere else all together. I think that's part of what music is all about.

And Fleeting Persuasion has captured this and knows exactly what to do with it.

Everything about this release is graceful. The performance, the songwriting, the arrangement, the mix, it's all got this silk smoothness to it that lets everything breathe.