An Interview With Future West 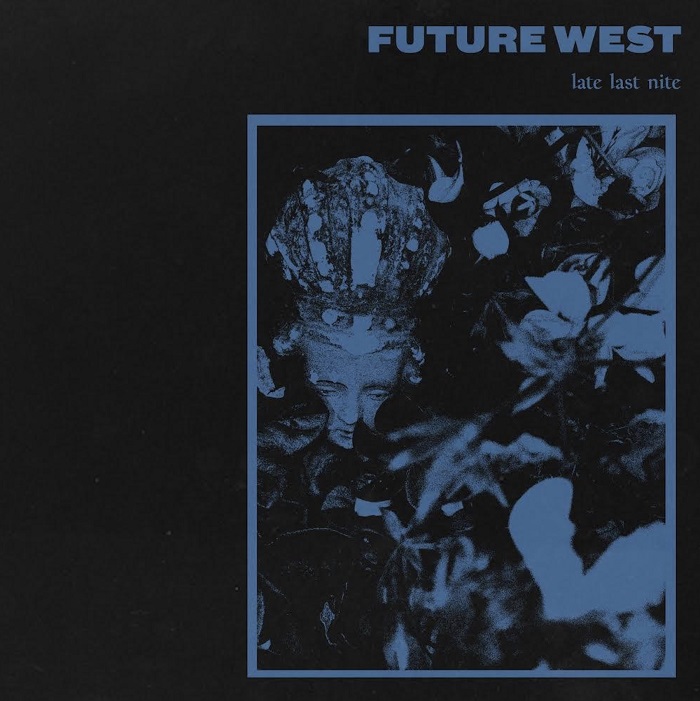 Future West just dropped a fresh single that hit that early 2000's garage indie rock style with touches of doom and gloom that hover through its atmosphere giving it an edge that sets it apart from the rest.

"Late Last Night" is like Interpol meets The Strokes but with a massive cinematic vibe that explodes into the air and swims around you along with a hard groove and bass line that carries the track into a danceable pop undertone.

Loads of killer guitar work and drumming that really gives the song an alive and breathing feeling and the vocals all have that shadowy vibe that becomes quickly alluring. It's about that swagger. That character.

This band has tons of character and it all comes through shining with this single as it's radio friendly chorus hits all the sweet spots it should and gives the band the ability to showcase their knack for writing songs that have a fuzz tonality that gets catchier than you've maybe even heard before.

The vocals are really well done and have plenty of great harmony parts and really at times, feels like different singers all at once.

This was familiar but refreshing. It rocked with a massive soundscape and stuck to its guns all the way through and it ended as mysteriously as it began.

There really was quite a groove to this. It's hard not to start bopping your head and soon after, start dancing in your chair.

It's got a certain allure that reaches into a daring area and these guys nailed that aesthetic pretty much perfectly.

With such a great single, we wanted to have a chat with the band to find out where this song came from and where they may be headed.

TSWS: Okay guys so let's start off with "Late Last Night". This track has a great alternative-pop feel to it with a slightly dark undertone to it and came through catchy. Where did this track come from?

Thank you for the lovely words and description of the track. That's exactly what I was going for when writing/recording it. I do think the darker tones were complimented by Peter (Guitar) and Pauric's (Drums) production techniques when they were doing the initial mix though. The track/idea itself came from a very sore head after staying up too late on the pints. It was written and demoed one day and fully recorded the next as I wanted that spontaneity to come through on the track.

TSWS: I'm certainly hearing a bunch of different rock and pop styles on this song. Who are your biggest musical influences really?

I tend to pull influences from all over the place to be honest. This one in particular was heavily influenced by Car Seat Headrest lyrically and melodically whereas the rhythm was inspired by LCD Soundsystem.

Future West has actually been a band for about 6 years with myself generally running the show. There have been line up changes and at one point from 2018-2019 it was just myself as a solo act while I was living in London. Currently, as this 4-piece band I'm confident that it has taken it's best form yet and for me personally, this is the final solid line up I have been searching for this whole time.

We hope, with this solid line up, that we can start playing bigger and better shows outside of our home town of Dundalk so we can branch out and get our name out there to as many people who want to get on board with us and support us doing what we do best.

Yes, there is a music video coming in the next couple of weeks for Late Last Nite. I won't give too many details as to what it's about but there will be 3 follow up videos that all tie into one big story line. We're very excited to make them and share them with people.

TSWS: Is there a full album in the works?

Again, yes. Our second album is done and we're currently planning our release strategy so it doesn't fall on deaf ears. It's called "Who Will Forgive All My Sins" and it will be out at some point in 2022.

TSWS: What are you all doing when you're not working on music?

Three quarters of us actually work on music when we're not doing Future West. I myself do regular pub gigs at the weekends as well as being a freelance audio engineer, recording, mixing and producing records for people. Peter and Pauric also play in other bands as well as being audio engineers. Outside of that I can't really speak for any of the lads but I'm a big into meditation, yoga, general mindfulness and anything that's good for keeping the head in check basically.

That's a very tough question. If I told you that I'd basically be giving away all my secrets.

Again, I can't speak for the guys but I've been listening to a lot of new Irish albums lately. Fellow Dundalk band Elephant have just released their third album "Ice Cream". Kojaque's "Town's Dead" that was released earlier this year was on heavy rotation on my turntable as well.

TSWS: This track feels like a pretty big undertaking! Is there any advice you'd have for other up and coming bands out there?

Do it because you want to do it and do it because it's fun. Only write for yourself and nobody else. I made that mistake a couple of times before and I ended up resenting the songs I didn't write for me and basically ended up wasting time doing so.

TSWS: Are you all planning any live performances?

As mentioned above we're very eager to playing outside of Dundalk so yeah, hopefully something comes up soon. The only live show we have booked before the end of 2021 is in the Spirit Store in Dundalk supporting The Zen Arcade.

Thank you for giving us your time and letting us into your lives. We love you!