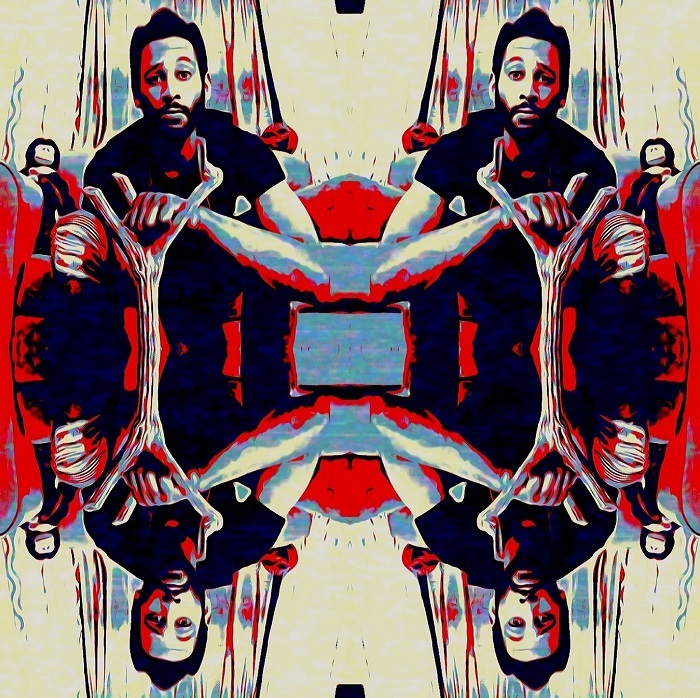 Johnny Tronix returns with a full length album that brings more of his electronic indie-pop style with an edgy vibe and guitar tones dripping from every track.

Tales Told Out Of Context is a colorful and in depth record that plays out with all kinds of experimental and trippy sounds and textures from beats to guitars to synths and keys to go along with his sotry telling lyrical format.

The songs are fun and quirky and each one has a completely different style of hook that gets you paying attention.

Tronix is know for his "Story Mode" form of songwriting that let's songs connect to each other and it lets the artist rant about in an almost haunting way at times as he lets it all out.

Tronix has a way of putting out these huge albums that all have layers to peel back and soak in.

The artist has gained almost 7,000 monthly followers on Spotify and it's growing all the time.

This is what happens when you have an artist that does things their own way.

We're no stranger to Johnny Tronix and his unique and staple sounds and with the release of this new album, we wanted to talk to him about how everything comes together and whether or not the albums connect to each other as well.

TSWS: Okay so the new album Tales Told Out Of Context is an outstanding blend of different styles! How did this one come about?

-Thanks for noticing, the style blend came about when I was first conceiving the album and picking the songs I'd add to it. I wanted to show the full array of the types of lyrical songs I do. After that the blend was easy.

TSWS: What kind of setup do you have for song creation?

-Everything I do comes out of my laptop and super computer friend Giles, using FL-Studio and a crazy amount of plug-ins.

TSWS: What's your song writing process? Do you come up with the words first, then production?

-I always start with the musical side first, I let the lyrics layer in after I have all the lead tracks solid. Typically, I already have an idea of what the song will be about before I start it though, or at least it's feel and vibe.

TSWS: Do all of your releases connect together somehow? They all feel like concept records.

-Yes, they actually do. It's kind of like my own musical storytellers universe. It's the MSU as apposed to the MCU. It's music and skits instead of comics and movies.

TSWS: How long did it take you to create this album?

-That's hard to say, because for me this was actually like a compilation album and most of the songs I had ready for a while before I strung them all together. Every song is also a part of a different part of the larger connecting story, if that makes sense.

TSWS: Will you be doing music videos for your releases soon?

-That is my plan as of now. That and new clips on a new YouTube channel.

TSWS: Are you playing and performing everything on your songs?

-Yep, it's all me and my super computer friend Giles with all his synthetic madness for me to play with.

TSWS: What was your first instrument?

-I started with guitar when I was 12, pretty much always been string guy. I played bass and mandolin and ukulele and wanted to learn the violin but got lost when it came to the bow.

-You are literally correct. I have my next album coming out June 8th and I plan on having a new release on the 8th of every month unless something drastically changes in my life. So, yeah, pretty much always at it.

TSWS: Do you plan on releasing another record this year?

-My bad with already answering that one. But yeah, I want the 8th of every month to a new release day. That way I can keep up with the MCU and all.

TSWS: What's the most important thing to keep in mind when listening to your music?

-That it's more than just music, it's a whole show you can get lost in, it's funny, it's melodic, it's moving and it's meant to let you vibe with it like it's a story made with sounds.