An Interview With Late Novemeber 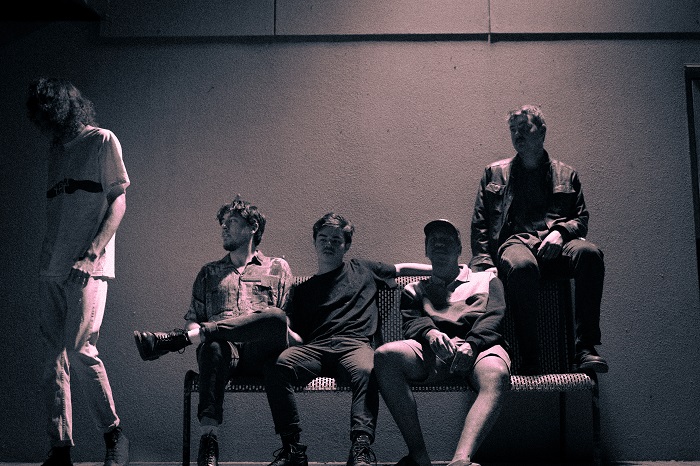 The new single from Late November crosses some genre boundaries in the best ways possible with a massive pop chorus surrounded by indie and alternative rock influenced soundscapes built with all kinds of colorful textures and tones.

"Birdbrain" is absolutely lush and full with sensationally performed guitars and vocals that follow suit with bright and wonderful palettes thick enough to mebed melodies in your psyche.

The track boasts a youthful and edge energy but stays light hearted and paints with a pastel lined tonality that shows not only love for their craft but a love for rock music in general.

The track has an undertone of a live performance and players feeding off of each other's energies to get a sound that really lets the sound and styles thrive.

There are certainly some classic rock approaches and hints of psychedelia peeking through and showing face but it only adds to the fun and sort of loose humor of the song itself as well.

This is one of those bands that everyone can really get into. The music is a bit engulfing and crawls under your skin in all the best ways possible.

"Birdbrain" has plenty of drive and there is always this edgier feel just beneath the surface and it's all tastefully done and makes you want more from this band.

Okay so one of the best parts about this song is the Saxophone which is present throughout the entire track pretty much.

It adds this perfect layer of awesomeness to the track that helps it build on the already infectious jam energy.

With such a vibrant powerhouse of a rock song, we wanted to have a chat with Late November to find out where this all came from and where it may be going.

TSWS: Okay so let's start things off with "Birdbrain". This track has such a great indie-rock feel with anthemic vocals and tons of energy! Where did this track come from?

Kodie had already thought of the title after taking a photo of an Ibis. We were mucking around with the chords that would quickly become the core rhythmic guitar part for Bird Brain. The lyrics were written in less than an hour after what must have been a pretty frustrating week us.

Around this time Hockey Dad were on heavy rotation for Kodie and inspired the percussive strumming style we used for Bird Brain. Hippo Campus have provided a lot of inspiration for our band in general, as well as the Midwest Emo scene and Aussie Alt Rock scene.

TSWS: I love the saxophone on this! Is the saxophonist a part of the band or just for this song?

Aden is a beast on the sax and is one of the founding members of Late Nov. We love him dearly.

Yes! We thrive on live performances and are endeavouring to take our live shows progressively further down the East Coast in the near future.

Sonically, other artistic projects often ignite the inspiration to explore different themes and styles in our music. Lyrically the songs come from a mix of real life interactions, as well as narrative exploration of human moments that we can empathise with.

Definitely. Also, make sure to check out the Bird Brain lyric video out now!

We are working on several tracks and films to bring out throught the bright and hopeful year of 2022.

We all have our individual paths in life outside of the band. These paths include dayjobs, travelling, studying, working on live-music production, barbering, photography, videography and beat-making/music producing.

Save your money and take your time with each and every endeavour you seek out to pursue. Ask around for advice as often as you can and be available for constructive criticism.

TSWS: Okay so you wake up in the middle of the night starving. Whats all of your go-to midnight snacks? (a question of character here)

Bread. Before we go, what would you like to say to fans of the music? The support means the world us, thank you for giving us a go!