An Interview With Meghan Pulles 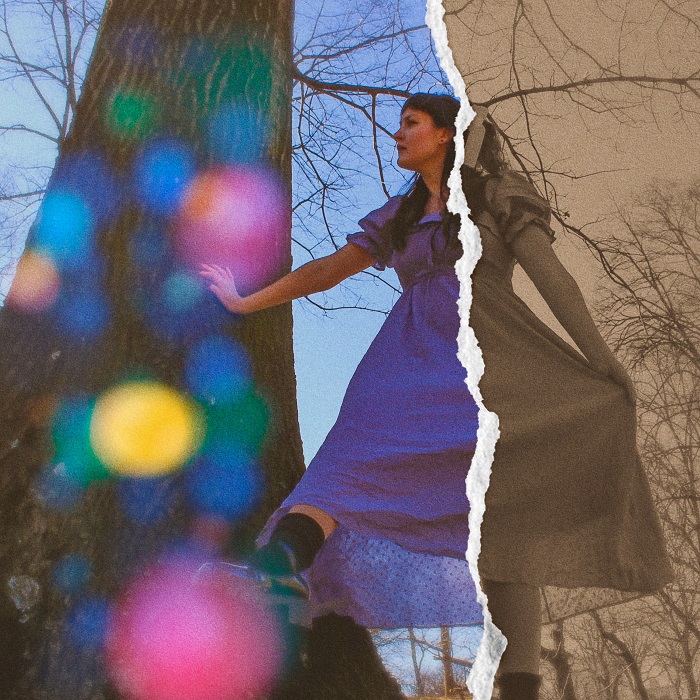 A new single from Meghan Pulles brings a vibrant and colorful indie-pop sound with swirling synth pads and acoustic feels that all come together with vocals that bare a very personal approach and style.

"Rabbit Hole" is a tasteful and growing single that, by the second verse, is in full swing with percussion, horns, and all kinds of textures that feel completely lush and full bodies.

The track gets cinematic and impactful as vocal harmonies fill the space and the song begins to create its own atmosphere all together.

A beautiful vocal presence brings a catchy chorus and the song blends a few genres together to make things pop and it really works quite well.

This release has a ton of character to it. There is a liveliness behind it that shines through and lets the artist be who she is and this gives a sense of freedom.

You can clearly tell she loves what she does and that also comes through with a strength in the music.

This is a wonderful showcase of a youth in songwriters doing things how they want and by this approach you get real music.

Music that still has tons of pop flowing through it but incorporates whatever sounds they want and it's refreshing to hear it honestly.

With such a killer new release, we wanted to have a sit down with Meghan to find out exactly where this came from and what may be next for the artist.

TSWS: Okay so let's start with "Rabbit Hole". This track has an indie-folk feel with pop undertones and a colorful vibe to it. Where did this track come from?

This actually was written via Facebook Messenger with my co-writer Teresa, she sent me a voice note over FB with the ukulele and the first verse/chorus, and I sent back her some additions and we just went back and forth. We never had a live writing session for this one, it just happened through the medium of the internet which is pretty magical.

It began honestly since my conception, I think I was born to be a musician in this world as I have a musical father with a musical family, I was raised around a lot of different types of music, and my dad used to play guitar and sing to me as a baby, he was definitely transferring that power over to me even when I was a baby. I wrote an anti-smoking rap when I was in elementary school and always sort of made songs up as a child. At 17, I attempted to write my first song on guitar to let off some steam about this situationship I was involved with, I recorded it and put it up on Myspace and that felt like the beginning for me. I went to college for opera, moved to NYC and realized that this was bigger than just playing in my bedroom, and the rest is history.

I am currently recording my debut album on healing through emotional abuse and trauma. That will be out in 2023. In April I have another release coming that I will keep as a surprise and then who knows what else, I always have some tricks up my sleeve ;)

Letting out emotions, it's a musical therapy for me when I write. There are feelings or situations I am processing, and writing a song is a poetic and creative way of letting that energy out into creation and finding the beauty in the darkness during various stages of my life, but also writing in celebration or anticipation of something. It's just like following a little voice down a path and seeing where it goes for me, sometimes it becomes a song, and sometimes it's just a moment I have but I feel healed once it has happened.

Depends what day it is, but I am probably working one of my three day jobs online, vintage shopping, hanging with my cats, going out with my friends, traveling or being out in nature.

I love my producer Harper James' new album under the pseudonym Middle Youth. The album is called Not Just Me, and it's full of certified bops.

Actually, yes I just came from playing at SXSW this past weekend. Playing my new songs live for people was such an incredible, amazing and healing feeling, especially after 2 years of this pandemic when I was just livestreaming in my bedroom. I love the energy of being with real humans in a musical space, it's unbelievable!

I have a Scarlett 2i2 interface which I bought with my first stimulus check so I could record in my bedroom during the pandemic.

TSWS: This track seems like a big undertaking. What kind of advice might you have for other up and coming artists out there?

All I have to say is keep going, keep writing the songs, keep showing up at the altar of music and don't let others take you down with their words of discouragement. In this career, there will be a lot of haters and people who might be jealous that you are so ambitious and that you can put yourself out there in a way that they can't, don't take that personally and stand in your truth as an artist. I also want to say please protect yourself, and don't believe everything anyone says. A lot of people are out to scam independent artists especially, we are more vulnerable to that, do all of your research, and background checks you can if you get approached by someone who will "make you famous" or "change your life". One more thing, self-confidence is a journey and it might be something you have to continually work on, and that is okay. We are all capable of getting there, just take those small steps to find that self-love within yourself.

I would like to say thank you soooo much for listening, for resonating, for telling me how important my music is to you, for showing up at my shows, for streaming my music, for telling other people about me, and for believing that I have a space within this music industry. I love my Magic Pull sooo much!