Nick Ryan Rocks Out With "Bow Down" 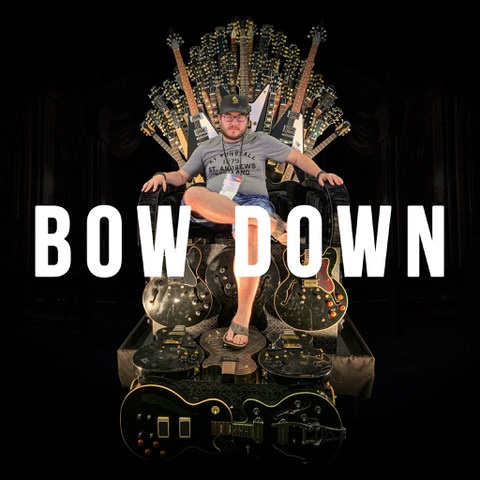 A fresh drop from Nick Ryan just gave us a bright and addicting acoustic folk pop song that touches on classic rock and has a great open feeling to it that is part of the indie-pop undertone that the artist boasts so well.

"Bow Down" is a badass track with a ton of character behind the vocals and a nice quirkiness that really is a part of Ryan's performance style.

The track has attitude as he belts out "Who the hell do you think you are, don;t you know that I'm a superstar?"

The song is ultra fun and acoustic, and electric guitars along with organs and the vocal style bring that classic rock style to the forefront and it's just a song that should be cranked.

"Bow Down" is a refreshing single that blends genres and even decades together in one colorful track and it's got that cool factor.

Nick Ryan is known for releasing music that changes and revolves genre wise as songs like "Murder Business" is a deep pop track with R&B undertones and a darker edge and others like his cover of "Crucify" sounds like a Modes Mouse song infused with 90's alt pop.

There's really never knowing what will be next with Nick Ryan and we think that's part of his immense appeal honestly.

He can write a damn good song and it all sounds like a radio single for the most part but in what genre exactly? WHo knows. There are surprises around the corner with the artist and it's quite fun.

His Spotify releases go back to 2017 and even those are really good and different from the rest.

Whether Nick Ryan is finding his sound, or he's found that his sound is eclectic as hell. Either way it all works for us.

Check out "Bow Down" from Nick Ryan.