An Interview With Ryan Thomas Smelle 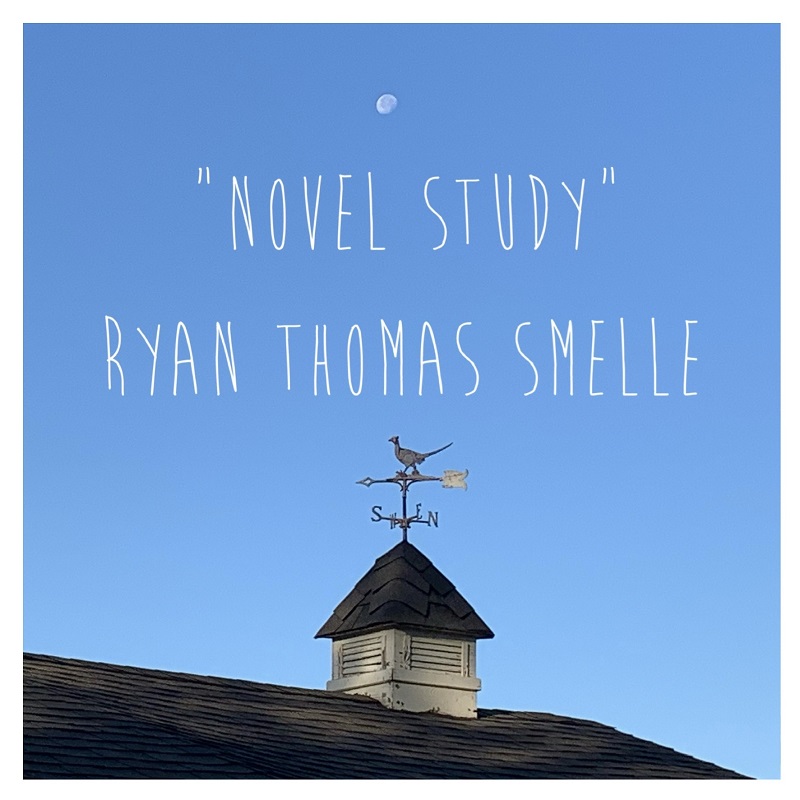 The latest release from Ryan Thomas Smelle is a warming folk song with an Americana undertone and a ton of heart and an indie sheen.

"Novel Study" can pull at your heart strings and has a cinematic tonality to it that can create images of your past to start appearing in your head at random times.

Beautiful vocal harmonies talk of the dreams we had when we were kids as acoustic guitars roll on with that snare drum and horns swell giving the song an atmosphere all its own.

The track has a particular energy that feels good to listen to and can put you at ease while pianos laden swing rhythms take you along for a ride you can relate to.

The song has those country touches as well that paint pictures with words and make you feel something you may have forgotten before and it's sweet sentiment is pure and straight forward.

Smelle took that feeling of being young; of being a child even, and bottled it up for this release.

A colorful and laid back but alluring song makes you think and makes you remember.

So this track really accomplishes what it set out to.

The single is part of a set released throughout last year and this year and with each one giving something a little different and a'' done with love, we wanted to have a chat with the artist to talk about where this all comes from.

TSWS: Okay so let's start with "Novel Study". This track gives me a warm feeling and reaches into a southern folk sound and crosses into an indie pop feel as well. Where did this song come from?

The hook for Novel Study came while noodling around and watching my kids play without a care in the world.  In that moment I knew the theme for the song was going to be about being young and care free.  So, I took my four favourite chapter books from when I was kid and wrote two lines about each book in the verses.  The dynamic harmonies, horns and piano in the chorus were added in studio and really gives the simplistic song a groovy punch of returning the listener to the innocence of being a kid again.

Story To Tell is a different story altogether.  It is a song about letting go of the people/things we have loved in this life.  This song was written in response to having to say goodbye to my four legged buddy and I released a rough version at that time.  With some compassionate encouragement I re-recorded and made this song an official release.  It is a bare bones song from the heart.

TSWS: I love the video! It went well with the theme of the song being young and free in a big world. Were those your kids? Have they seen the video?

While out for a family walk in the forest by our home, I started recording my kids playing around.  A beautiful unscripted interaction occurred midway through recording them.  It was a heart warming and genuine moment that I just had to use as the video for Novel Study.  My kids are my biggest fans and one of my main inspirations in the music I create, so they were thrilled to be in the video and love dancing around to it.

The video for Story To Tell was a personal one for me.  I took a number of items from loved ones gone, as well as childhood toys, to show how the things we once valued with such importance can slowly fade away throughout our life.  Again, the final moment of the video emphasizes the songs origin and personal narrative.

TSWS: I'm hearing a number of influences in the song. Who are your actual biggest musical influences?

That’s a great question.  I pull from a multitude of sources when I create and play music.  I would say that I have reinvented myself from years previous and am looking at a more raw, simplistic form of my music while keeping things catchy to the ear and evoking emotion.  My biggest influences currently would be Evan Dando, Elliot Smith, and Johnny Cash.

Music started for me late in my adolescence.  After being injured in sport in high school, I picked up a guitar to pass the time.  It just made sense to me.  I then had the standard run with a bunch of bands over the years that followed.  In my mid twenties I found some success and had some radio play with my pop rock originals.  This quickly lead me to the world of covers, where I stagnated for quite a few years and eventually took a break to be closer to home.  While I focused on family, some real life lessons happened that offered some new perspective.  I had not written anything in nearly 7 years but my heart had something to say.  About 3 years ago, I used those life lessons and tragedies as inspiration and started to write again.  This time was different.  My style was different.  My lyrics were more poignant and relatable. So this change feels like I’m starting all over when it comes to my music and this time around I feel I have a “Story To Tell”.

I finally built my own studio (Summer 2020) and made a goal to write/record a song per month and release all those tracks as a complete album on it’s one year anniversary.  I am on track to meeting this goal.  Long term, I’m going to keep writing music and telling my story through song.  I have many collaborations planned and look forward to playing with people again when the world allows us.

Family and work.  Family is my first and foremost focus and I love doing things together, no matter how trivial.  I am also a school teacher and am blessed daily with the opportunities of educating the youth of tomorrow.

I’m inspired but many things.  Every day random occurrences, a stand out sentence I hear someone say, my own emotional dealings with anxiety, and just life in general.  I feel my song writing has grown immensely from my care free younger days and I now pride myself on having something to say that people can relate to, whether it’s about love, life, loss or laughter.

Artists that I’ve been listening to a lot of lately are: The Lemonheads, Tom Petty, Johnny Cash, The Strumbellas, Elliot Smith, John Cougar Mellenchamp, Vampire Weekend, Foster The People, Gordon Lightfoot, Jack Johnson, The Lumineers, CCR and The Beatles.

TSWS: You wake up at 1am starving. What's your go to midnight snack? (This is a question of character of course)

Not a late night snack guy really, but I would never say no to pizza and chicken wings.

TSWS: Do you think you'll put any focus on performing live when the time comes?

Honestly, I sure hope there will be a forum and an audience to perform live original music soon.  I would be game for sure.  In the meantime, I do the cover thing at wineries and pubs and am pretty booked solid for outdoor gigs already this coming spring/summer/fall (2021).  So I always sneak in a couple of originals and get some love for my tunes.

Thanks to the people that listen.  Really listen.  I truly appreciate those people that have reached out and found personal connections with my music.  Music brings us together and the relationships I’ve made and lost because of music have shaped the person and musician I am today.  Support live music.  Support local businesses that give us the opportunity to perform the arts in your area.  And never forget:

"Life happens. Sometimes it's good. Sometimes it's bad. Really bad. My story is your story. Wearing your heart on your sleeve is not a bad thing. Love often and listen always." - Ryan Thomas Smelle