An Interview With Sparks In The Garden 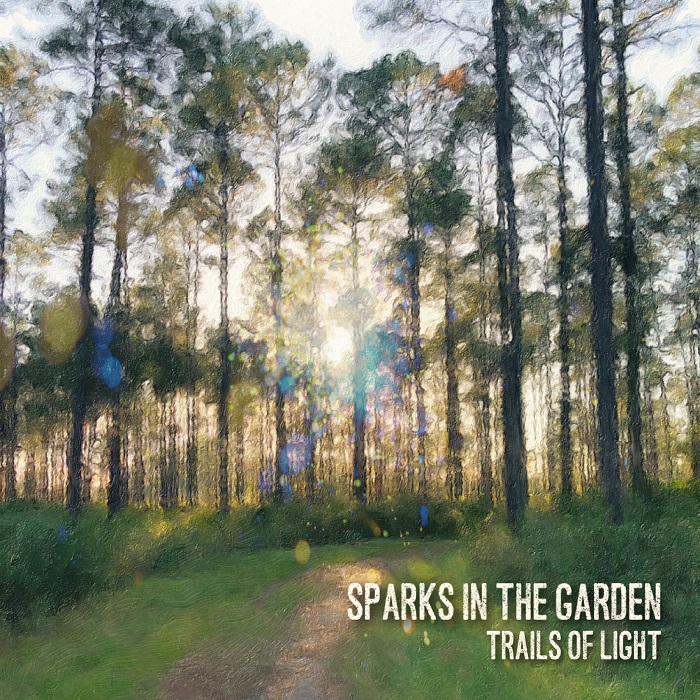 Sparks In The Garden just dropped a fresh EP that brings all kinds of southern rock flavor that touches on classic country and Americana and it all comes through with a warming and picturesque style that becomes quickly addicting.

The Trails Of Light EP is beautifully woven and the performances from every instrument is done with a certain passion that bleeds through every note and hits you just right.

This record has tons of heart and tells detailed stories built off emotion and things you wish you could say to almost everyone.

Sparks In The Garden pulls all of this off without a hitch.

The songs are lush with acoustic instruments from guitars to banjo and vocals are smooth and full with harmonies and soul.

This EP is quite a little musical journey and lyrically especially, it should be heard in its entirety.

There are certainly singles but the EP as a whole is the best way to go.

It almost feels like a concept album of sorts and each song can stand alone but they are meant to compliment one and other. Which they absolutely do.

Choruses are powerful and moving and tracks feel like an inspiration you didn't know you needed.

It's few and far between that you hear a full record that has this much gusto and honest energy that creates its own atmosphere like this one.

With such a wonderful release, we wanted to have a chat with Sparks In The Garden about how this record came about and what may be coming next for them.

TSWS: Okay so let's start with the Trails Of Light EP. This record has a lot of soul and an acoustic backbone. Where did this EP come from?

Yeah, acoustic guitar has pretty much always been our foundation. And I think it always will be. It is a very convenient instrument that fits into a diverse range of musical settings. These songs are representative of the kind of music we really want to maintain in the world. It's the kind of music that when played by just one guitar/one singer, it seems complete. But, it blossoms into a totally new experience when you add other instruments and musicians.

The Trails of Light EP was really motivated by the song Galaxies (Be My Guide). Around July 2019, I finished writing the song and it felt more like an accomplishment than other songs I'd written, so I started to think about recording it. In February 2020, I found myself with some extra cash on hand so I decided to go ahead and make the recording now instead of waiting for a "better time." Of course, after Galaxies was recorded, we realized we had to move forward and record more songs.

TSWS: I'm hearing a few different styles on this EP. Who are some of your biggest musical influences?

Oh wow, there are SO many! And you kind of end up with different periods of your life fixated around a short list of artists. Some of the major influences on our musical development are James Taylor, Seal, Sara Bareilles, Keith Urban, Darius Rucker, needtobreathe, Sting, David Wilcox, John Mayer, Chris Stapleton, Toad the Wet Sprocket...just to name a few.

It really started when we were kids. Our parents met in a rock band where our mom was the singer and our dad was on guitar. So growing up we were heavily influenced that rock music was something you need, not just something that other people do for entertainment. When we were kids, every Saturday we would clean the house and do our chores and mom would blast Journey on the old record player--you know like back when the turntable had a whole cabinet built around it and it was a big piece of furniture. And we grew up watching MTV on cable. Mom always made us sing in church. And eventually we started learning to play instruments (in 1989), and started playing in garage bands and jam bands, and church. And then writing our own songs sort of naturally grew out of the creative impulses that come from immersing yourself in music, and being around other musicians and songwriters.

We have nearly completed the studio work for another EP and will be releasing a new single early in 2022. I guess the next step is trying to bring our music out to a bigger audience and share it with as many people as possible. We're also early in the process of putting together a new band to reshape our live performances.

For the first two EPs--what is now 11 songs, we've been working with Lu Rubino at The Fish Tank Recordings to produce our stuff. He's extremely talented and versatile, and really understands our values and goals. His musical background is quite diverse--just like ours--and he helps us envision ways to expand the simplified singer/songwriter--acoustic guitar foundation of the songs. Lu has a highly respectable list of his own accomplishments, having been the front man for a pretty successful group called StorySide:B. He also had a run playing bass with A Flock of Seagulls, and--as a bassist--also worked with Paramore during their All We Know Is Falling project. Even if we had gone to work with a different studio, I would have tried to hire Lu to play bass on our recordings!

TSWS: How do you write your songs? Do you write them together? Is it lyrics first? How does it work for you?

Well, Galaxies (Be My Guide) was actually born from a songwriting session. While we were sharing ideas, the first line of the song just popped up out of nowhere. And then about 2 years later, I had developed it into the song that we recorded. We have done some intentional songwriting sessions like that, and shared ideas or tried to make suggestions toward songs-in-progress. But, other than that one detail which was somewhat collaborative, we have really just been bringing in songs that we wrote individually. And in the recording process, the lead vocal is the person who wrote the song. It would definitely be fun and interesting to break out of that pattern and expand the creative energy. But so far, it's actually very individual. And as far as I'm aware, all of our songs started with some tiny burst--just an idea--and then you have to do the difficult work of building the idea into a complete song. I would love to try other methods, but so far that's the way we've been doing it.

Well, we have families and jobs and those kinds of normal responsibilities. So we're kind of doing those things most of the time and just fighting for our brief opportunities to work on music.

We're up for it if the opportunity arises and it would be a fun experience. But up until now, we've never discussed a music video.

Absolutely! For a long time, we didn't have any recordings to promote and so we only did live performances. And then we kind of ended up in a pattern where we only played for private bookings. But now that we're trying to grow an audience and put serious work into Sparks In The Garden, we're seeking out and taking more opportunities to perform publicly. We're planning a show on December 16 to close out our year, and it's going to be a lot of fun!

In terms of the initial motivation and desire to create an original song, I think the only inspiration you need is other people's songs. A great song is a special thing. And when you hear it, you feel some kind of reaction to it. So listening to great music eventually motivated us to try and see if we could also write compelling songs. But in terms of the inspiration for our song ideas, it's really just life. The experiences you have that shape your perspective and last in your memories are the same images and conversations that influence the song ideas.

For the past couple years, I played drums for a wedding band, so I've primarily listened to dance pop hits ranging from the 60s to present day. I've enjoyed quite a bit of Dua Lipa, Bruno Mars, and Billie Eilish in the past couple of years, as well as Michael Jackson, Stevie Wonder, and Prince. But I think it's unlikely you'll see those influences show up in our music. For my own listening enjoyment, I've most recently purchased greatest hits records of Huey Lewis and the News, and Michael McDonald. But I'm always open to suggestions! Who should I check out?

TSWS: You wake up in the middle of the night starving. What's all of your go-to midnight snacks? (a question of character here)

Wow. I tend to stay up too late and just eat all the time. So I probably won't be waking up hungry. But I snack on junk food for sure. Dark chocolate covered pretzels have been the go-to lately. And for some reason, after many years of not eating anything from a mainstream brand name, I've recently been addicted to Doritos.

TSWS: This EP feels like a big undertaking. Is there any advice you have for other up and coming bands out there?

Just keep going. If you feel the music in you, like you know that connection is part of you, then always cherish it and protect it for your own emotional health. Write songs. Practice your instrument. Play with other musicians. Make the music YOU want to make and don't apologize.

We'd like to say thank you so much for listening! We hope you find enjoyment in the music and we hope to keep making more music for you! We genuinely hope you're doing well and want you to feel encouraged! If you feel a connection to one of our songs, reach out on social media and let us know.

Sparks In The Garden Spotify

Sparks In The Garden IG

Sparks In The Garden FB