An Interview With Stuart Pearson 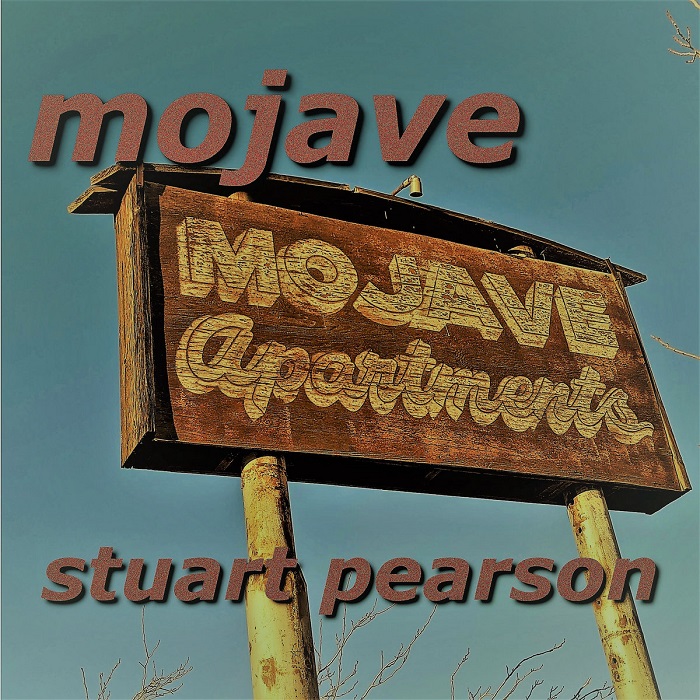 A killer new full album release from Stuart Pearson gives a deepening and gritty form of story telling that brings in an array of outstanding instrumentation and cinematic tonality that comes through impactful and slightly eerie.

The Mojave album is a gorgeous set of textures and is built with such a swagger and character that it pulls you right in and crawls under your skin in the best ways possible.

The record beckons the likes of Tom Waits and Nick Cave as songs are performed with a deep and haunting vocal and plenty of stomping, clapping, 12 string guitars and this undertone of an old western film.

There is experimental sounds all over this record and its all the more addicting for it.

Songs engulf you and surprise you at every turn.

This album can really take you away to a different place all together and it's been quite some time since you've experience something that's really this immersive.

Most of the tracks have a great catchiness and they sound like a great time.

You can actually hear the love for the craft these guys have  because it oozes out everywhere on every song in every note.

This was graceful in its own way.

It's very easy to get swept up in the atmosphere of this release and it's also fun to let it happen.

With the release of such an in-depth album, we wanted to have a sit down with Pearson to find out where this all came from and what may be next.

TSWS: Okay so let's start with the Mojave album. The album has such a great alternative edginess to it that made it quite addictive ! Where did this record come from?

Glad you like it! “Mojave” is the second in a series of Dark Americana/Gothic Western albums (we’re working on a third volume now). Hunter and I spend a good deal of time in the desert (this week we're in the deserts of Nevada outside Las Vegas shooting new footage for more videos). "Mojave" is an attempt to understand the shards of civilization that still exist out there in the Southern California deserts. There are tiny towns, no more populated than a neighborhood and they're in decay. And you can't help but wonder what those people do. How they spend their lives. There are places like Pearsonville (no relation) - an old tiny town that used to have a raceway and town of around a few thousand people. Now it's population stands at around 11. All that's left is a 20 foot high fiberglass lady that advertised tires, there's a gas station, a very creepy junkyard behind barbed wire, several dozen old destroyed cars and oddly enough, a clean, lovingly placed astrofurf playground with swings, and a cage. Why? Who knows? Not a person in sight. Then there is East Jesus and West Satan - two art colonies where artists, drifters and "intentionally unknowns" live with no running water, no electricity, no police force, completely off the grid. Everybody has a gun. It's a dangerous place. But there is something that pulls people in. Then there's Bombay Beach - an old resort town next to the Salton Sea that sits in ruins as the sea poisons birds and fish with sulphur. Some people still live there, while most houses are abandoned. There is a threatening, "in the moment" feeling to the area. It's very alive, almost against its will - that's what I'm trying to capture in "Mojave".

It's a pretty big range. Everything from Cab Calloway to Leonard Cohen to Neil Diamond, to Bowie to the Kinks, to Johnny Cash to old Disney 45's to doo wop records to Nick Cave to Stephen Foster to Tom Waits to old tv show themes to David Lynch. I miss music that was played through mediocre sound systems. Actual vinyl getting scratched by a needle, then being transmitted though aging wires to an over-the-air AM radio that then shoots it into a boomy speaker in the back window of a grandpa's 1968 suburban four-door auto the size of a tyrannosaur. All that degrading of the original sound created such a beautiful stage - it lent so much theater and mystery to what you were listening to. You couldn't quite hear the quietest sounds because of the scratches, mechanical noise, atmospheric interruptions, your grandpa yelling at you, almost like the music DIDN'T want you to be in on the secret. The clarity of digital sound can be exciting, but you lose all that distance. There's nothing to pursue. Old Motown records just don't sound as monumental now that they're digitized. The phantoms are gone.

My father would play a little piano when friends came over and that floored me. Also, I was sick as a kid and plunking out notes on his piano would help me concentrate. When I discovered you could hold down different notes that LIKED each other, I was hooked. My brother had a local band and he played guitar and that was the most exciting thing too. I wrote hundreds and hundreds of the worst songs mankind had ever had to endure. Seriously the canker sores of bad songwriting. It's only due to the patience and love of my mother that she didn't smother me with a pillow. As far as the dark americana / western goth stuff, I have always had a fascination with death and that portal we all cross through. I drowned when I was 15 - the whole heart stopping, leaving-the-body thing. I was gone for several minutes. Ever since then I have wanted to investigate that thin membrane that separates us from grandma and Elvis. Dark Americana tickles that chin with long, sharp fingernails.

I look for ideas that people haven't touched before in a song, if possible. That's hard! People are pretty twisted. So I pretend I'm watching a movie and see what kind of song comes out as its soundtrack. Some songs just show up and weakly knock at the door, like a girl scout selling cookies. Then some songs knock hard on the door like the mom of that girl scout demanding to get paid for those cookies. Then some are like the dad who is waiting in the car, honking the horn, wishing Gladys and the kid would just get back in the damn car and get this whole damn thing over with.

That's hard to say. I have what I call "radio brain" - there is always something playing in my head like a soundtrack - it doesn't stop. I only get 5-6 hours of sleep each night - it wakes me up and is RIGHT THERE when I do get up. Non stop. I don't really mind it though. Some songs come out from that. Outside of music, I research ancient civilizations a lot, especially Egyptian history. And read what I can find on early 20th century European art. I'm very geeky that way.

When we're deep in the desert like we are right now, I like to find whatever radio signal we can and listen to whatever comes in. Sometimes it's country radio, sometimes religious programming, sometimes something in Spanish. It's like the soundtrack of the desert - it adds to the brown dust around us. I don't preach to any particular religion - that's up to the person who is looking for something that fills those holes. If the signal is bad and things come in fuzzy and garbled, even better. It's the sonic staging that I like.

Yes.  I have been adapting the two Dark Americana albums for solo performance with some oddities thrown in. Eventually I'll add in more musicians, once the budget allows.  Eventually, hopefully toward the end of this year, we'll be visiting some European cities that have been supportive so far. Since I don't make standard dance music, I have to think in terms of what will translate to the general public's lizard brain.  Dark Americana / Western Goth is a very "visual" genre with all the horses, gallows and swagger, so I try to think in terms of how David Lynch would direct a cowboy saloon brawl in the middle of a Bollywood film. Do you have a home studio where you track your stuff?  Yes. I track everything myself so far, except for female vocals. My studio is called "The Hut". It has reed fencing from top to bottom, a couple of 7 foot palm trees, sound baffles and a bunch of equipment. It's a man cave, definitely, but I spend most of my waking hours in there, so it's my island away from home. At home.

Become completely obsessed with it until you can't eat or sleep unless you listen to "Mojave" three times in a row. Make sure your friends become as obsessed with it as you are. Mention it to everyone you meet at the grocery store, post office, doctor's office, everywhere. When people tell you to turn it off, TURN IT UP. And please drink and drive responsibly.