An Interview With The Flashpot Moments 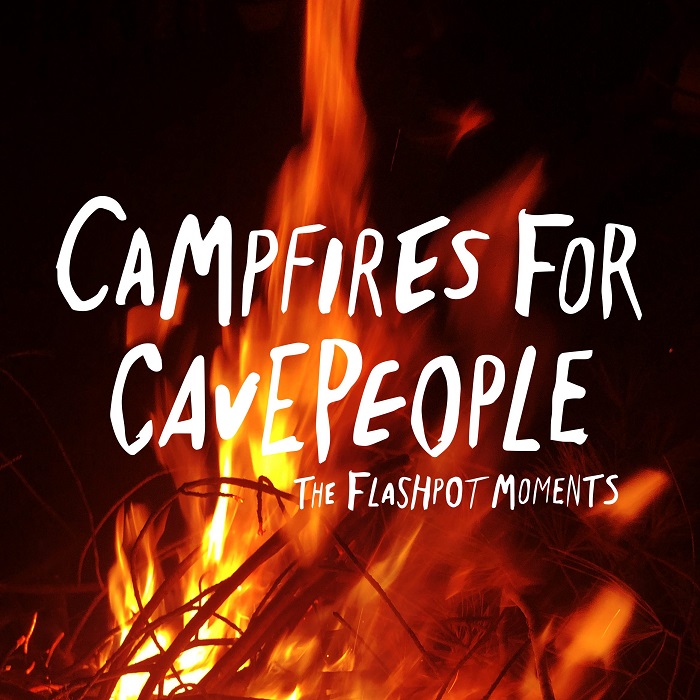 The Flashpot Moments just released a new EP that brings an incredibly colorful style of indie-rock that brings to mind bands like Elvis Costello and dips it in alternative edge and tops it off with a cinematic undertone.

The Campfires For Cavepeople EP is bright, and alive with vocal hooks performed with passion and heart, guitars that fill the atmosphere and an inspirational tonality that incorporates an orchestral soundscape.

This record has a huge combination of rock songwriting styles from different decades with beats that sound 1950's, classic rock fuzztones and organs from the 70's, and even touches of 80's rock peek through here and there.

The EP is full and lush with pop melodies and anthemic, fists in the air drive and gusto that you want to crank and sing along to at the top of your lungs.

It is quite refreshing to hear such a fiery indie-rock release with such a wondrous set of influences that show face.

With such a powerful release, we wanted to have a talk with The Flashpot Moments to find out where it all comes from and what's next.

TSWS: Okay so let's start with the Campfires for Cavepeople EP. This record has an indie-rock vibe

with folk-rock undertones and even some pop punk peeking through at times. Where did this

When it comes to production, I’ve always been a wall-of-sound, “more is more”

guy. But over this last winter in the Northeast, with most places shut down for Covid, my lone

social outlet was outdoor fires with friends. And I thought: I want to write an album that I could

play with just my voice and an acoustic guitar. The was the genesis. All these songs are

legitimately strummable in their simplest forms.

Lewis, Queen, Kiss and the DIY approach of Lil Peep. AND ON THIS PROJECT: I was really

tapping into my 70’s singer-songwriter fandom: Jackson Browne, Elton John, Springsteen. And I

and harmonies. I got a bit obsessed with the song “To Love Somebody.”

Garage bands on the Jersey Shore and in college. I was a

drummer/singer. Then I moved to Minneapolis one winter, knowing nobody. I learned to play

guitar hunkered down in my apartment and started writing simple songs I could play,

To actually play together AS A BAND, post vaccines.

I run a small production agency in

Boston. Our newest documentary currently has 100% on Rotten Tomatoes!

Fallen in love with The Amazons recently. Just discovered

Creeper and Dinosaur Pile-Up. Literally, right now, as I type this: Aimee Mann “Make a Killing.”

You guys have been dropping songs on Spotify since 2017!

TSWS: Any advice you'd give to other up

and coming bands out there?

When inspiration hits, don’t overthink it: Write, record, ride the

wave of positivity. Then, finish what you start! The journey is the destination. I love the

revelatory process of sitting down thinking you’re going to make one kind of song, and the song

itself has other plans. “Alison/Allison” started as a droning organ dirge and ended up totally

happy-go-lucky. Love that process of discovery.

TSWS: Now that things are getting better slowly but surely, will you be putting any focus on live

Absolutely! We usually play one big show per summer and invite all our friends.

There will absolutely be a post-Covid patio bar happy hour show in Boston this summer!

TSWS: Okay so you each wake up in the middle of the night starving. What's your go-to midnight

Fistful of cheddar/pretzel Combos. No brainer.

TSWS: How do you write your songs? Is it piano or guitar chords first? Lyrics?

I pick a topic. Write a

huge block on free-association lyrics. Some rhyming, some not. No structure yet. Then, I grab

my electric guitar and a mic, plug into Garageband on my laptop, and just write “hooks” from

the random lyrics. All in the same key, more or less, so they’ll fit together later. I write 8-10

melodic parts. Then I sleep on it. In the morning, I listen to what I made. Take the best 3 hooks

and shift them around into a verse/chorus/bridge structure. That’s the foundation. Then I

experiment with tempo and key. Switch genres. Usually need about a week or two before it

starts to make sense. Maybe 4-5 revisions once the structure’s in place. That’s the rough outline

I’ll take into the studio and from there, we make it pretty and give it a vibe.

Because of the shutdowns and

distancing, making this record was an unusually isolated process – really just me, my producer

and mixer, with a few ringer studio folks. And I haven’t played it for an audience. If you listen,

send me an email or DM to let me know what you think!