The Satchel Kid Returns With A Warming Set Of Folk Songs 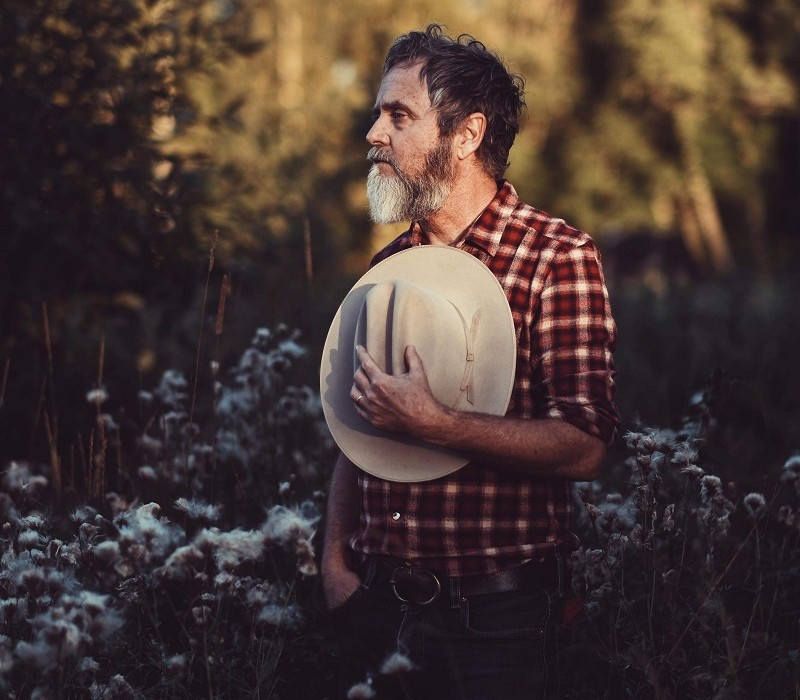 The Satchel Kid returns with a double single and it's a descriptive and warming acoustic track that gives the feel of Elliot Smith and the one on one personal approach that is a staple sound for The Satchel Kid.

The A-side is called "Sister Cigarettes" and it's an ultra addicting and refreshing song that paints a picture in your head and is a near perfect folk song.

Guitar lines overlay and percussion sneak in and add to the touching feel of the track as you become attached.

The B-side is called "From A Book Of Dreams Pt.1" and it sticks to that colorful depiction of situations with words so well that you can taste it all.

These songs go back to a roots folk style without losing its indie edge and undertone.

A gorgeous set of songs that flow together and feel like walking down a dirt road as the wind softly blows and the sun warms your face.

They sound natural and real.

With such a living, breathing release, we wanted to have a chat with The Satchel Kid to find out where this all comes from.

Here is what happend.

TSWS: Let's start with "Sister Cigarettes" & "From A Book Of Dreams Pt.1". These are beautifully written folk songs that hit home really well. Where did these come from?

”Sister Cigarettes” is newly written from the album sessions I am recording with my friend and incredible guitar player Alex Drufva. ”From A Book...” was written about ten years ago and might be the 1st song I wrote that I felt was worthy for an audience. Sara McGowan sings backup on ”From A Book...” She was the one to tell me ten years ago that it was a good song.

TSWS: I'm hearing some great styles of singer songwriter on these songs. Who are your biggest musical influences?

Good music comes from people who were big fans of artists/bands making the music they love. I’ve been daydreaming about doing this from the minute I saw the Beatles on TV sometime around 1979.

TSWS: How do you write your songs? Is it lyrics first or guitar chords? How does it work for you?

Lyrics are the most important piece but It almost always starts with a guitar melody of my own or something wonderful Alex Drufva has cooked up. I’ll then have a look in my bottomless box of song/poetry writings that don’t have a home and use those together with some new lyrical idea and assemble a new song.

I work in home health care here in Sweden where I am married to my drummer for life Sara McGowan we have four children together.

New album titled ”When It Stops Hurting” coming this summer or fall!

Definitely. A few promoters here in Sweden  and Norway have me at the ”top” of their lists to book when it’s safe again.

Without you there would be no music.