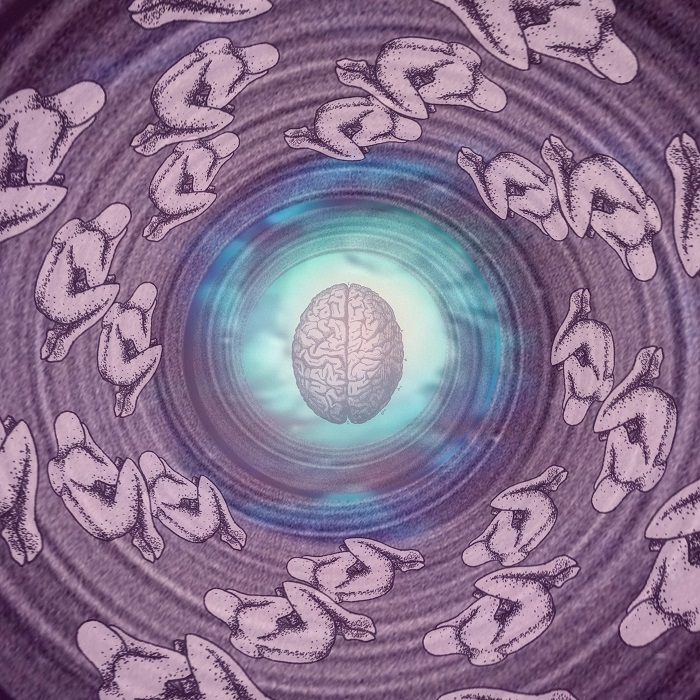 As Thistle Sifter ramps up for a full album release, the band drops a second single that brings a determined and haunting spaciness that creeps up and pulls you up from the ground and lifts you into the air.

"The Great Conjunction" has a high spirited feel to it as it begins with a darkness or a mysterious tone, it grows into a overcoming and powerful notion and explodes into and vast and massive orchestrated progression and it's enough to make the hairs on your arms stand up.

The song is, in true Thistle Sifter spirit, an ethereal and charged song that swells and like waves in an ocean.

This release breeds such intense and impactful instrumental inspiration that it hits like a good classical piece does.

It builds and takes you to different places with a vivid and poignant imaginary course that leaves you drooling for more.

Like watching a film and absolutely having to see it through to the end just to know what happens.

And it all feels like it's happening to you which is even cooler.

These guys already impressed the hell out of us with their last single release but "The Great Conjunction" takes the cake.

It's an uproarious display of cinescape score that keeps you guessing and keeps you painting in your own head.

It actually drives creativity and to have a track that is heavy enough to draw creativity just from listening to it is empowering in itself.

The song is progressive and ever changing with emotionally touching and invigorating sections that feel like you're afloat on a lake, staring at the stars in the night sky.

The erriness is there but the calmness, and climax are too.

It's outstanding as far as musical pieces go in general and we can't wait for the full length to drop.