An Interview With Undercover Martians 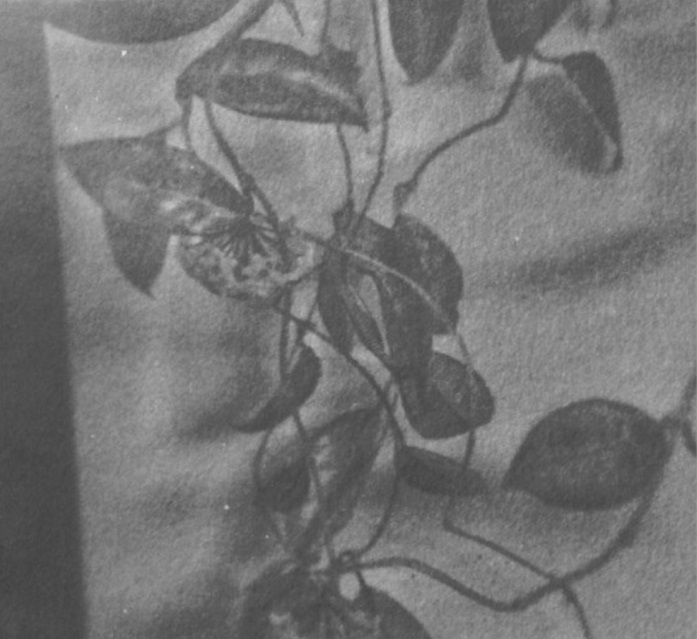 A brand new single from Undercover Martians blasts through with a melodically driven garage rock tonality that invades yoru brain and sticks with you for hours on end.

"Window Shopping" is like a cross between The Strokes and Saves The Day as the guitars keep a true fuzztone and vocals are passionate and put out a youthful energy and heart.

You quickly become addicted to the hook of the track and find yourself singing along in now time flat.

The song has a colorful backbone and creates it's own vibe and atmosphere as it thrives on to blend guitar sounds and layers that during it all, even when there are no vocals, you can still hear that hook in your head playing over it.

This had a loose but fun almost punk undertone that gave it a bit of its own swagger and the song ends incredibly lush and full.

The band themselves have a sort of live perofrmance feel and everything comes together without a hitch.

This was a great track taht hinted toward a touch of gloom giving the feel that it came from someplace maybe a little darker than it sounds.

It's that vocal melody. There's something about it that helps drive the song and take to places that you don;t really expect. But by the end of the track you want more of it.  So maybe, you start it again.

This song is even better the second time around. Especially if you're one of those people that love to listen again to catch some lyrics you might have missed the first time.

With such a great single, we wanted to have a sit down with the band to find out where this song actually came from and what it means.

TSWS: Okay so let's start things off with "Window Shopping". This track has a killer indie-rock feel with a fuzz undertone to it. Where did this track come from?

Killian- So I wrote the song and then we put it together back in late 2019, and since then it’s become one of our favourites to play live, and the closing song in our set. Window Shopping is all about how people have different exteriors, when inside they might want more fulfillment than they let on. It’s our way of looking at the superficiality of peoples personalities, and that how someone behaves on the outside or out in public might be very different to how they really are.

TSWS: I'm certainly hearing some different rock influences on this one. Who are some of your biggest musical influences?

Dáithí- For me I grew up listening to a lot of Green Day as a kid, and was always really interested and driven by classic rock  guitar music. Arctic Monkeys are another big one, their lyrics and melodies are fantastic. But recently since coming to college I’ve definitely begun enjoying some mellower indie rock as well, artists like Wallows and Sam Fender are probably my biggest inspirations at the moment.

Killian- I could name loads, but my inspirations are probably the likes of Interpol and Frightened Rabbit. Some of the modern post punk scene too, like Fontaine’s D. C and Idles are big up there.

Michael-I would say my drumming has been largely influenced by bands such as Bloc Party, Interpol and Paramore. I quite enjoy Matt Tong of Bloc Party and Zac Farros of Paramore’s chaotic yet controlled style and I really enjoy how Interpol's Sam Fogarino is able to lock in so well with the bassist.

Oisin- I'd say that one of the main strengths of the band is the different influences that each of us brings to the table. A lot of our music is influenced by early 2000s late 90s indie rock such as the strokes, arctic monkeys, modest mouse and interpol to name a few. We also have influences from bands like Green Day, MCR and some newer bands such as Wallows and Car Seat Headrest.

TSWS: This track has a killer energy! How was it recorded? It feels almost like a live performance!

All: We actually recorded this one outside of a studio entirely! It was done with our first producer, Anthony Wall, in a sitting room in the house of one of our mates from back home. We emptied out the sitting room and Anthony basically created his own studio inside with all his equipment. After that we recorded one at a time, and the outcome is definitely a track that has a live and raw quality to it, which suits most of our early tracks.

TSWS: Do you guys play live?

All: Yeah! Playing gigs is definitely the most fun part of being in a band, and most of our rehearsals are centred around improving our live performances. We started off playing in local venues in Bundoran where we’re from, like the Chasin’ Bull and the Phoenix tavern. After starting college we gradually got a bit more leeway in Galway, playing the Roisín Dubh and Arás na Gael and Killian got us a few shows in Sin É’s in Dublin. Obviously the pandemic had a big impact, as we couldn’t play for a year and a half or so, but since September we’ve gotten back into the swing of things, and just played the Roisín again in November there which was class.

Dáithí- What inspires us the most is just the whole idea of growing up, moving from your teenage to your adult years, and I think it’s a theme that’s consistent among a lot of our songs. When I was younger I fancied trying to write politically, and then the older I’ve gotten I realised I actually know very little about that stuff, and decided to focus more on the experiences I have had. So relationships, friendships, falling in and out with people and all the ups and downs of growing up are definitely a lot more prevalent in our lyrics nowadays.

All: Hopefully! We’ll definitely need one to promote the lead single from the EP. It’s something we haven’t tried before so it would be a cool experience.

All: At the moment we’re in the middle of recording our debut EP, which we hope will come out in spring 2022. We had a whole different plan for the EP last year which sort of came apart between all the lockdowns, and we wrote a lot of new material in that time that we enjoy playing more now. I think this EP will be more consistent and have a better flow to it than the original idea we had, both sonically and thematically.

TSWS: Do you all write the songs together?

All: Usually what happens is that one of us will come up with a riff or a melody in our own spare time, and then bring it to the band during rehearsal to hash it out and try and finish the song. It really depends though- for Window Shopping it was Killian who wrote the guitar and lyrics, and when he brought it to the band it was already fairly structured and ready to go. But for our last single Wandering Eye it was a more collaborative effort, something we all just sort of bashed out in the shed which is a fun way of working too.

Michael- Outside of the band I study Maths in college and enjoy surfing back home in Bundoran. I love getting out in the water to just relax and catch some waves!

Oisín- Outside of the band you can find me in many different places such as the pub, the other pub or even the other other pub.

TSWS: You have been releasing music on Spotify since 2019. What kind of advice would you have for other up and coming bands out there?

All: Probably just write as much as possible and try and do your own thing. We started out as a covers band and while doing covers was fun, we definitely weren’t as good as a lot of the local cover bands. Once we started writing our own stuff it gave us something unique to us that we could call our own, and people in places like Galway and Dublin are really open minded when it comes to hearing original material. So don’t be afraid to try your own thing.

All: Just a big thank you to anyone whose ever listened to the songs or come to a gig, no matter where this goes it’s amazing to us that people actually listen and seem to enjoy the stuff we put out!