The Feel Good Pop Of WKNDR 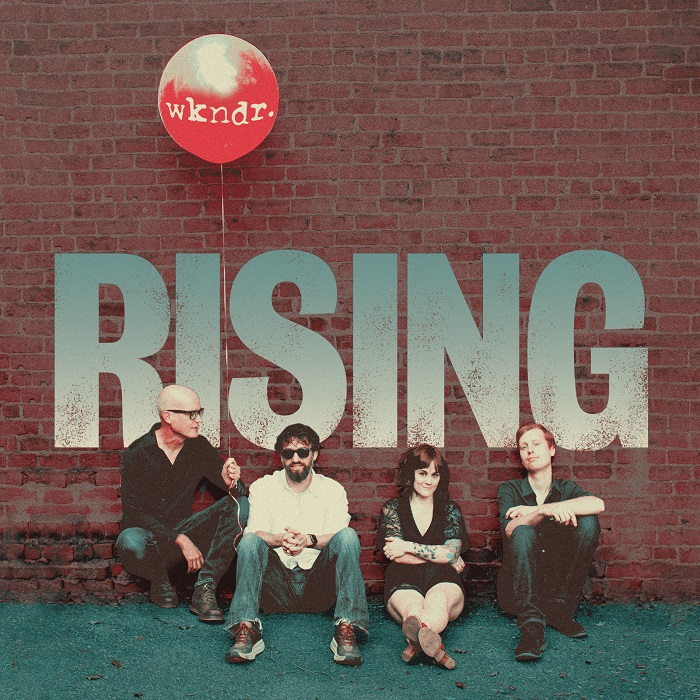 "Rising" is a love song that feels great to listen to as the rhythms bop and rock along with a wonderful flute that overlays everything adding a smooth texture and even more liveliness to the track.

Theis single has a ton of heart and sounds like a summer song with a danceable tonality and it's all endless fun.

Vocals are vibrant and the whole band seems to feed off of each other's energies very well as the song gives an uplifting vibe.

"Rising" has an incredibly catchy and infectious feel to it that makes you want to send it to everyone you know just to make sure they have a better day.

It's quite a beautiful combination of sounds that formulate this pop song.

WKNDR have been releasing music on Spotify since 2017 and it's all a bit unique but familiar and comfortable to hear.

They have this energy that packs a bit of a punch and allows them to have a clean sound that rocks with a little edge.

The band dropped a string of singles in 2018 that all have a little something different to bring to the table and from then to now you can hear the evolution in the sound they give out while keeping their staples.

This band has a knack for writing songs that have a youthful tone alongside a great mature songwriting style and most tracks have a radio friendliness aspect to them.

"Rising" is kind of special because of the flute that sits atop the song blending in with ease and making you think "hey, that's a cool idea, I haven't really heard much like this before"

Check out "Rising" and really go back into their library of releases previously as it's all worth it.

We think there should be more bands like WKNDR out there spreading the sort of vibes they do right now.