An Interview With Wyse 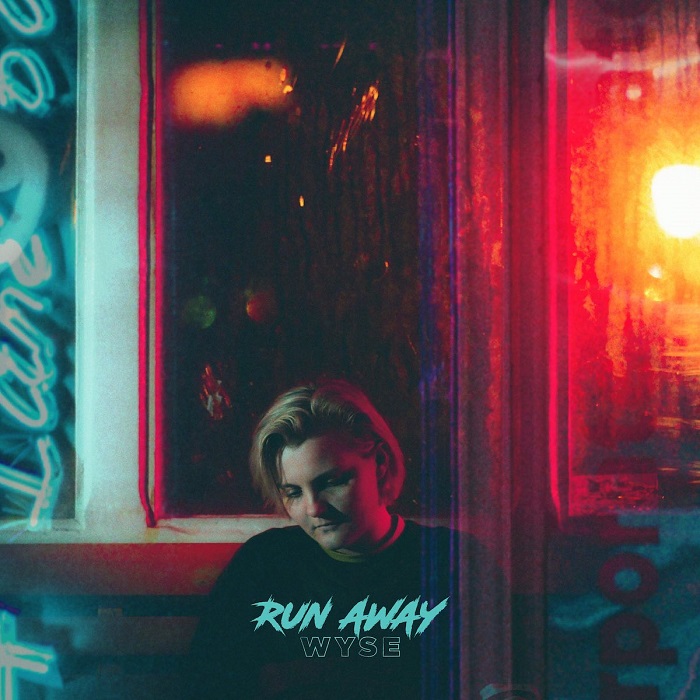 Wyse just dropped a new banger today and it's got a crazy fun soft centered edginess to it that features both a fuzzy tonality and an ambient and cinematic counter that all just swirls into each other seamlessly.

"Run Away" is a killer track and it's got this great liveliness to it that makes you want to head bang, sing along, and dance all at the same time.

There's also a great honesty in the song lyrically that seems like it came from someplace pretty real.

The changes are completely awesome and there is a clear and present heaviness to it that hits pretty hard and breaks off into softer sections before it's brought back again in a semi-psychedelic neo-art pop fashion.

It's almost theatrical at times even but still really has such a massive set of colored sounds that compliment each other so smoothly it's almost addictive in a way.

It's got its harder moments when drums smash, vocals get intense but stay graceful in their approach, and the music becomes extra, but it breaths and swells up and down like an emotional rollercoaster of sorts.

This was something a little different. It pushed the envelope just but it was totally needed, but it also has a welcoming understanding to it.

With the release of "Run Away", we had to grab Wyse for a chat to see where this track actually came from.

TSWS: Okay so let's start with "Run Away". The single has a super cool ambient undertone with a hard hitting alternative pop style to it. Where did this song come from?

Thank you! I wrote it when I was struggling with that horrible feeling of being rejected by somebody you’re dating – you know when you just wish you could be cool and nonchalant with it and not feel upset. Run Away was my battle with running away from my insecurities and also trying to let them out.

TSWS: I'm hearing a few different styles on this one. Who are some of your biggest musical influences?

I would say it’s inspired by a mixture of Awolnation, Anna Calvi, Radiohead, and also the bands I used to love when I was a kid like Green Day. That’s where the more progressive nature of messing around with conventional song structures comes from! Also, I love 80s and 90s pop music….

A few years ago, I gave up trying to figure out how I could “fit in” musically, and just started making whatever comes out – this song, and others that follow it soon, are me refining that sound and my skills as a songwriter, musician and producer.

I have a lot more music coming out this summer – singles, an EP… then it’s back to the studio for the next one! I am finding that my music is becoming more and more honest, and vulnerable. So I would say that will be the future of my music.

Good question ;) making social media content a lot of the time. But other than that…. I live by the sea so I love chilling at the beach and hanging out with my girlfriend and my friends. Also I enjoy cooking, but put a gun to my head and I still can’t follow a recipe

TSWS:  Who are you listening to right now?

TSWS: Are you doing any live performances?

Yes – I am playing in Portsmouth on Thursday May the 5th at The Loft, and then headlining in London on Friday May the 20th at Signature Brew in Haggerston.

I initially create all my productions at home, I tend to make them fairly detailed to be more efficient with my studio time. Then I rerecord most of the parts at the studio.

Don’t worry too much about what everyone else is doing, find your own path - whilst holding what the industry is doing in your periphery. It’s a balance. Also, social media is your testing ground! Don’t be afraid to experiment on it.

Thank you for listening! My reason for doing all this is to connect to people – so it really means the world when I get to have a conversation with somebody who relates to what I’m doing.