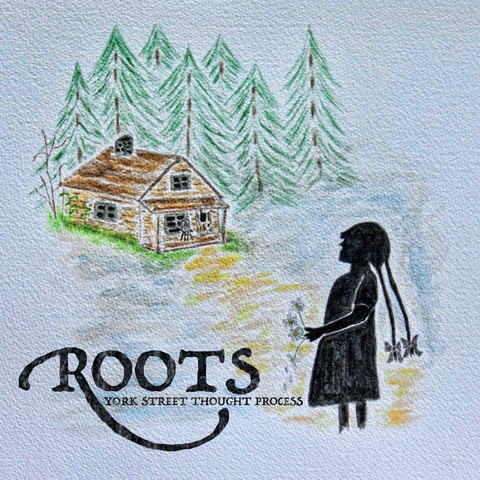 A new single from York Street Thought Process comes through with a warming and detailed recollection with so much detail that it paints pictures with a vivid and powerful approach and a cinematic backbone that lets the song swell and breathe letting it swallow you whole.

"Sickly Sweet" feels like a song that was written in the 70's and it feels so genuine it's unreal.

You feel this sadness drip through and it wraps itself around you and lets you get engulfed in its graceful and honest performance.

Everything about this track is authentic, whole hearted, truthful, and built with plenty of emotional drive.

Songs like this make you feel and they make you think and they cause memories to pop into your head.

It's just great for this to happen. For music to take such a heavy affect. It's what it was meant for.

This was an absolutely beautiful performance in all parts. The acoustic guitar is soft and the song becomes a bit bigger as it builds and starts to feel orchestrated but still so incredibly personal.

The vocals pull you right in. You're paying attention to every detail of the story. Of the theatrical tonality and the feeling it all gives off.

It's like the song was just for you. It has a powerful impact and takes a piece of you with it when it ends and that is exactly what songs like this should do.

With the release of such a wonderfully woven piece, we wanted to touch base with York Street Thought Process to find out about where this single actually came from and what may be next.

TSWS: Let's kick things off with the "Sickly Sweet". This song has such a great cinematic feel to it. Where did this single come from?

Thank you! The song is about a falling out between two friends where they both easily revert to childlike tendencies in their anger. Our new album “Roots” follows the story of a woman from youth to the end of her life, and outlines broken relationships she has had throughout, due to her life choices.

TSWS: When did this all start for you guys? How did you get together?

When we first met, we would park in a parking lot on York street in Rachael’s home town (Stratford, ON) to drink coffee and talk - that’s how we came up with the duo name “York Street Thought Process”. We played local shows together for about 3 years before we decided we would go further with our musical duo and record an album under the new name!

TSWS: This track has some great styles! Can you all give us some of your top musical influences?

We are both really influenced by Adrianne Lenker, Laura Marling, and The Deep Dark Woods! On our Spotify page we made a playlist of some specific songs that influenced the album that you can check out if you’re interested!

We like to go on hikes and out for coffee! We have also spent a lot of time watching Peaky Blinders recently!

TSWS: Who's in all your headphones right now?

Jason Isbell has been in both of our headphones lately! We love “If We Were Vampires”.

TSWS: Are you guys doing any live performances right now?

We’ve been lucky to play quite a few local shows this summer! We play anywhere from breweries to festivals to restaurants. We are having an album release party on August 19th in Jaron’s hometown (St. Marys, ON) at a coffee shop we have played at bi-weekly since April!

TSWS: This track feels like a big undertaking, is there any advice you'd give to other up and coming bands out there?

Find a space to record where you feel you can express true creativity. We chose to rent gear and stay in a cabin for a week to feel immersed in the album recording process. We both feel like we could not have recorded this album in the same way if we were in a studio with others around, or recording from home where there’s other distractions!

On August 18th, our debut album “Roots” will be out on all streaming services! Stay tuned to our social media for future shows!

Thank you so much for listening to “Sickly Sweet”! We hope the song’s meaning and textures bring the listener on a journey.