An Interview With Zoe Bayani 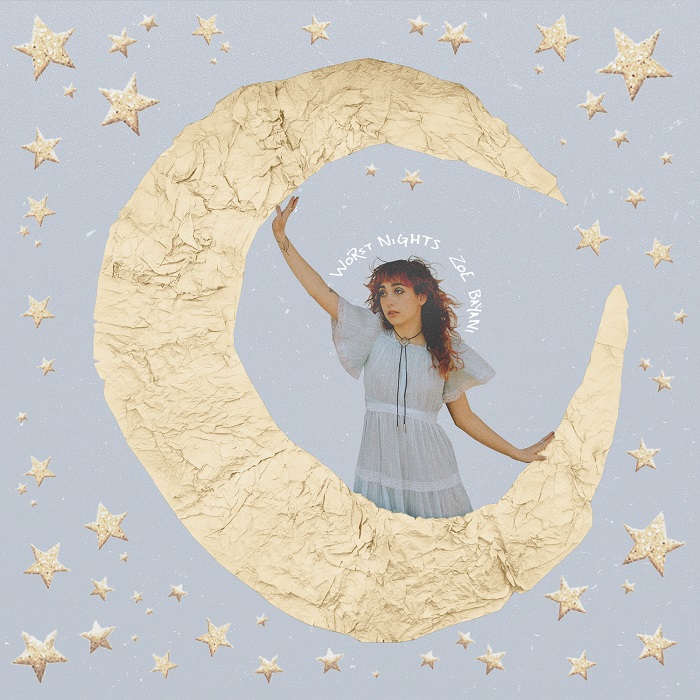 The latest release from Zoe Bayani is a beautifully woven and personal EP that feels like maybe the most relatable set of songs you've heard in some time with graceful performances vocally and musically as horns ride out, pisno's bop along and the songwriting touches on vintage styles.

The best thing about this record is that you learn to expect the unexpected after a few songs. They all have such a klush feel and so much diversity between each other that it's absolutely enticing.

The songs float and bounce with a wondrous brightness and this allure that makes you want more each time.

They have such great melodies, hooks, choruses and verses all draped in a vivid palette of sound and textures that compliment each other and are performed with this at ease undertone.

It's all impactful, dreamy, poppy, and gorgeous.

You float your way through this EP which, by the way, feels much bigger as it's laced with tasteful piano licks, and swaying guitar sections underneath harmonizing vocals that sooth and tell stories.

You get all sorts of genres that peek their heads out here and there and her charm works perfectly no matter which it is every time.

Those melodies are the kind that make the hair on your arms stand up and by the end you question whether or not you've fallen for her all together.

This was a genuine and character riddled record that fulfilled me completely.

With this excellent release, we wanted to have a chat with the artist to find out where this all came from.

TSWS: Okay so let's start with the Worst Nights EP. This record has a wonderful contemporary undertone to it!  Where did this record come from?

I recorded this record in Georgia, where I am from. I work with a producer named Lee Davis, who is a legendary blues and country piano player, guitarist, and music technology genius, who has a studio out in Maysville, about 2 hours north of Atlanta. His background in country and blues music had a huge impact on my record and all of the other work I have done with him. I love mixing old school styles and ideas with new recording techniques and song motifs!

Some of my biggest musical musicians are Phoebe Bridgers, Courtney Barnett, and Joni Mitchell in terms of lyrics, and then Faye Webster, Fleetwood Mac, and Kurt Vile in terms of instrumentation and style! I also am heavily inspired by any folk and soft/classic rock from the 70s, especially if it is by a female artist.

I fell in love with music as early on as my memory goes! I was constantly making up songs and singing along to Disney soundtracks when I was little, even when I barely knew any words in the first place, much less the correct lyrics. I remember being obsessed with Kelly Clarkson, Lady Gaga, and Miley Cyrus, Taylor Swift, and Carrie Underwood when I was a kid and I would constantly carry around my little portable CD player and sing out loud with literally no regards to the ears of the people around me. It was probably quite obnoxious, but it inspired my parents to put me in voice and piano lessons when I was about 5 years old. Ever since then I was obsessed with the idea of being a "rockstar". I did tons of recitals growing up, and participated in School of Rock throughout middle school and got a lot of performance experience. I didn't start getting serious about writing until I was about 15 years old, because I knew I wanted to wait until "something happened to me" that I could write about, so as soon as I entered my adolescence I just started dramatizing every aspect of my life and every emotion I felt so that I could get it down on paper. I've been writing the same way ever since, honestly.

Since the release of my EP, I have been playing some shows in Atlanta, and as of now I am actually just a few days away from my first show with a full band! I hope to continue playing shows in Atlanta, and hopefully book a few in other states before 2022 is over. I am also going to record some more songs in about a month and I will be working with the same studio and producer that has worked with some iconic Atlanta artists such as Lunar Vacation, Rose Hotel, and Dinnertime, so I am very excited for that!
I usually get inspired to write a song when I am upset. I honestly find it very hard to write happy songs, because I never have anything to get off my chest if I'm happy! When I am in a good mood there is nothing polluting my mind in the same way that more melancholy thoughts do. A lot of my songs are about existential dread, or relationship qualms. I take a lot of my lyrics straight from entries in my journal, and believe me, there are so many lyrics that even I think are too somber to make the cut! (I'm fine though, don't worry).

When I'm not working on music I work at a vintage shop and I have a huge obsession with antiquing and shopping at vintage stores. I've always been interested in fashion, history, and I love collecting random little things, and so it is the perfect hobby for me! I also love being outdoors and hiking! I actually get a lot of song ideas when I am walking in silence through nature and have an entire hike to think over something.

Right now I have been listening to Big Thief the most out of anyone. It's really hard to single out one artist because I could make an endless list, but that is just who it says my top artist on spotify is right now! I think Adrianne Lenker has the most bittersweet and passionate voice, and her lyricism is so clever and descriptive, I can often imagine and feel exactly what she sings about. Her solo work and her work with Big Thief is such a comfort to me, and I have never gotten tired of any of those songs.

I am doing live Performances! They have been at local venues in Atlanta such as Smith's Olde Bar, Furnace41, and 1971 sounds. Since I book everything myself at the moment, I have no set tour/performance schedule really. You can keep up with me on instagram @zoeibayani, I post the most on there and I always promote any show I am playing! Right now, I have one coming up on July 1 at 1971 sounds opening up for Zach Butler, July 8 at Smith's opening for Brandon Alexander, and September 3 opening up for Pinto Sunshine and BadCameo!

TSWS: This EP seems like a big undertaking. What kind of advice might you have for other up and coming artists out there?

I'm not the best at giving advice, but if there are any other upcoming musicians who are in the process of recording and releasing projects, I would just say don't rush yourself! I would get super stressed during the recording of my EP and felt so pressured to push songs out as fast as I could and to keep consistently writing, but the harder you try to do that, the lesser quality your work will be. Unless you have an actual deadline for a release, you are never running out of time, and you are never being too picky or detailed on a project! Only write when you feel genuine inspiration or passion, or else your songs won't be the best representation of you that they can be. Always make sure your projects contain every detail you want them to, and never feel annoying if you need to go back and change anything, or if you need to assert yourself in a studio. Make music that you will be proud of!

To whoever is a fan of my music: Thank you, from the bottom of my heart. I am never good at expressing emotions in person, and so the fact that people will listen to me talk about whatever I want in my songs means the world to me! I hope that my music has enveloped the experiences of "coming of age" and that the stories I tell can provide comfort for anyone who understands them. I have got so much more music on the way, so keep listening and keep checking in!