An Interview With Joe Billy 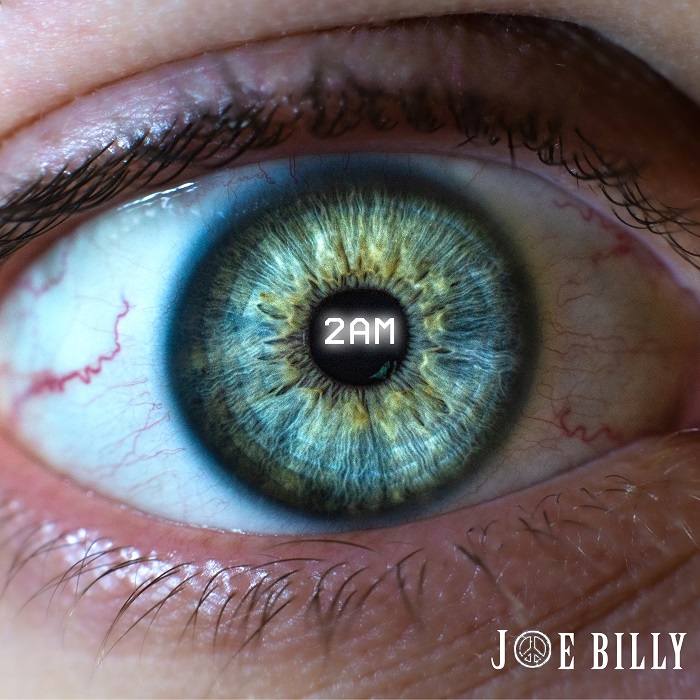 A new single from Joe Billy comes through as a stripped down and very honest feel that bares all and starts off as a sullen but meaningful undertone until it explodes into a pop punk soundscape with a full band and electric guitars and all the while the emotions are still high and the drive is always there.

"2am" is a message for someone. Someone important and it's a truthful and beautiful message that is portrayed in the form of this living breathing pop song that bounces from acoustic and vocals alone, into bursts of those rock sections and it all has this swagger that becomes pretty addictive really.

It's the honesty in the words "all I wanna feel is like I'm doing something right".

That line among many others that really gets you. It's relatable and a song like this is designed to get things off your chest. Maybe this is the way Joe Billy does it. He has to sing about it. Not a lot of us have that option of course but it's great because a song like this makes us feel like we're not alone in whatever struggle we are in really.

We all feel this way sometimes. At one point or another we all understand this song more than we want to even if we don;t want to admit it.

I think that's where this single gets so addictive. It's an infectious form of truth. Being able to shout it out like that. Sing it for everyone to hear.

This release shows a brilliant songwriting style that lets a song breathe. It gets quiet and stripped down, then it comes into these shout out loud po punk parts and it all makes perfect sense.

By the end you see the charm of it all.

With the release of such a great single, ew wanted to have a chat with Joe Billy just to see where this actually came from and what may be next.

TSWS: Okay so let's start with "2am". This record has a very honest and real feel to it! Where did this album come from?

So “2am” is the first single off of my new album “Fissure,” which is going to be my 4th full length album. The song “2am” is basically a message to all of the people we care about that we will always be there for them, no matter what. Over the years, I’ve always tried to be a supportive person in any way I can. I’ve always wanted to write a song that at least somewhat depicts my feelings on being part of someone’s support system, but this one finally felt like I could give that message justly. So I hope it resonates with folks the way it does me.

The album as a whole derives from many thoughts and feelings I’ve had over the past few years. It’s called “Fissure” because this batch of songs has an overall theme of the various ways we can experience or perceive division or conflict. From politics, to socials issues, to battles within ourselves, to interpersonal relationships, and so on. There’s a lot of chaos on this album, a lot of tension, a lot of hard questions, a lot of reflection.

TSWS: So how did this all begin for you? When did you fall in love with music really?

Oh man, so I don’t talk about this much, but the first memory I have of really connecting with music was when I was probably 6 or something. And “Iris” by the Goo Goo Dolls came on the radio. And it just moved me in a way I hadn’t experienced before. Hearing the lyrics “And I don't want the world to see me, Cause I don't think that they'd understand, When everything's made to be broken, I just want you to know who I am”

cut me so deep, especially with how it was sung melodically. And since then, I was just always so connected to music. I would find songs and bands that resonated with me constantly and I just decided I wanted to do that. It took a while for me to eventually get to PLAYING music, but music has been such a big part of my life since I was very little.

TSWS: Who is in all your headphones right now?

I have been listening to the new Joker’s Republic album “Necessary Evil” on repeat like every day, it is so good. Aside from that I have a playlist of various songs I like, everything from punk, to folk, to folk punk, to pop punk and so on haha.

Most of the time, it’s stuff that I’m angry about. Other times, it’s other things haha. This is actually a pretty tough question cause the answer is kind of “anything could.” Like, much of my music is very open minded and thought provoking about issues I find important, and then other times, I have songs like “I’m The Motherfucking Spiderman.” So it’s really anyone’s guess.

Haha that’s honestly always a tough question, because so much of my life revolves around music. I’m either writing/performing/recording for my personal music, or doing drum sessions and shows for various bands and artists, as I am also a working drummer. My full time job is teaching music at a School of Rock in my area. So whenever I’m not doing any of that, I do love going on hikes, cooking, getting into deep talks, finding new gluten free pizza places, playing video games, reading, getting together with some friends and just doing anything to enjoy each other’s company, or spending time with my partner.

TSWS: Would you say live performances are a big part of what you do?

Absolutely. I think that was the first thing that I ever really struck a passion for; was to perform on stage in front of people with music I love. And now, playing a show is one of my favorite things to do. Being able to entertain, being able to meet new people and to connect with them and play songs that they hopefully resonate with, there’s nothing that can really beat that.

TSWS: This song feels like a big undertaking, is there any advice you'd give to other up and coming artists out there?

Haha, for the record this whole album has indeed been a lot of work. It’s been about 3 years in the making at this point. Through lockdowns, various hurdles, frustrations and changes of plans, one might say it was a lot.

Honestly my main advice would be to try to plan everything out the best you can, but also prepare for things to change. Like prepare as much as you can, get a plan together, know what you have to do, get all the things done, but try your best to be patient and flexible too, and ALWAYS leave wiggle room. You don’t want to have really tight deadlines and then end up not making those deadlines for whatever reason. I’ve always been a pretty impatient person too, and so these past few years have been a big growing experience for me.

Well new songs for sure! I’ll be releasing singles that will culminate into the new album. We’ve of course got a bunch of shows continuously getting booked, both with the band and solo. I got a few music videos for some of the new songs. Definitely hoping to get back on the road later next year. I haven’t told anyone this yet, but there will be new merchandise soon as well!

Simply, thank you. Without people supporting my crazy ass passion, I wouldn’t be able to keep doing this. I’ve gotten to meet so many awesome people and make life long connections. I’ve had so many amazing opportunities. Hearing that my music has moved someone in any kind of way is the most fulfilling thing as well. So in every way possible, thank you.

And as a friendly reminder, as the message of “2am” conveys, no matter who you are, where you’re from, what you identify as, how you love; if you ever feel like you have nowhere to go, you will ALWAYS have a place in my community and at my shows. Bigots of any kind are not welcome though haha. Much love everyone.