An Interview With Nicky Aiken 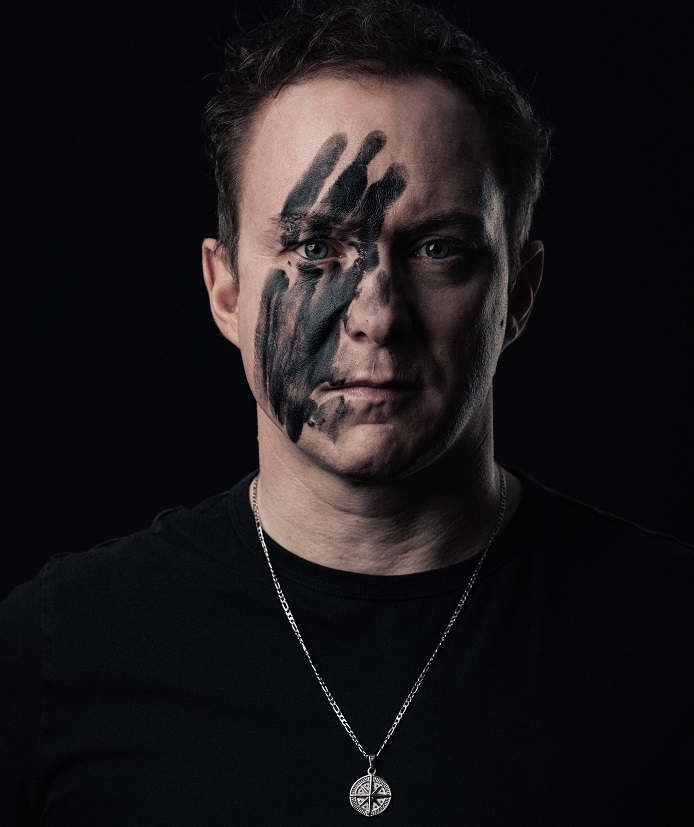 Nicky Aiken just dropped a full rock anthem that you can feel in your bones with raging guitars, a heavy impact and a classic rock influence that shines through into a current pop rock approach.

"Warrior" is bountiful and robust with all kinds of killer production effects and it gives that tonality of a rock song you'd hear on the radio anytime from the mid 80's to right now which is a massive span of time.

But that's what the song is. It thrashes with impactful cinematic soundscape, guitar bends, vocals that have guts and glory, and just the right amount of grit.

The best thing though, is the amount of love this guy has for his craft.

It's a loose and fun track but there are a lot of intricacies that went into this one.

You want to get up and chant along with your fists in the air by the second chorus in.

It's got soul that bleeds out onto every note with every minute that passes.

This release will grab your attention and keep it otherwise you might just get slapped.

By the way, if you dig this track, you'll love every single release from Aiken hands down.

He's got that magic sound that drives you. It gives you energy.

With the release of such a banger, we wanted to have a chat with Aiken to find out where this all came from really.

TSWS: Okay so let's start with "Warrior". The track has such a full and huge rock feel to it! Where did this single come from?

I left my old band ‘The Temple Sons’ and I had no idea where I was going to go, and what direction I was going to go in. I had about 4 Rock/Pop/ Electro songs waiting and felt it wasn’t right for me and would have seemed false/half hearted. So, I started writing and playing in the percussive style that comes naturally to me as a Drummer. I wrote a bunch of songs in a blues rock style, very fun and some of the licks are catchy as fuck! But it wasn’t the Song I was looking for, it wasn't the song that was going to re-invent me as a solo artist. But in the lead up to a recording session I wrote ‘I’m on Fire’ which was perfect for the first song, and then in the lead up to the 2nd recording session, I wrote ‘WARRIOR’. Warrior was inspired by me not wanting to Give up on music, but sounded too self-indulgent, so I swapped a few bits around to make it more about not wanting to give up on a relationship, and how some relationships are worth fighting for “I can be your warrior”. Which I feel fits perfectly.

I’m a massive fan of 70’s Rock, I grew up with My dad blasting all manner of Prog Rock. I fell in love with Rod Stewart's voice, and I’ve been trying to sing like him since I was 13. His solo work The Faces and even the old Jeff Beck group stuff, all gold to me. Good Fun Rock songs that last through the ages and make people happy. Which is ultimately my goal too. I also love Deep Purple, Bruce Springsteen, Th Black Keys & Gary Clarke Jr (Who’s fucking Awesome) to name but a few. I’m also a massive fan of 90’s Hip Hop!!

I got my first Drum kit when I was 11/12 (Can’t really remember) it was a junior Kit which I destroyed within months of having it, good job my folks picked it up for almost nothing in a Car Boot Sale. Then Christmas that year, I got my first Drum Kit… and tried to start a band. Played for a few years, got pretty good and joined a band that Gigged in town at 16. Was funny trying to hide from the Bar staff as I wasn’t old enough to be in half the places we played. Was great, had some good times and even met Royalty (Prince Charles – long story). I wanted to do it full time, I loved it. SO I auditioned to play drums at College which would then lead to Uni, but on the day before the audition they asked me what my 2nd instrument was. I shit myself, a 2nd instrument? I spouted off Guitar and in a flurry of fear begged my mate to teach me 3 chords. Passed the audition, hated the College people and Joined the Marines! During my 6 years in the Marines, I began playing the Guitar more & more and began writing songs, a lot of them were so bad. Haha But I wrote enough to try and do it once I came out of the Marines, and I’ve been trying on and off for years.

I’m trying to build a fanbase, and I’m hoping that by releasing another single called ‘Hallelujah’ (Not a Religious tune or cover in any way at all) I’ll get more interest then get a New Band together and get touring. I’ve landed some amazing Gigs recently, and even acoustically I’m managing to get engagement. But the Band thing will be coming soon.

Its hard to say. I am my most creative first thing in the Morning. I could be making breakfast and then it’ll hit me, I’ll hear a lick, or melody or phrase. Scramble for my phone and sing it into the Voice Recorded, which is full of ideas that never make it to Demo. I did write a whole EP based on losing my Job, but that was because I had nothing else to do at the time.

I work for a Satellite Communications company.

I’ve been listening to Ill Communication (Beastie Boys), Arcade Fire's new album, The Black Keys new Album and I’ve just started listening to Kendrick Lamar’s new Album, jury’s not out on that yet. I need to give it a few listens.

I recently played a Sold Out Show for Elephant Sessions (Scottish Band), and the Crowd was next level. They’d never heard me before and I managed to get them to sing along to a Song they’ve never heard, so I was Buzzing off my face by the end! I’m hoping to get a small run of shows after Single 3, but it still needs to be planned properly.

Do what makes you happy, don’t try and fit in with what everyone else appears to think is Cool. Stay true to yourself and you’ll do all right. People can see through bullshit and if it's not authentic and ring true to you, you’ll never sell it.