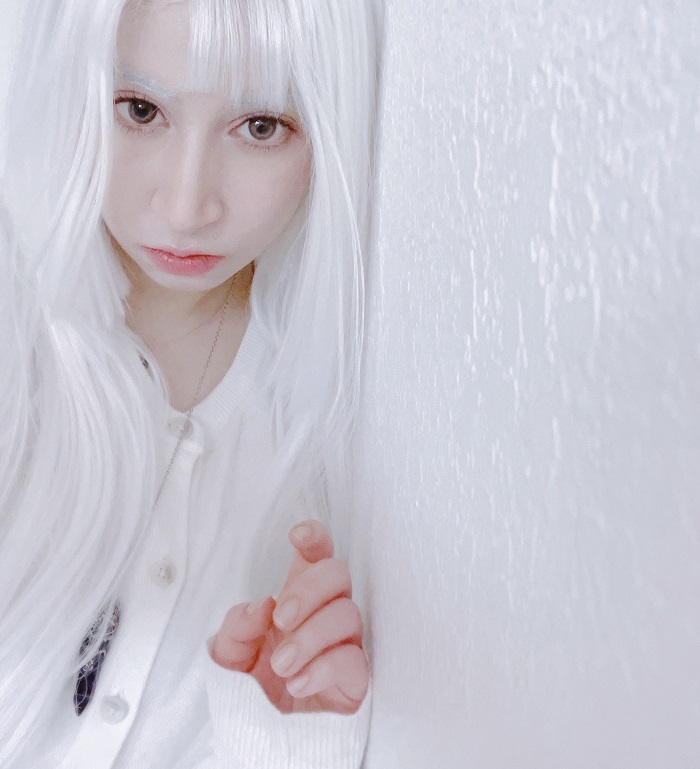 A new release from SnowDragon brings out a unique a drifting dream-pop sound that grows into and edgy scope that has the ability to engulf and take you over with an allure that becomes quickly infectious.

"Maior e Longinquo Reverentia" is a step into another world entirely. It's a step into a dream that has a hunt in the background lurking just beneath the surface.

The song grows in intensity as it plays on and builds quite a vivid picture as it portrays such a gorgeous palette of sound and textures including vocals that feel airy and emotionally driven.

The song indeed has a sort of emotional drive that attaches itself to you and you begin to feel it in your bones.

The release has a beautiful tonality that can really wash you away with it if you let it. And you should let it because it feels great to do so.

It's been a long time since hearing a single that breathes and swells quite like this one does. As if it is actually alive.

It's a refreshing and impressive piece of music with a wonderfully graceful approach.

The drums feel massive and impactful and the song feels passionate and real. Like it came from a real place indeed.

With such a perfectly and intricately woven single, we wanted to have a chat with SnowDragon to find out where this came from and what may be next.

TSWS: Okay so let's start with " Maior e Longinquo Reverentia ". The track has such an edgy and enticing feel to it! Where did this single come from?

• Some of my songs just suddenly come into my mind space as I reflect on something. This was one of them. This song was originally a thought I had about how all the pain and ugliness of life, when everything is viewed from a distance to see it’s totality- it becomes awesome in how it all fits so perfectly. But amidst it all, that beauty narrows itself into a hellish tunnel. Hence, the Latin phrase “maior e longinquo reverentia” (all is viewed with reverence from afar) is the song title.

• There’s a few! Chopin, Beethoven, and Bach are my biggest musical muses. Also reconstructed music from ancient civilizations. They hold an air of mystery to them, such as the Hurrian hymn no.6 (c. 1400 BCE). My biggest influence, however, is of ancient cultures. The past holds so many secrets, so much knowledge and beauty… It endlessly intrigues me. Ancient mythology inspires much of my lyrics. I’ve always loved Latin as well, starting from when I studied it in school. Ancient languages hold a special place in my heart. More than other musicians, the feeling I get from something is my biggest inspiration. The awe and wonder you feel on a white, snowy morning. The fluidity of water. The carefree passion of young love. The purity or the anguish you feel when praying. These things inspire me to take that feeling, and recreate it as sound.

• That… is an incredibly difficult question to answer. My story is unconventional. I always loved music and excelled in it in elementary school. Every chance I had, I’d play the piano on display at Costco, despite not knowing how to play it. I’d just play by ear, and some people even stood by to listen.But, some parents have their own emotional problems, and don’t want their children to succeed. I didn’t have parents that loved me. They did their best to keep me from playing music via oppression from fear and abuse.Once I escaped the situation and found a safe place to live, I remember stumbling upon a video of a harpist. I fell in love with the harp again, instantly. I was living in poverty with my partner, so there was no way I could afford a harp. One day, the urge to play music overcame me. The suppressed rage and pain spanning two decades suddenly crashed over and blinded me. I found a lyre on Amazon for about $50, and my partner caved in when he saw how important it was for me to play music. While it was an enormous expense for us, the moment I touched those out-of-tune strings, I knew this is what I wanted to do for the rest of my life. That day will turn to one year next month in June.

• I’m not sure yet. Life is unpredictable, especially so now for me. I’m currently focusing on refining my voice as an artist. I love so many genres of music, and how I choose to express myself is based more on my emotions than the genre. The genre is something I feel changes depending on the mood of the song. That’s why I sometimes incorporate several genres into one song. My voice is multidimensional. I am layered like an onion, but I have no core. I need to find a way to be all that I am in a way that feels authentic to me.

I also won’t be in the US much longer, so I need to make songs in Japanese to also appeal to my future audience when I’m there.

• More than anything else, how I’m feeling! As an artist, taking pain and transforming that into beauty is healing, and gives me a sense of pride.

•Probably meditating or in nature. I’m a very spiritual person and it’s helped me overcome the darkest time in my life. Or I'm cooking (gastronomy is my passion). Or studying. I love learning, whether it’s biology, languages, investment, psychology, astrology, history or art.Before I decided to pursue music, I was majoring in neuroscience. Frequent Intellectual stimulation is necessary to keep sane.

•Bach. His album for the lute. Haha. I am a major fan of classical music. Particularly the medieval, renaissance, classical, and romantic eras.

•Not right now. It’s out of the question in my current situation. But I plan to do so in Japan!

• It’s never too late to start chasing your dreams. I started much later than I would want to, but life had its own plans for me. I won’t let anyone or anything keep me from doing what I love because I don’t want to leave this world with regrets when that time comes. Live for the moment, and believe in yourself, even when the world doesn’t believe in you!

• I hope my music makes your day a little brighter.  From my heart to yours, thank you for everything.