An Interview With TV People 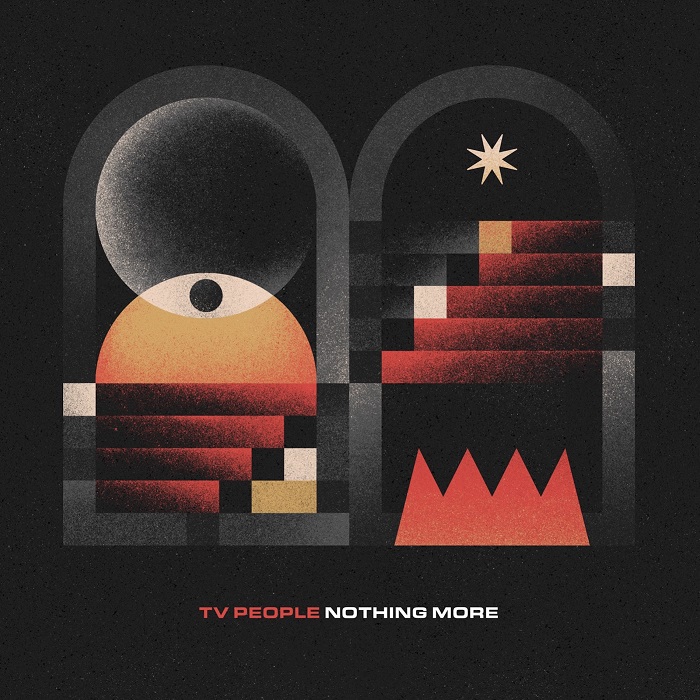 TV People just dropped a new single that crosses progressive with alternative rock and does it all with a dark edge always peeking through.

"Shallow Minds" is a vast and deepening track that breeds an undertone of gloom in the vein of bands like Interpol but they bring some enlightening changes and surprises at every corner.

The single shows some infectious character vocally and the band explodes into heavy rock sections when you least expect it.

The song is bursting with cinematic tonality and has a certain sheen to it that becomes quickly addicting.

The single is released ahead of their EP entitled Nothing More which shines with  swagger and attitude.

The tracks on the EP blend together with ambient guitars and touch on bands like Arcade Fire but with a much cooler style.

These guys have a knack for creating an atmosphere with their songs and it's like stepping into their world.

Once you're there, it's tough to want to leave again. You'd rather stay and let the songs engulf you and the textured sounds swim around you like a rock dream.

The record comes through with a youthful gusto and feels mysterious and slightly brooding at times.

With such a massive soundscape, the Nothing More EP is a head turner for sure.

With the new single dropped, we wanted to touch base with the band to find out where this all came from and what may be coming next.

TSWS: Okay so let's start things off with "Shallow Minds". This track has an amazingly progressive and dark almost post-rock undertone to it. What a great crossing of genres! Where did this track come from? [Bren]

‘Shallow Minds’ is definitely one of our more complex songs and it’s one that we are very proud of. I remember it started with that unusual bass line at the start of the song. At the time, I was listening to a fair bit of Red Hot Chili Peppers and I guess I was influenced by those iconic drums in their song ‘Blood Sugar Sex Magik’. They inspired the opening drum part in ‘Shallow Minds’. We then added those cool syncopated chords to the pre chorus and jammed around that idea. We tried to be ambitious instrumentally and have lots of dynamic energy against a dark and gritty production style.  The tune then came together in the rehearsal room as well as remotely writing it from home. I think writing that way was really interesting, especially in terms of the drums. It was cool to be able to program a really ambitious part at home and then worry about learning how to actually play it later. I think it allowed for more creative expression.

TSWS: Can we expect more of this style on the upcoming Nothing More EP? [Bren]

We always just write music that we think sounds cool to us and don’t really worry about whether the songs as a whole have a particular or consistent style. They definitely do though lean towards a rhythm centric, dark and brooding kind of aesthetic that is probably just a testament to the way we think music sounds cool. We always try to maintain excitement and energy in the music and can be pretty obsessive over the arrangements. We are lucky that we collaborate with great people as well like Dan Doherty, Caesar Edmunds and Christian Wright who understand our taste really well and have contributed hugely towards helping us produce the kind of style we like.

TSWS: What were some inspirations behind the EP songwriting wise? [Paul]

The songs on the EP were definitely heavily influenced by the isolation and anxiety of the last year. We spent a long time in lockdown and separated from each other. We were writing these songs at home in an almost therapeutic way to keep ourselves going. It was our way of releasing our frustration and stress from ourselves, which is why a lot of the songs tend to be on the darker and moodier side. There's an undercurrent of melancholy throughout the EP, even on the songs where we were trying to be a bit more optimistic and hopeful, and I think that feeling stems from our headspace at the time we were writing the EP. One of the very few benefits of the COVID era for me was the intense feelings of self-reflection that all of the isolation brought out in me. I started to question my life and myself a lot more, which helped me to be a lot more open and vulnerable in my lyricism on this EP than I would have been before.

TSWS: I'm hearing some incredible rock influences on "Shallow Minds". What bands really influenced you guys as a band? [Paul]

Myself and Bren both would have listened to the same guitar bands growing up, like Arctic Monkeys, The Strokes, Interpol and Pixies. All of those bands have definitely influenced our musical tastes, but we generally just try to make whatever we think sounds good in the moment. We usually have a speaker going on our rehearsal smoke breaks where we take turns showing each other bands and songs that we love, and I'd say a lot of the artists on that playlist, like The Velvet Underground, Do Nothing, Sleaford Mods and King Krule, have probably indirectly influenced our songwriting. I remember listening to a lot of MGMT's 'Little Dark Age' and 'Ultimate Success Today' by Protomartyr while we were writing the EP also, so I'm sure they probably influenced the tunes a bit as well.

TSWS: So when does the full Nothing More EP release? [Paul]

TSWS: What are you guys doing when you're NOT working on music? [Bren]

We are pretty obsessed with music really so most of our spare time goes into jamming, writing or playing gigs when they existed. We also are self managed at the moment so there’s always something to be doing. I’m also finishing up a PhD in astrophysics which has been really interesting to do alongside the music.

TSWS: What do you think is next for you all as a band? [Paul]

A holiday would be nice! In seriousness though, we're hoping to get our debut album out in 2022. We're busy writing material for that at the moment which is good craic, but we really want to get back to playing gigs in front of an audience as soon and as much as we can. We really miss the buzz of playing live and we'd love to get over to the UK and Europe for a few shows. It's all still very up in the air in terms of planning anything in the short-term but we're hoping to try and get a small tour booked in soon.

TSWS: Who are you all listening to right now? [Paul]

TSWS: With things up in the air, do you think you might be putting on some live shows? [Paul]

We have a headline show in Dublin on October 7th in Whelan's. It's meant to be a full capacity gig but it's hard to know if it will even be allowed to happen. The Irish Government hasn't given any form of meaningful guidance on when live music will be allowed again so it's impossible to predict what will happen. It feels like the arts have been largely forgotten, especially when you see football matches with 40,000 people at them going ahead. The optimist in me would hope that we will be able to get back gigging flat out soon, but it's still too early to say. We've been lucky to at least get to play a few livestreamed gigs in amazing venues like Central Arts Waterford and Mike the Pies during the last year. We'll also be playing Ireland Music Week, which will be broadcasted in October, so that should scratch the gigging itch until 'normal' gigs are back.

TSWS: Do you guys get together to rehearse? Did the whole pandemic slow things down at all? [Bren]

We are back rehearsing regularly now with a full band which has been really exciting and fun. We have a nice rehearsal space with all our gear right beside Darklands Audio where we record. The pandemic slowed stuff down a lot but we kept writing from home during that period. We made some of the music we are happiest with during those difficult times so feel grateful for having music as something meaningful to do during lockdown.

TSWS: Can we expect any music videos in the near future? [Bren]

We don’t have any plans for a new video right now as part of the EP but for our debut album we will. We usually work with my brother Rob to make the videos who has been an incredible help to us. Its always a really fun day when we shoot them and I think Rob’s film style really brings the music to life.

TSWS: Okay so you all wake up in the middle of the night starving half to death. What's your go-to midnight snack? (a question of character here people)

TSWS: Before we go, what would you want to say to fans of the music? [Paul]